The rise in infections with the Delta strain of covid-19 virus spread across dozens of countries and Pfizer and BioNTech’s demand for a third booster dose, has caused controversy among doctors and specialists and growing concern among people around the world after positive signs of vaccination campaigns, but there is information to know about scientific facts and the opinion of epidemiologists.

* What is the booster dose of the vaccine?

Boosters are an additional dose of the vaccine given to maintain the protection that the vaccine creates against the disease, and are commonly used to promote many vaccines, because immunity can fade over time. For example, a flu vaccine needs a booster dose each year, and a diphtheria vaccine every 10 years, according to a report on The Conversation. Boosters are often similar to the original vaccine. However, in some cases, the enhanced dose is modified to enhance protection against new viral mutations, such as seasonal flu vaccine, al-Jazeera Net reported.

* Pfizer’s demand and its reasons

Pfizer BioNTech requested a third dose of its Coronavirus vaccine, after its data recorded a decrease in the immune capacity of the first and second doses.

Pfizer and BioNTech said in a joint statement that they noted that there were encouraging results from trials on a third dose of the current vaccine and that they were moving “to provide this data to the U.S. Food and Drug Administration, the European Drug Agency and other regulatory authorities.”

“Preliminary data from the study show that an immunization dose given 6 months after the second dose provides high levels of antibodies against the virus,” including against the beta mutation that appeared in South Africa. These levels are “5 to 10 times higher” than those seen after receiving the first two doses, al-Hurra reported.

In a joint statement with the Centers for Disease Control and Prevention, the U.S. Food and Drug Administration said that vaccinated Americans do not currently need to take a third dose of Pfizer’s vaccine, asserting in a joint statement that “fully vaccinated people are protected from serious complications and death, including from infections of new mutations currently prevalent such as Delta,” according to CNN.

In response to a query from the German news agency DPA, the European Medicines Agency said yesterday that so far, insufficient data on the period of protection from studies and vaccination campaigns have not been collected, so it sees no basis yet for booster doses of the Coronavirus vaccine.

According to Deutsche Welle, the data will be evaluated quickly as soon as available, adding that the agency is in contact with manufacturers regarding boosters to take regulatory steps as soon as possible, if necessary.

“The idea of giving a booster dose has been present in vaccine and epidemiology since ancient times and is not a new idea,” Said Dr. Darrar Belawi, an infectious disease treatment consultant, told Al-Hurra.

“Evidence and research have shown that Pfizer or some other vaccine doses are capable of dealing with COV, and the idea of a third dose is on the table because antibodies to the virus are low in patients and the elderly,” Belawi said, noting that “mutations have reduced the effectiveness of vaccines by 20 to 30 percent, but Pfizer vaccine doses and some vaccines are still able to deal with mutations.”

“The third dose is a reminder, which reminds the immune system to form antibodies and strengthen immunity, and this happens with regular vaccines, and this is an old concept,” epidemiologist Dr. Ahmed Al-Tasa said. “There are studies that show that immunity decreases after a year of vaccination” and that “the higher the level of antibodies, the better and stronger the response to Delta mutation and other mutations,” said Dr. Rola Hosseini, a specialist in bacterial diseases.

The Delta strain, first discovered in India, is the dominant strain of Coronavirus in the United States, according to the CDC.

Earlier last month, the results of a U.S. study showed that Pfizer and Moderna vaccines against Corona could protect against Covid-19 for years and possibly life.

“The findings add to growing evidence that most people vaccinated with messenger RNA vaccines may not need boosters (additional doses), as long as the virus and new strains of it do not develop much,” the New York Times said of the study, published recently in Nature Magazine. 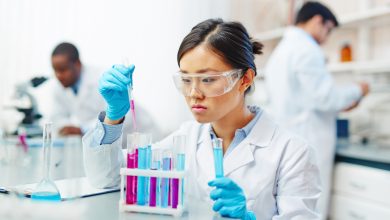