Doha: Qatar Judo Athelete Ayoub Al Idrisi, has officially qualified for the Tokyo 2020 Olympics, which will be held in Japan from July 23 to August 8.

Al-Idrisi has participated in many camps in Japan, Morocco, Algeria, Uzbekistan and France, and has encountered the best international players and trained with them under the supervision of his coaches, Mohamed Bouhdo and Hamid Chaalali.

In a statement on this occasion Secretary General of the Qatar Taekwondo, Judo and Karate Federation,Mr. Eid Al-Muraikhi, expressed his happiness over the qualification of Al-Idrisi, a player who supported judo, to the Tokyo Olympics.

Al Muraikhi said in a press statement that this qualification is an achievement for Qatari sports, the Qatar Olympic Committee and the Qatar Game Federation for their continuous support and advancement of sports to the Olympic ranks and their keenness to have the most supportive team in the Olympic forum.. He added that this qualification came after extensive training for the most supportive player and his participation in external camps. And his contact with the world champions, as he managed, during his participation in international tournaments, to collect the total points of his family for the Olympics.

With over 1.5 million visitors expected to make their way to Qatar for the World Cup, guest management is an important part of the tournaments success. Sama Rubie, SC Guest Management Manager, is working with her counterparts at UEFA and the Dutch Football Association as a Guest Liaison Officer at the Johan Cruijff Arena, where she is managing the attendance of dignitaries, which have included FIFA President Gianni Infantino as well as the King and Queen of the Netherlands.

Rubies role during the tournament includes coordinating meetings between the participating nations federations and the UEFA headquarters in Nyon to ensure that all protocols and security measures are in place for the arrival, seating and safe departure of dignitaries during match days.

“Coordinating the needs of different parties at such a high-profile event has taught me that, despite all the planning, one must be agile enough and prepared for last-minute requests,” said Rubie.

A crucial component of any large tournament is security. Ensuring the safety of all participants, including fans and players, is a top priority for Qatar 2022 organizers, and thats what Hamad Al Sulaiti and Nasser Al Zeyara are tasked with learning more about during their Euro 2020 secondment. Based in Seville and Bucharest respectively, the pair are working closely with security personnel in both cities to gain more insight about the security operations that go into the execution of large sporting events.

“Working with an organization like UEFA, that has tremendous pedigree in the organization of large-scale tournaments, is providing me a very valuable learning experience, something that I look forward to reflecting successfully during Qatar 2022,” said Al Zeyara, Stakeholder Engagement and Communications Officer at the Qatar 2022 Safety and Security Operations Committee, who is working at Bucharests National Arena as well as different fan zones and other tournament sites.

Hamad Al Sulaiti, Deputy Head of Coordination and Follow Up at the Qatar 2022 Safety and Security Operations Committee, sees the secondment programme as a reflection of the SCs insight in capitalizing on opportunities to continuously invest in national talents and improve on their ability to deliver a successful World Cup.

“Working alongside my European counterparts has enabled me to exchange both successes and challenges, and to share our experiences in Qatar with security officials at the European Union and with the Spanish police, thereby providing me with a valuable opportunity to improve my ability to deliver a safe and secure tournament,” said Al Sulaiti.

During his time in Seville, Al Sulaiti has participated in security committee meetings as well as pre-match meetings between security representatives from both teams. Of particular interest to him was how security measures would be implemented alongside health and safety requirements related to COVID-19.

“Working with multiple stakeholders at a major event, in the middle of a pandemic, gave me tremendous insight and provided many lessons learned which I look forward to sharing with my colleagues upon my return to Qatar,” added Al Sulaiti. 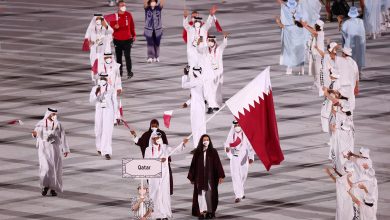 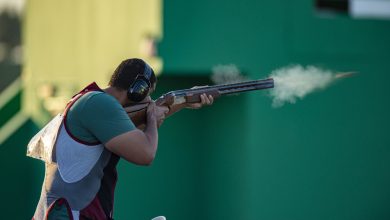 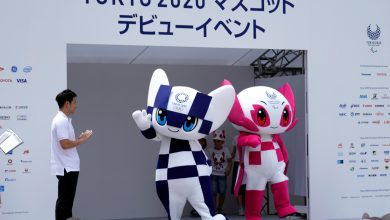