Walt Disney Co. reached an agreement to broadcast and stream franchise film hits from its rival studio Sony Pictures after they run on Netflix.

Sony Corp. films, including those featuring Spider-Man, will be available on the Disney+ service, while other movies may appear on Hulu or the company’s cable networks, the studios said Wednesday. The deal begins next year and runs through 2026.

“This is a win for fans, who will benefit from the ability to access the very best content from two of Hollywood’s most prolific studios across a multitude of viewing platforms and experiences,” said Chuck Saftler, who helped negotiate the deal as head of business operations for ABC, FX and other Disney networks.

Films have traditionally been released in phases, known as windows, first in theaters, then for purchase or rental at home and then on subscription TV services such as HBO. Later they become available on more traditional TV.

Disney’s agreement follows an announcement earlier this month that Netflix Inc. had obtained rights to Sony films after they appear in theaters and for home entertainment purchase or rental.

That relationship begins next year and means Netflix will have Sony films before they begin airing on Disney outlets.

Sony doesn’t own a major streaming service and has been looking for long-term partners to continue delivering its films to consumers. With the rise of online viewing, the lines between release windows have blurred as studios look to put films out sooner to build up their streaming subscriptions.

Disney will get some Sony films as early as June, such as older library titles such as “Jumanji” and “Hotel Transylvania.”

“This agreement cements a key piece of our film distribution strategy, which is to maximize the value of each of our films, by making them available to consumers across all windows with a wide range of key partners,” Keith Le Goy, Sony’s president of worldwide distribution, said in a statement. 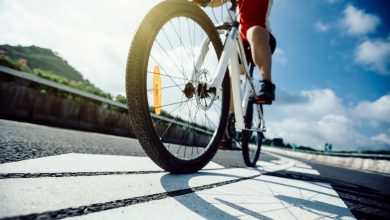