Doha: Consumers freeze foods to keep them as long as possible and make use of them later, but specialists warn that certain foods should not be stored in the same way because they pose potential health risks when used later.

Claudia McNally, a food writer, explained on Foodnetwork that common food items should not be placed in the freezer according to AlJazeera Net, including:

Raw potatoes turn black in the freezer due to a chemical reaction that can only be prevented by cooking potatoes or boiling them before freezing.

Freezing yogurt causes moisture inside to turn into ice crystals, causing chaos in its original texture.

Canned cans have a long shelf life, but by freezing the liquid inside the canned goods expands, causing the cans to break or explode, the canned goods should be transported to sealed and safe containers in the freezer if you need to freeze everything inside.

Although it will explode if frozen in its crust, the scrambled raw eggs can be stored in the freezer, just divide it like ice cubes, and when freezing put it in the freezer bag where it will be kept for up to 6 months.

Soft cheeses tend to break down after they are frozen and melted, resulting in non-appetizing changes in texture, parmesan cheese and cheddar are usually safe to freeze, but it’s best to store all the items in the fridge.

Fried foods such as potatoes, chicken slices and onion rings, lose the crispy and crunchy texture when frozen and reheated, and their delicious taste changes.

Laura Fisher, a trainer and health expert, says that anything that contains a high water content will change significantly after freezing, for example, frozen grapes are a summer snack, but let that meal of grapes melt and you will get moist and unattractive lumps.

Other foods that should not be placed in the freezer include:

Cucumber contains a high percentage of water and becomes almost useless once frozen. If you find yourself with a large amount of cucumber that you can’t use, you can freeze it with saline solution.

If you freeze the mayonnaise, it will look natural while it is still frozen, but once the ice melts, you will notice that the texture of the creamy spices changes dramatically, the mayonnaise consists of oil, egg yolk, vinegar or lemon and spices, and when defrosted the liquid, acid icing ingredients and oil floating over the base of the egg yolks separate.

Freezing leafy vegetables spoils their tissues and drains water from them, so when dissolved, the water will separate from the fibers and lose the usual shape and taste.

Kevin Murphy, a food safety expert, recommends avoiding putting glass bottles filled with liquids in the freezer, noting that stretching liquid causes glass or even metal bottles to burst during the freezing process.

Murphy recommends buying frozen vegetables and fruits from the supermarket, where manufacturers have the right equipment to freeze them properly, while fruits and vegetables lose their properties if you freeze them in the home freezer. 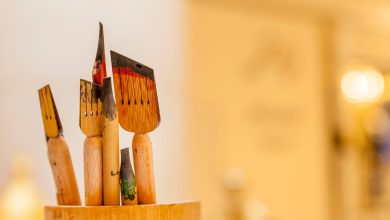 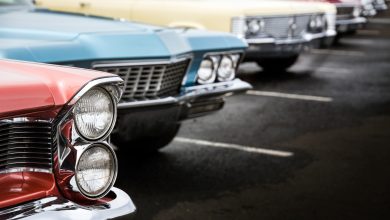