Juventus knocked out of Champions League by 10-man Porto

Juventus — and Cristiano Ronaldo — crashed out of the Champions League round of 16 on away goals for the second successive year as the Bianconeri were were eliminated by 10-man Porto on Tuesday.

Sérgio Oliveira scored in extra time to send Porto into the quarterfinals of Europe’s premier club competition despite a thrilling 3-2 loss in Turin after Federico Chiesa’s two goals had given Juventus hope.

Porto, which played most of the second leg at a numerical disadvantage after Mehdi Taremi’s sending off, advanced on away goals after the matchup ended 4-4 on aggregate.

“There’s great disappointment and sadness, I’m pretty much speechless,” Chiesa said. “We managed to get back into the match and we deserved to go through. Instead, we’re here talking about something else and I really don’t know what to say.

“We had all the cards in our hand to go through, just we didn’t show it. We only performed in the second half today and we almost did it … the disappointment is so great. It’s all pretty much meaningless, even my two goals or my performance, because we haven’t got anything out of it.”

Juventus went out in the round of 16 on away goals to Lyon last season.

Sérgio Oliveira also netted Porto’s first goal, from the penalty spot, but Chiesa scored twice in the second half to level the tie for Juventus and send the match into extra time.

Porto appeared to have all but won it before Adrien Rabiot reduced the deficit three minutes from time to set up a tense finale.

Both sides also hit the woodwork in an end-to-end match in which the momentum kept changing.

“These games are marked in the history of the club,” Porto coach Sérgio Conceição said. “I have a group of brave players who interpreted what we wanted in the best way, against a great team with players of a very high level.

“After Taremi’s sending off, we showed the Porto DNA. We never stopped believing — this is the true DNA of Porto.”

Juventus needed to overturn a 2-1 deficit from the first leg. It had conceded early in Portugal and almost did so again in Turin as Taremi’s header bounced off the bar in the sixth minute after Bianconeri defender Leonardo Bonucci had blocked Zaidu Sanusi’s effort.

Taremi was also involved in Porto’s goal as he won the penalty when he was fouled by Merih Demiral and Sérgio Oliveira converted into the bottom left corner.

Juventus appeared transformed after the break and drew level four minutes into the second half as Ronaldo controlled a Bonucci ball over the top and knocked it on for Chiesa to curl into the top right corner.

Juve’s hopes of turning the tie around grew further five minutes later when Taremi was sent off after he kicked a ball away and received a second yellow card moments after his first booking.

Chiesa hit the post before completing the comeback when he headed a Juan Cuadrado cross into the top left corner in the 63rd minute.

Juventus almost won it in stoppage time as Álvaro Morata had a goal disallowed for offside before Cuadrado fired an effort off the bar.

The Bianconeri were made to regret those wasted opportunities as, five minutes from the end of extra time, Weston McKennie fouled Sérgio Oliveira, who dusted himself off to fire a free kick under the wall and into the bottom left corner.

Rabiot was partly at fault, although he came close to atoning for his error by heading in a corner two minutes later.

Juventus was eliminated by Ajax in the 2019 quarterfinals, in Ronaldo’s first season at the club. The latest loss is another disappointing Champions League ending for the 36-year-old star, who was accustomed to raising trophies during his Real Madrid days.

DORTMUND: Borussia Dortmund striker Erling Haaland struck in each half as they advanced to the Champions League quarter-finals after a 2-2 draw with Sevilla in their last-16 second leg on Tuesday (March 9) to complete a 5-4 aggregate win.

The Norwegian notched his 20th Champions League goal in 14 games – and 10th in the competition this season – with a controversial 54th-minute penalty after having tapped in a Marco Reus cutback against the run of play to give Dortmund the lead in the first half.

Sevilla, who made the quarter-finals in 2018 and enjoyed a strong first half, hit back with two goals from Youssef En-Nesyri in the second half, the first a 66th-minute penalty followed by a stoppage-time header to make it 2-2.

Sevilla’s second goal set up a frantic finish, but Dortmund held on to edge through after their 3-2 win in the first leg last month.

The 20-year-old Haaland has become Norway’s all-time top scorer in the competition, with one more goal than current Manchester United coach Ole Gunnar Solskjaer, as Dortmund reached the last eight for the first time since 2017.

Sevilla, who arrived in Dortmund on the back of three straight defeats, dictated proceedings from the start and had a good effort by Lucas Ocampos early on.

Without injured Jadon Sancho, Dortmund, who lost to Bayern Munich in the league on Saturday, hardly got a look in until Haaland struck with their first chance of the game in the 35th minute.

The Norwegian put the ball in the net five minutes after the restart with a superb effort, but in an extraordinary VAR review, the referee Cuneyt Cakir first disallowed the goal for a foul by Haaland and then awarded Dortmund a penalty for a shirt-pull on the striker minutes earlier.

Keeper Yassine Bounou saved Haaland’s spot kick as well as his thundering rebound but the referee ordered it to be retaken after he said the keeper had moved off the line.

Haaland slotted in on his second attempt to take his goal tally in the competition this season to an impressive 10 goals in his six games. 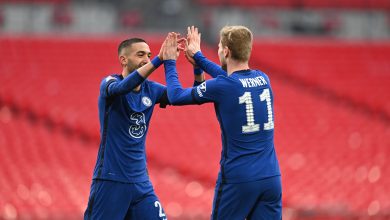 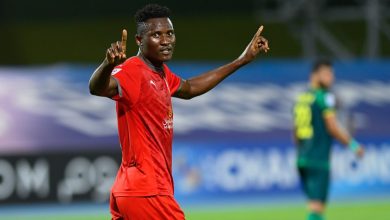 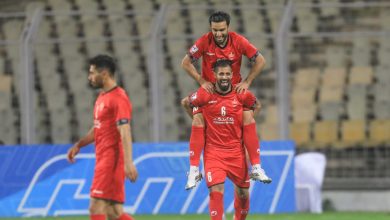 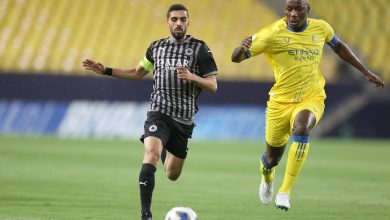