Doha: A recent study found that one of the well-known and cheap drugs can reduce the death rate of Coronavirus “Covid-19” by 75%, and one of the doctors who is a co-founder of the Front Line Critical Care Alliance for Covid-19 in America described it as a “miracle”, while others refuse to use it. So what is the truth about this drug?

A report by Al-Jazeera Net today reviewed the most important information about the drug Ivermectin and the latest developments in the medical discussions about it in America.

Ivermectin was discovered in the late 1970s, and it was licensed for use in 1981, and is used to treat some helminth infections, and it works by paralyzing and killing parasites.

Dr. Pierre Curie, MD, president and co-founder of the Front Line Alliance for Critical Care for COVID-19 and a pulmonary and critical care specialist, is promoting Ivermectin to treat Covid-19 as a “miracle” drug, a term he said, which he does not use lightly.

Conducted by Andrew Hill of the University of Liverpool. They analyzed a total of 18 studies that found that Ivermectin was associated with reduced inflammation and faster elimination of the Coronavirus.

In 6 of these trials, the risk of death was reduced by 75% in a subgroup of patients with moderate to severe COVID-19.

Ivermectin is not technically an antiviral, although these results indicate that the drug may have antiviral properties, according to a report in the Financial Times.

Dr. Hill told the newspaper that the results of Ivermectin were encouraging, but that more studies are needed to provide global regulators with evidence strong enough to warrant approvals.

He said it was a generic drug used all over the world, and it costs 12 cents to make the drug substance.

“If people who test positive for COVID-19 are treated promptly with a drug that quickly clears the virus, that could make them less contagious,” Hill said.

He added, “Vaccination is essential to respond to the epidemic, but this may help reduce infection rates by making people less contagious, and it may reduce death rates by treating viral infections.”

According to a recent report on the Medscape medical website, the National Institutes of Health in the United States dropped its recommendation against the inexpensive anti-parasite drug Ivermectin to treat Covid-19, and the agency left the decision to use it to doctors and their patients.

And according to new National Institutes of Health guidelines released last week, results from adequately functioning, well-designed clinical trials are essential to provide more specific and evidence-based guidance on the role of Ivermectin in treating COVID-19.

The NIH update disappointed members of the Front Line Critical Care Alliance for COVID-19, which outlined its case in support of Ivermectin in a public statement on Monday. The team of 10 doctors argued against every restriction behind the NIH decision.

The group members said that despite their gratitude for the recommendation not to use the drug, a neutral approach is unacceptable, considering that the research results are sufficient to support its use, and that the drug will save lives immediately.

Today, the Reuters count showed that Coronavirus deaths in America increased by at least 4157 cases on Thursday, bringing the total to 409987.

“Patients don’t have time to wait, and we as health care providers in the community don’t have that time either,” group members wrote.

The National Institutes of Health, which last August recommended that ivermectin not be used, invited the group to present evidence to its treatment steering committee on January 6 to clarify the emerging science surrounding the drug, and the group pointed to rapidly increasing evidence of the drug’s effectiveness.

What do opponents say?

On the other hand, other doctors believe that there is not enough data to establish a protocol for the use of the drug, and some doctors say that they will not recommend it to patients with Covid-19.

Dr. Amesh Adalja, an infectious disease expert and chief researcher at Johns Hopkins University’s Center for Health Security in Baltimore, Maryland, told Medscape Medical News that the NIH update did not change his mind, and that he was not prescribing it to his patients.

He said that although there was “enough data,” he would like to see more, and said, “We haven’t seen anything about a really strong study,” noting that the American Infectious Diseases Association has 15 recommendations for treating Covid-19, “and none of them are related to ivermectin. “. He added, “It is not enough to see if it is working, but we need to know who works for it and when.”

The number of Covid-19 infections in the world today has risen to more than 97.04 million, while the total number of deaths resulting from the virus has reached two million and 83,965 since the first cases were discovered in China in December 2019, according to Reuters. 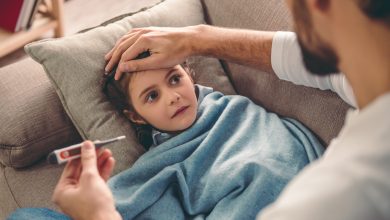 Common misinformation about the vaccine that needs to be corrected

Equal Access to Vaccines is Only Way to End Coronavirus 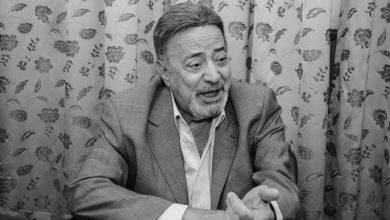