Abdulaziz Hatem (fourth and 45+3 minutes) scored for Al Rayyan, who could thus put behind the setback of having lost to Al Sailiya in the previous week.

Jonathan Kodjia scored Al Gharafa’s goal off a penalty in the 42nd minute.

Al Rayyan went on to 19 points with their fifth victory, while Al Gharafa stood on 23 points.

The encounter between the two powerhouses as well as traditionally big clubs in Qatar football lived up to expectations.

Al Rayyan surprised the opponents by taking an early lead as Abdulaziz Hatem beat Al Gharafa goalkeeper Yousef Hassan with the pace of his long shot after being set up by team-mate Yacine Brahimi off a counter-attack.

Soon, Al Rayyan earned a penalty when the Al Gharafa goalkeeper brought down Yohan Boli. However, the resultant kick taken by Boli himself was stopped by Yousef, who dived to his right.

Al Gharafa had slightly more of possession, but Al Rayyan went into the half-time with a 2-1 cushion, with Abdulaziz Hatem finding the target a second time off a minus pass from the goalline by Naif Al Hadhrami.

The action slowed a bit in the second half even though both teams kept creating opportunities.

Kodjia made waves in the 73rd minute with a shot that followed his solo run into the rival box along the right, but the Al Rayyan goalkeeper was on hand to thwart him.

At the other end, Al Gharafa survived a handball decision against Kodjia through VAR in the 75th minute.

Humam Al Ameen’s free-kick that flew over the bar in the 84th minute did not help Al Gharafa’s cause either, as they crashed to their fourth defeat. 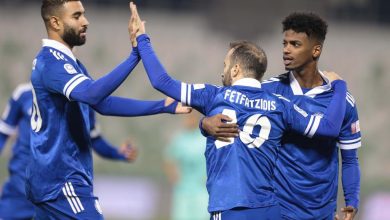 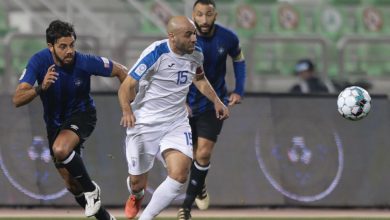