Doha: Researchers said that masks reduce the risk of the spread of large droplets that can transmit infection of Covid-19 when speaking or coughing by up to 99.9%, according to a new laboratory experiment conducted on mannequins and humans.

According to Al-Jazeera Net, researchers wrote in the scientific journal “Royal Society Open Science” that a woman standing two meters away from a man coughing without a mask would be exposed to such drops by 10,000 times more than if he was wearing a mask.

“There is no doubt that face masks can significantly reduce the dispersion of potentially virus-laden droplets,” said Ignazio Maria Viola – study author and expert in applied fluid dynamics at the School of Engineering at the University of Edinburgh, Scotland.

“The large respiratory droplets that come out in droplets and act like projectiles before they fall to the ground by gravity are likely the main driver of SARS-Cov-2 transmission” he explained.

Smaller, finer droplets that form aerosols, which are suspended particles, can remain suspended in the air for longer periods and pose a risk especially in poorly ventilated places; If it is crowded with people who do not wear masks or misplace them under the nose.

WHO has finally updated its guidelines for masks to recommend wearing masks indoors if other people are present and ventilation is inadequate.

Masks are mainly used to reduce the emission of virus-laden droplets from people coughing, singing, talking, or simply breathing, but they can also help prevent inhalation of droplets by the people who put them.

According to the Institute for Health Metrics and Evaluation in Washington, universal masking will reduce the number of deaths worldwide by 400,000 by April 1.

“Paper masks not only effectively prevent most large droplets measuring 20-30 microns or larger, but can also prevent droplets and fine particles released with exhalation, often referred to as aerosols,” the CDC said. 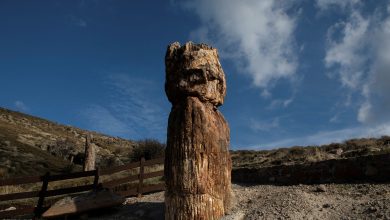 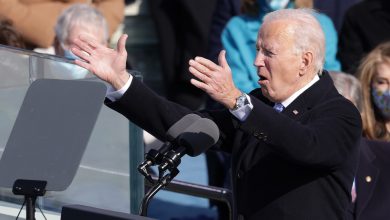 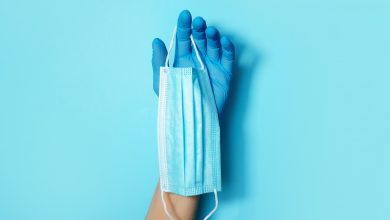 MOI explains the best way to use “Ehteraz”