Doha: The Public Works Authority (Ashghal) continues its preparations to facilitate public access to Al Rayyan Venue that will witness the final match of the Amir Cup 2020 between Al Sadd and Al Arabi on Friday.

Alongside, the announcement from the Organizing Committee of Amir Cup 2020 Final to conduct the event at Al Rayyan Venue, fourth of eight stadiums hosting FIFA 2022 World Cup, Ashghal has announced that all roads leading to the stadium are ready to receive fans of Al Sadd and Al Arabi clubs, ensuring all necessary traffic safety measures.

During recent years, Ashghal has worked on building a network of highways with free flow traffic that facilitates access to Al Rayyan Venue with reduced travel time for people coming from all parts of the country. Similarly, Ashghal has also worked on improving local roads in the region to safeguard direct fast connection with most vital places in the neighborhood such as Al Riffa Metro, Mall of Qatar, Al Riffa Celebration Hall Complex and Al Rayyan Sports Club, one of the largest shopping hub in Qatar, easing fans movement to and from the venue. The infrastructure of the area is well prepared with drainage network, storm water and surface water drainage network, to eradicate drainage problems that have been existing in the area for years.

Ashghal has recently completed project works to develop local roads leading to Al Rayyan Venue and opened it to traffic providing free flow traffic in the area. The project works included developing the roads leading to Al Rayyan Venue with a total length of about 5 km with two lanes in each direction. Three signal-controlled intersections and one roundabout were built to facilitate access to Mall of Qatar, Al Majd Road, and the roads connecting to Al Riffa Street (Known as Celebrations Street). This comes in an aim to serve these vital destinations and Al Rayyan Hotel, as well as to facilitate movement of spectators between these destinations and the venue, in addition to enhancing the capacity of the roads that are witnessing an increase in traffic density.

Ashghal was also keen to provide dedicated parking slots for “Park and Ride” cars that serve Al Riffa Station within the Green Line of Doha Metro directly connecting to Al Rayyan Venue. Road users can park their cars and move through the Railway lines. Entrances and exits area also provided direct connections with main roads leading to Al Rayyan Venue and the parking lots for public implemented by the Supreme Committee for Delivery and Legacy (SCDL).

The Roads Operation and Maintenance team of Asset Affairs at Ashghal works round the clock to ensure readiness of traffic management on the roads around Al Rayyan Stadium, the main entrances and exits, ensuring the roads are free from obstacles and confirming steady traffic flow throughout the event.

In order to achieve sustainability of projects, cost reduction and preserve environment, Ashghal recycled about 60 directional signs that were used in previous tournaments to direct the public to Al Rayyan Venue and to various car park slots, in addition to using dynamic signs on the roads to alert and update them of the road status.

These efforts from the Roads Operation and Maintenance Department come through establishing an integrated team to survey, study and test all road assets around the stadium to ensure quality of road elements such as asphalt conditions, signages, safety barriers, drainage assets, street lighting, pedestrian crossings, land markings and traffic lights to ensure their readiness. Accordingly, required maintenance works are carried out to ensure its readiness for safe use during the tournament.

In terms of coordination, Asset Affairs team in Ashghal coordinated with Supreme Committee for Delivery and Legacy (SCDL), General Directorate of Traffic, Qatar Rail, Transport Operations Control Center of the tournament organizing committee and other entities to ensure traffic safety on the roads leading to the stadium and to ensure easy and safe access for public. 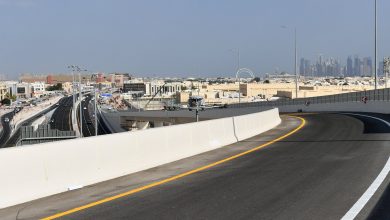 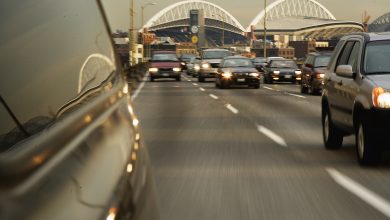 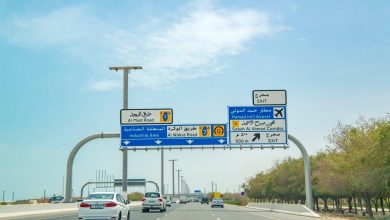 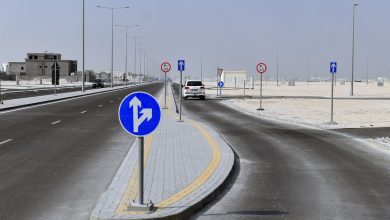 Completion of Services for 3000 Sub-divisions within Roads, Infrastructure Project in Al Wukair South