Doha: The Doha Corniche, and many other places are decorated with rows of the Qatari flag to celebrate the National Day, which falls on December 18 of each year.

Qatari flags have been installed along  the Corniche Street, where the main celebrations will take place. Also, historical sites such as the Souq Waqif have been adorned with flags. Other major buildings and shopping malls have also been draped in the Qatari flag and beautiful lighting, which has become an annual symbol of National Day celebrations.

Citizens, in showing patriotism and fealty to the homeland, have also adorned their homes with the Qatari flag. Citizens and residents have had their cars fitted with the national flag in posters, small flag posts, and stickers.

The National Day is celebrated to deepen belonging and loyalty to the homeland, highlighting all manifestations of solidarity, unity, and pride in the national identity of the State of Qatar.

It is also to commemorate the founding of the State of Qatar by the founder Sheikh Jassim bin Mohammed bin Thani on December 18, 1878, who laid the foundations of the modern state of Qatar, under whom Qatar became a single, coherent entity and an independent, unified country.

The National Day parade is the most prominent event in the state’s celebrations of this great occasion as thousands of citizens and residents enthusiastically participate in the celebrations.
All the Armed Forces will participate in the parade, displaying the latest military equipment to demonstrate their full combat readiness.

The Doha Corniche is expected to host celebrations, though in a limited capacity due to the coronavirus pandemic.

Recently, the Armed Forces, the Amiri Guard Forces, and the Ministry of Interior conducted a successful pre-event parade. Many high-ranking officials were present at the rehearsal. For the first time, doctors and nurses at the Hamad Medical Corporation and volunteers combating the COVID-19 spread participated in the parade.

The National Day affirms the identity and history of the state. It embodies the ideals and hopes upon which the state was established and the continued adherence to these ideals, and the keenness to revive the ancestors’ heritage, as this celebration aims to celebrate and appreciate Qatar’s heritage.

On this day, Qatar remembers how it succeeded in achieving its national unity and how it became a distinct country. Citizens and residents express love and loyalty to the country. 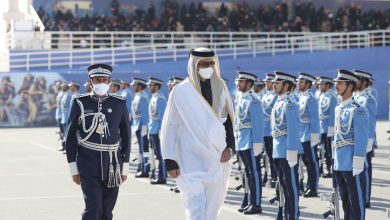 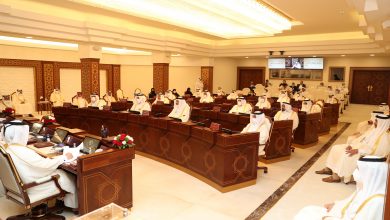