Doha: Amid fears in many parts of the world due to the new wave of infection with the emerging Coronavirus (Covid-19), the success of the idea of ​​the “health bubble” has become the source of reassurance and the only safety valve for various sporting events.

During the past few months, this “bubble” has succeeded in paving the way for the resumption of a number of tournaments on the European continent, including the European Champions League competition, which was completed in the Portuguese capital, Lisbon, under strict preventive and precautionary measures to further reduce the spread of Coronavirus infections.

And the experience moved to the Asian continent, where Doha hosted the activities of the remainder of the group stage as well as the final rounds of the AFC Champions League football championship at the level of the western continent during the period from September 14th to the third of October. The matches of this combined session were held under strict procedures that ensure the limited and safe movement of all participants within a limited range of residence, training grounds and stadiums, to ensure the safety of all players, organizers and others during participation in the tournament.

Experts in the health, safety and competition sectors discussed during a seminar on the “zoom” application entitled “Hosting major sporting events in light of the (Covid-19) crisis, in which the German News Agency (D.B.A) participated, the measures taken by Qatar and the lessons learned that can be applied in organizing Sports events in the future in light of the global pandemic.

Dr. Abdel Wahab Al-Musleh, Advisor to the Minister of Public Health for Sports and Emergency Affairs, said during his intervention in the symposium: “The spread of the new Corona virus around the world imposed a new reality that requires us to resort to quality solutions that guarantee the security and safety of all participants in sports competitions. Accordingly, we followed an approach that ensures that all participants undergo examination before entering the strict medical isolation department, and no one is allowed to cross this safe range to ensure the safety of all.

He explained, “During the tournament, we conducted more than 7900 examinations, and the percentage of positive cases did not exceed 1.7%, which is a very low rate compared to the prevailing rates in the country.” Al-Musleh added: “If you compare the number of teams participating in the Champions League competitions for the West of the continent and the number of teams expected to participate in the World Cup in 2022, you will find that it is a miniature version of the World Cup, and it is almost half, in terms of the number of teams and individuals, the experience has benefited us a lot in light of Continuous improvement of health safety plans at the level of major sports tournaments, and refining the skills and capabilities of local teams working in this field, in order to raise our preparations for the largest event, the Qatar 2022 World Cup, about two years from now.

In light of the success of the experience and the efforts made by the medical teams to bring this combined session to safety, the AFC decided to grant Qatar the right to host the same events at the level of the east of the continent during the coming period, specifically from November 18 to the next December 13, amid strict precautionary measures to ensure the health and safety of players and administrators And members of the local organizing committee.

Gordon Benny, Director of the Health and Safety Department at the Local Organizing Committee, said that one of the reasons for the success of the West Continent competitions experience is the presence of “clear communication between all parties, and making sure everyone is informed early on of the established procedures.”

Benny said: “The concerted efforts between all parties participating in the organizational process and open communication between them was one of the main factors for the success of the combined championship competitions for West Asia, which prompted the AFC to renew its confidence in the State of Qatar in organizing the remaining matches for the tournament for the eastern region until the final match.” He added, “It is no secret to anyone that we have benefited from this rich experience. The State of Qatar is now setting a new standard to be emulated around the world for safety and health measures, and we will add to it more lessons learned during the organization of many experimental events during the coming period, according to the unique approach drawn by Qatar.”

In the event that the same success is repeated on the organizational and health levels in the eastern competitions of the continent, this will be an additional incentive to hold the FIFA Club World Cup events in Doha as soon as possible in light of the expectations of changing the tournament date due to the expected delay in crowning some continental champions, especially the Libertadores Cup champion, which has resumed. Its activities have been held recently and it is not expected that its champion will be crowned the title before the previously scheduled date for the Club World Cup in Qatar next December. 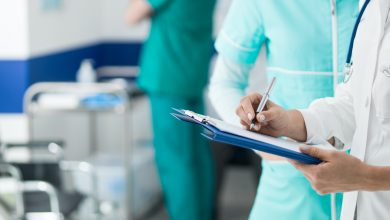