Doha: The offices of the labor force are still stagnating due to the Corona pandemic, and their inability to work and recruit domestic workers, after they stopped working since last March, there is no income or revenue, where a number of office owners confirmed to “Al-Sharq” that offices are experiencing a constant crisis, and have suffered significant financial losses, as a result of the burden of rents and salaries of employees, as well as the closure of a large number of offices in the state during the last period, expressing their hope for concessions for the return of work again, offices need support for the market to move, especially, The recruitment is from East Asian countries such as the Philippines, India and Bangladesh, as well as from Kenya and Ethiopia.

They called for the need to speed up the issue of the mechanism of recruiting maids and workers and facilitate their return, especially since they can be included in the return of a resident, for those who have an expired visa that can be renewed, pointing out that a quarantine has been set for the servants in Mukaynis for 14 days and at a cost of 1400, expressing the hope that the extraction of new visas for servants and workers will be facilitated, especially since there are many affected Qatari families that want to bring in a maid or driver. They predicted that the prices of recruitment will increase in prices between 1,500 and 4,000 QR, due to the increase in the prices of airline tickets and the fees for Corona tests as well as the quarantine fees borne by the sponsor, stressing that a number of maids had come from Kenya to Doha and were put in quarantine.

Muhannad Obeid: the cost of quarantine for the maid for 14 days is 1400 QR

Muhannad Obeid, general manager of an office for Labour force recruitment, said that several days ago, the permit for the return of a resident included maids or workers of a company, pointing out that he has already done the steps and procedures required for the return of a number of maids belonging to his office, where the first maid arrived last Thursday, pointing out that Mukaynis was allocated for quarantine for domestic workers and company workers for 14 days at a cost of 1400 riyals, to be borne by the sponsor, which in turn bears the fees of the visa and quarantine as well as any medical fees. He continued: Before the maid leaves her country, tests that prove that she is free of diseases are undergone, as well as a PCR test for Corona, whether coming from Kenya or the Philippines, where the test costs the equivalent of 180 QR, and in the Philippines amounts to the equivalent of 120 dollars, and once the maid arrives in Doha she goes directly to the quarantine, and then the corona test is also done.

He expects that the fees for the recruitment of maids will increase due to the increase in the price of airline tickets, as well as the cost of the quarantine period as well as the testing of corona before coming to Doha, which may create some problems. He pointed out that the expected increase in prices ranging from 1500 to 4000 QR, where the price of recruiting maids from the Philippines may reach 16 thousand riyals after it cost 12 thousand, and the price of recruiting maids from Kenya to 8500 riyals with an increase of 2500 riyals, confirming the arrival of a number of maids coming from Kenya to Doha who were put in quarantine, explaining that with regard to the return of maids or recruiting them from the State of the Philippines, the decisions are still under consideration.

Hussein Ahmed al-Obaidli (Abu Talal), owner of an labor force recruitment office, stressed that the recruitment of domestic workers has been suspended since March, due to the Corona pandemic, and the offices of bringing in servants have stopped working, there is no exportation or revenue, especially with regard to the recruitment of east Asian countries such as the Philippines, India and Bangladesh, pointing out that the offices of Labor force recruitment In Doha, are linked to external offices located in those countries, which are still suffering from the crisis of Corona, i.e. the offices are linked to each other, which exacerbates the problem. He said that many of the offices of labor force recruitment have been completely closed during the last period, especially since they have for many months been paying salaries of employees and rents and all expenses out of their own pockets causing them large losses, and not a single maid has been brought since last March, explaining that the government has strived for life to return to normalcy and open the way for all work, but the field of recruitment of bringing in labor needs support, and indeed there are more than 17 offices closed during the last period.

He expressed his hope that the extraction of new visas for servants and workers will be facilitated, especially since there are many affected Qatari families who want to bring in a maid or driver, as well as the increase in prices of airline tickets, as well as the need to conduct a coronavirus test for the maid before arrival, in addition to quarantine fees, with recruitment fees that exceed 10,000 riyals, i.e. it is expected that the prices of the recruitment of maids will rise, as well as affect the profit margin achieved by the offices, stressing that all labor force recruitment offices are suffering from recession and have suffered financial losses over the past months, so we hope to start bringing in maids and workers again.

Mohammed al-Muhannadi: Speeding up the recruitment mechanism of maids and facilitating their return to Doha

Mohammed al-Muhannadi, owner of a labor force recruitment office, said that work is starting to get back on track again for the offices, but gradually, especially for those who had previous visas, or those who had signed the servants’ contracts and were unable to enter the maid to the state due to the closure of the airports, some of the servants and workers of companies were on the way but were returned to their countries again, explaining that the sponsor who has an expired visa, has now been allowed to renew it, but there is no new visa for the recruiter or companies’ workers… He explained that he heard from the owners of some other offices, that a number of four or five maids have been recruited and were put in quarantine assigned to them in Mukaynis for 14 days and at a cost of 1400 riyals including accommodation, pointing out that families are in urgent need of bringing the maid after a period of suspension that lasted for several months, so he is waiting for the end of the quarantine period to receive his maid. He continued: The Corona pandemic contributed to the closure of a large number of labor force recruitment offices in the state, especially since the offices have already suffered significant financial losses during this period, and so far no business is back, despite the need of the market, especially since I have requests for the return of more than 55 maids, but this will be done gradually until things become clear.

He called for the need to speed up the issue of the mechanism of recruiting maids and workers and facilitate their return, while implementing precautionary measures, expressing his hope that the renewal fees of expired visas will be cancelled, especially because of Corona, the owners of the offices paid many fines of delay, which were accumulated on them, so I hope those who have an expired service visa are automatically renewed.

Dr. Amina Al-Amadi, owner of an office for labor force recruitment, noted that since last March until today, they pay the salaries of employees, rents and housing for workers out of their pockets, especially that so far there is no issuance or extraction of any new visas to bring servants and workers, pointing out that many Qatari families want to bring what they need, whether they are drivers or maids, there are no new visas, but those who had a previous visa that expired, have been made available through a resident return permit which has many conditions that is still unclear to everyone. She explained that the suspension of offices from the recruitment of servants several months ago, has created many crises, including the damage of the Qatari families because of their inability to bring in a maid, as well as the social media sites contributed to creating a black market to offer maids to families without adequate guarantees, in addition to the crisis has also contributed to the increased demand for temporary servants or overnight, explaining that many cleaning offices have begun to work by monthly contracts and annual hiring of their servants, due to the high need of the families for them, despite the high salary.

She asked the concerned authorities to look for solutions to the crisis of labor force recruitment offices, especially that some of the external offices located in the countries of recruitment such as the State of the Philippines have open offices, and are supplying neighboring Gulf countries, pointing out the need to solve this crisis by opening recruitment visas with specific conditions and procedures such as quarantine and corona tests, especially that the countries of recruitment have Qatari visa centers, so maids can undergo a Coronavirus test before arrive, and the sponsor should bear the expenses so he won’t be a subject of fraud or manipulation, therfore, we must learn to live with the coronavirus pandemic and continue recruiting maids with proper regulations. She went on saying:

We receive hundreds of calls a day from families to ask for a maid at any price, but the offices are in constant crisis, and we hope to make facilities for the return of work again, the offices need support during this period so the market moves. 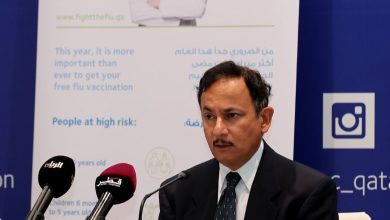 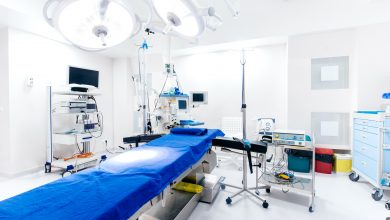 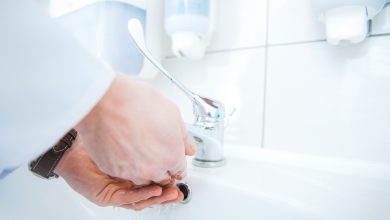 How long does the Coronavirus remain on human skin? .. A recent study answers