Paris: The State of Qatar called for the protection of heritage and education, especially in conflict areas, and respect for all relevant international agreements of the United Nations Educational, Scientific and Cultural Organization (UNESCO).

Speaking at the 214th session of the UNESCO Executive Board, currently in session in the UNESCO headquarters in Paris, HE Permanent Representative of the State of Qatar to UNESCO Dr. Nasser bin Hamad Al Hanzab underlined that the State of Qatar stands by UNESCO in everything that would enhance its role, and supports it to face all challenges.

HE Al Hanzab also affirmed Qatar’s support for everything contained in the speech of the Arab Group at UNESCO, its full support for international resolutions to protect educational and cultural institutions in the occupied Palestinian territories; and its appreciation for UNESCO’s recent announcement of the completion of the first phase of the rehabilitation of 280 educational institutions in Beirut, thanks to the response to the “Li Beirut” initiative launched by UNESC, which reconstructed 55 schools, 3 universities and 20 educational institutes, with a contribution of about $10 million, in cooperation with Qatar Fund For Development (QFFD).

His Excellency added that UNESCO has been a strategic partner of the Education Above All Foundation since its inception in 2012, and that, in cooperation with UNESCO and other partners from member states and international organizations, and under the leadership of HH Sheikha Moza bint Nasser, the Chairperson of the Education Above All Foundation, the 9th of September of each year has been declared as the International Day to Protect Education from Attack.

In the context of the international efforts, five projects have been implemented with an appreciated contribution from the Education Above All Foundation of approximately $32 million to educate more than 300,000 children deprived of primary education in partnership with UNESCO. The Education Above All Foundation also launched, in cooperation with UNESCO and other partners such as KoBo (Harvard University), a project to strengthen global data on attacks on education in 2021, HE Dr. Al Hanzab continued.

HE Dr. Nasser bin Hamad Al Hanzab also stressed that the State of Qatar is working with all international partners to achieve stability in Afghanistan, and is one of the countries that adopt and support the draft resolution on Afghanistan.

In conclusion, HE Permanent Representative of the State of Qatar to UNESCO Dr. Nasser bin Hamad Al Hanzab stated that the State of Qatar believes in the role of youth and sports in development and in establishing world peace. This comes in the context of organizing the FIFA World Cup Qatar 2022, which Qatar seeks to be a historic legacy for the Arab region and the Middle East. From this standpoint, the State of Qatar has given great attention to this aspect; based on its deep belief that through sport it is possible to establish the basic values of dialogue between cultures and communication between peoples. 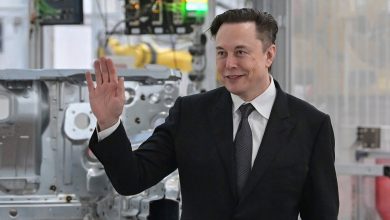