Doha: A team of Qatari students won three gold medals in the 32nd International Biology Olympiad, which was held in Portugal recently.

The student team participating in the Biology Olympiad underwent intensive training from June 13 to July 15, three days a week, five hours a day.

The closing ceremony of the competition was held virtually in the capital, Lisbon, Portugal, on June 23.

The International Biology Olympiad is an important global scientific competition. It is held annually in the month of July. It is hosted by one of the 76 participating countries in the organization.

Portugal has been chosen as the host country for this year’s International Biology Olympiad.

The Qatari student team participating in the International Biology Olympiad was sponsored and supervised by the biology instructors in the Science Section of the Department of Educational Guidance at the Ministry of Education and Higher Education, which provided it with all high-quality educational and training.

The team received continuous support, which reflects the spirit of enthusiasm and determination to achieve victory, excellence, obtain gold medals, and raise Qatar’s name high among the ranks of the world’s nations.

Assistant Undersecretary for Educational Affairs at the Ministry of Education and Higher Education Fawzia Al Khater, expressed her happiness and pride for the Qatari team participating in the Biology Olympiad for winning the three gold medals.

She described this achievement as an advanced step to highlight the State of Qatar as a leader in the scientific and educational field, and to maintain its advanced position, and this is evidence of the intensive training given to students by highly qualified and experienced teachers and trainers in the Science Section of the Department of Educational Guidance.

Al Khater said: “I congratulate the participating Qatari team, their schools, supervisors and their families for the historic achievement they have achieved, and I hope that they will be biologists in the future, and I consider them important partners in achieving Qatar National Vision 2030, wishing them and their fellow students more wins in local, Arab and other international scientific competitions.”

Director of the Department of Educational Guidance at the Ministry of Education and Higher Education, Moza Al Mudahka lauded the capabilities of the students’ team participating in the Olympics and their impressive success.

She said that it was not just participation but rather rose to win gold medals, which reflects their skills in science.

Head of the Science Department Fatima Al Rashed expressed her pride in the work team, and for the great support it provided to the students’ team participating in the Olympiad.

She praised the distinguished role of the students, and expressed her happiness with the impressive results achieved by the students.

Biology Instructor in the Science Department of the Department of Educational Guidance at the Ministry of Education and Higher Education Muhammad Al Dulaimi expressed his gratitude and appreciation for the efforts of everyone who contributed to supporting and training the participating student team and the winner of the 32nd International Biology Olympiad. 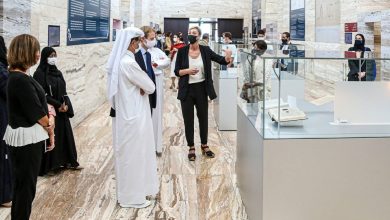 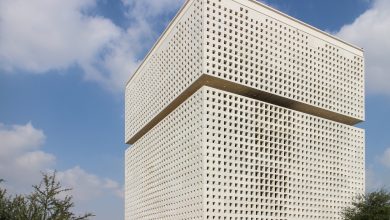