Doha: HE Minister of Municipality and Environment and Acting Minister of State for Cabinet Affairs Dr. Abdullah bin Abdulaziz bin Turki Al Subaie underlined that the State of Qatar seeks to build a high-performance food system in the most sustainable way, and enhance and improve the economy to become diversified and competitive and improves living standards, while achieving compatibility and harmony between economic, social and environmental development, in line with Qatar National Vision 2030.

In a recorded speech to the preparatory meeting for the United Nations Food Systems Summit, currently in session in Rome, HE the Minister emphasized the successful food system in the State of Qatar, thanks to the concerted efforts and cooperation between a number of sectors and a wide range of stakeholders, noting that a national committee that brings together all stakeholders from the government and the private sectors coordinates the implementation of the national strategy for food security, where consumers, traders, food manufacturers and producers, researchers, students and policy makers constitute a solid foundation for the development and implementation of the national food security initiatives.

HE the Minister highlighted in his speech Qatar’s efforts to improve food systems in line with the UN Sustainable Development Goals 2030, through projects and programs that have been implemented to strengthen the food system in the country to confront food insecurity at the regional and global levels, and to meet future aspirations and ambitions.

Despite the challenges facing the State of Qatar as a result of the harsh climatic conditions and the scarcity of its natural resources, HE the Minister noted that the State achieved 100 percent of the supply of basic foodstuffs through the implementation of various initiatives based on the pillars of the national food security strategy, ensuring the availability of foodstuffs, their quality and ability to bear its costs on a daily basis, and at all times including times of crisis and emergency.

HE the Minister added that the State of Qatar has also worked to increase the capacity of local production and raise the percentage of self-sufficiency while ensuring the protection and improvement of national natural resources for current and future generations, by increasing local production of fresh vegetables, dairy, poultry and fish products, thus achieving 100 percent self-sufficiency for some goods, compared to not more than 20% not long ago.

He noted that sustainable fish farming projects have been implemented to ease the pressure on the local fish stock, manage it in a sustainable manner and improve fishing levels, as well as reducing groundwater depletion through the total transformation of green fodder production by treated wastewater. A farmers support program has also been implemented to improve and enhance the viability of local production. Work is also underway to prepare and implement policies to reduce food waste and losses, in line with one of the UN Sustainable Development Goals which aims to reduce food waste by 50 percent by 2030.

HE the Minister underlined that food quality and safety is at the top of the State’s priorities. The State will soon establish a food safety authority that will follow a modern approaches based on risk assessment, inspection, control and protection of food standards. Meanwhile, the Qatar National Research Fund focuses on developing research and innovation in the field of food security with the aim of developing sustainable solutions that benefit Qatar and the world.

HE the Minister also pointed to the completion of a national food security analytics platform that has been able to collect and integrate all data related to food security under a single digital dashboard available to decision makers in the State of Qatar. The platform will contribute to the formulation of data-driven and fact-based policies and interventions.

HE the Minister stressed the importance of the international community combined efforts to fortify the food security system through the development and implementation of regulatory frameworks that prevent any country from being deprived of food supply in times of conflict.

For his part, HE Assistant Undersecretary for Agriculture and Fisheries Affairs at the Ministry of Municipality and Environment Sheikh Dr. Faleh bin Nasser Al-Thani said that the plans and programs of the agricultural sector are in line with the aspirations of the Food Systems Summit which aims to enhance agricultural production with a positive impact on nature.

He noted that this is represented in promoting modern agriculture to reduce water depletion, reducing the use of pesticides by encouraging organic agriculture, switching to the production of green fodder using treated water and stopping the use of groundwater in order to reduce its depletion, in addition to organic fertilizer production projects that are based on converting animal waste into fertilizers, which reduces greenhouse gas emissions and the effects of climate change.

He explained that the activities of the agricultural sector are also aimed at achieving another goal of the summit, which is the promotion of fair livelihoods by improving the economic returns of local producers through various marketing programs, such as the local agricultural product yards program and the “Outstanding Product” program, and the purchase and marketing of local farm products through “Mahaseel” company.

Director of Food Security Department at the Ministry of Municipality and Environment and National Coordinator of the UN Food Systems Summit 2021 Dr. Masoud Jarallah Al Marri said that since the State of Qatar joined the United Nations Food Systems Summit 2021 and assigned the Ministry of Municipality and Environment to coordinate for this summit, efforts have continued with all authorities concerned with food systems both in the government and the private sectors with the aim of developing food systems in the State of Qatar to contribute to achieving the UN Sustainable Development Goals 2030, which aims to ensure universal access to safe and nutritious food, the shift to sustainable consumption patterns, promoting sustainable local production, achieving equitable livelihoods, and building resilience to shocks and stresses.

He added that the Ministry of Municipality and Environment, since its mandate to coordinate to the summit, appointed a national coordinator and formed a national committee that includes stakeholders from the relevant ministries with the aim of holding national dialogues that include all stakeholders from all government and private sectors and the academic and civil society, in order to discuss the challenges facing food systems at all stages.

He noted that the final preparations for holding the first national dialogues, which will be held on August 8-9, are being completed. The dialogues will allow direct discussions between government and private agencies, consumers, merchants, scientists and researchers, after which the required approach to develop food systems in the State of Qatar in the next ten years will be determined, in line with the UN Sustainable Development Goals 2030, which will be reviewed during the United Nations Food Systems Summit at the end of September at the level of heads of states, under the chairmanship of the Secretary-General to the United Nations. 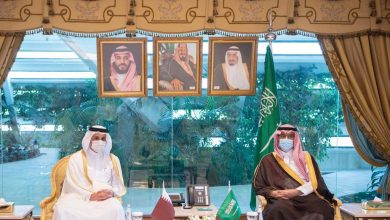