Life has returned to many airports around the world and the number of passengers increased with the continued lifting of Coronavirus restrictions and opening borders between countries to receive tourists on varying terms from country to country, and in order to enjoy a comfortable travel experience in the shadow of the pandemic and avoid the problems you may face due to minor mistakes, you should pay attention to a range of tips and instructions.

In a report published in The Reader’s Digest in its Australian version, according to Al Jazeera Net, author Lauren Cahn stresses the importance of following simple tips and instructions to enjoy a comfortable and problem-free journey and ensure that the various operations at the airport run smoothly:

Don’t expect it to be easy
Now that the golden age of aviation has passed, before you even board, you have to run the gauntlet of an overcrowded, understaffed airport. “A tremendous amount of stress happens because we have expectations that are unrealistically high,” notes digital news platform Fast Company.

Don’t show up late
Being on time is crucial when it comes to air travel, according to veteran commercial pilot Tom Davis (not his real name). When you show up late to the airport, you not only risk missing your flight, but you make the experience worse for other passengers and the flight crew.

Go easy on the perfume
Airports and planes are crammed with people. You can make everyone’s experience a bit less unpleasant if you minimise your scent of choice. In fact, antiperspirant will be enough.

Don’t try to outwit airport security
Customs queues are annoying, but there’s no way around security – and if you try, you’re not going to like what happens. On one flight, a woman who refused to take off her coat ended up being pulled aside for an extensive pat-down.

Don’t take a sedative
It’s tempting to want to sleep your way through a long flight, but you don’t want to incapacitate yourself on a plane, warns Davis – you’ll not only need to get up for people sitting in your row, but you may need to respond to emergency instructions. A registered nurse told Business Insider that, “Taking medication to help you sleep while flying increases your risk of blood clots in your legs that can lead to death.” Shocking, but true.

Don’t leave your laptop at security
Most security checkpoints require that all laptops and tablets be placed in a separate bin – and a shocking number of travellers forget to put their electronic devices back in their bags.

Don’t sleep at the airport
It’s a great way to miss a flight and get pickpocketed or lose your belongings, Davis points out.

Don’t mess with the baggage conveyor belt
It is incredibly frustrating when it’s sitting on the belt, ready to slide down, and then the belt stops – or your luggage gets stuck. Resist the urge to climb onto the belt to try to fix things: you’re not only risking a fall or getting tangled up in the machinery, but you’re also violating airport security.

Don’t forget to charge your phone
Your mobile boarding pass is useless if your phone is dead, and that’s really going to hold you up, you could miss your flight at worst case scenario.

Don’t take photos of strangers without their permission
“Taking someone’s photo without their consent and posting it on the internet is a [bad] thing to do,” advises Lifehacker. “It’s invasive, inappropriate, and can even put the other person in danger.” It can also put the photographer – and their phone or camera – in danger should the subject catch on and strenuously object.

Don’t forget why you’re there
Airports can be incredibly distracting, with duty-free shops, restaurants and other novelties. It’s become more and more common for travellers to lose track of time indulging in side activities leading them to miss their flights. 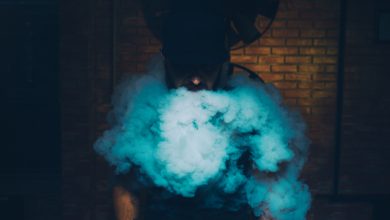