The research team conducted a thorough examination of more than 20 sources of air pollution and six health effects, which were conducted in 200 countries around the world, according to Al-Jazeera Net.

The rest of the list can be found in the following design. (Bearing in mind that population numbers may be the reason why some States are at the top of this list, not necessarily the pollution rate): 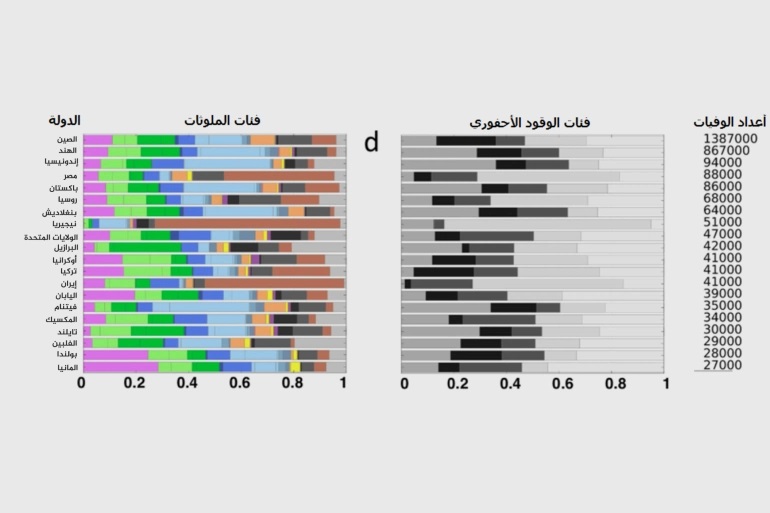 According to the study, the most specific environmental risk factor for diseases that can lead to death is suspended dust objects of (PM2.5).

The dust particle in this category is 2.5 micrometers, the micrometer is equal to one million parts per meter, and particles of this size can penetrate and cause damage to the lung.

According to WHO, the safe proportion of objects stuck in the air at a diameter of 2.5 micrometers is about 10 micrograms per square meter (annual average).

According to the study, you can determine how many of these particles are in your country, as well as identify the nine countries with the highest deaths. In the following infographic: 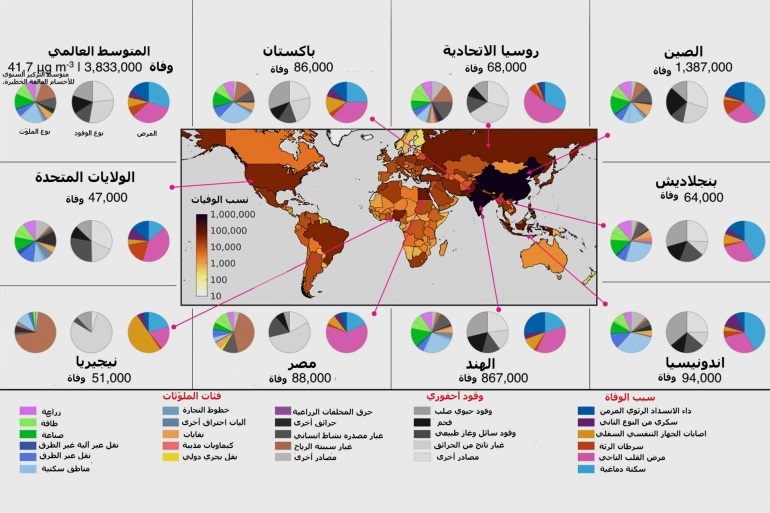