Doha: Qatar University (QU) celebrated Sunday the graduation of the 43rd batch (class of 2020), which is the batch that witnessed the qualitative achievements of the university despite the COVID-19 pandemic challenge, turning this challenge into a catalyst for development and innovation at the administrative, scientific and research level in a new stage of promising achievements for a renewed scientific renaissance.

Since its establishment in 1977, the university has not hesitated to provide quality, distinguished education, whatever the circumstances and challenges, but has succeeded in exploiting the challenges to develop its research programs and plans, as its president, HE Dr. Hassan Al Derham, confirmed today during the graduation ceremony of the 2020 batch, while he talks about the university’s success in facing the challenge of COVID-19.

His Excellency said that they started in Qatar University in dealing with this pandemic with a methodology of challenge and response, and their goal is to preserve the essential tasks and roles of the university in teaching, scientific research, and community service, and the university realized early on that this pandemic creates opportunities to enhance its roles by mobilizing its scientific energies and expertise, and opening its laboratories have opened the state’s participation in its efforts to combat this pandemic.

Al Derham affirmed that the university has moved smoothly, flexibly, and in record time to the remote teaching system, and integrated teaching. We helped in this by having a prior plan to convert the university into a smart campus, with the availability of technical infrastructure in which the university has invested in recent years.

This success reflects Qatar University’s commitment to fulfilling its mission to the highest international standards, to guarantee the quality of the education provided, and to adopt several strategies for that, including the interest in what is known as the international classification of universities, and the international academic accreditations for colleges and multiple programs, which currently attract about 25 thousand students, among them are a large number of international students.

Today, the university includes ten colleges, namely College of Arts and Sciences, Business and Economics, Education, Engineering, Health Sciences, Law, Medicine, Pharmacy, Sharia and Islamic Studies, Dental Medicine, offering a wide range of academic programs, consisting of 47 bachelor’s degree programs and 58 postgraduate programs, consisting of 20 PhD programs, 29 master’s programs, nine diploma programs, and a “Doctor of Pharmacy” certificate, which is a professional certificate in pharmacy, all of these programs come to meet the needs of Qatari society, a large number of which are academically accredited by international institutions.

Among the new programs is the Master’s Program on Human Nutrition, which is expected to open next fall, and a detailed proposal for two new minor programs, a Public Health minor and a minor in Food Safety, as well as a 4+1 public health program, a program in which a student receives a bachelor’s and master’s degree in five years, as well as a professional doctorate proposal in clinical laboratories.

The Graduate Program in Health Professions Education (HPE) at Qatar University launched the Master of Science Program in Health Professions Education. This program is the first of its kind in Qatar, and it is the result of a joint effort by members of the Qatar University’s Health Specialties Cluster, namely the College of Health Sciences, Pharmacy, Medicine and Dentistry, in cooperation with the College of Education, and a number of external partners, including the Hamad International Training Centre, and Medical Education Department.

The College of Engineering also announced the launch of a new program within the postgraduate programs, which is the Master of Gas Engineering and Operations, which is a significant addition to the university and supports the state’s projects in industry and gas.

On the research level, Qatar University continued its path in developing the culture of scientific research, which earned it a global reputation, which was reflected in the universitys ranking at the global level, and increased its community presence.

It has also strengthened its influence in the various service and economic sectors in the country, in light of its focus on vital sectors and areas that constitute the country’s priorities in the four areas of research: information and communication technology, energy and environment, health and biomedical sciences, and human and social sciences.

Based on this, Qatar University seeks to become the pioneer of economic and social development in the State of Qatar, via cooperation and partnerships with governmental and industrial sectors, academia, the business sector, and civil society inside and outside the State of Qatar.

The university, over the past years, has strengthened its research facilities as part of its endeavors to promote scientific research, establishing a research complex that includes 16 research centers of excellence, working on more than 400 collaborative research projects in more than 130 countries.

There is no doubt that these facilities have begun to bear fruit. The Innovation and Intellectual Property Office (IIP Office) at Qatar University announced late last year that it had succeeded in facilitating the registration of 39 patents for several university affiliates covering a wide range of fields, and it is studying 7 of them to turn them into startups serving the national economy, while there are approximately 200 patent applications.

Certainly, an elite group of scientists, researchers, academics, and experts from inside and outside Qatar stand behind these achievements, whose reputation has turned towards the world thanks to their sober research that the most famous and oldest scientific journals compete for in various sciences and arts.

Recently, the university celebrated more than 50 distinguished scientists from the faculty, who have made distinguished global research efforts and realized achievements that Qatar University is proud of, and they are among the top 2 percent of the scientists most cited for their research in the world, according to the new list issued by Stanford University, USA.

For example, Qatar University was able, thanks to these scientists, to contribute to the country’s efforts to confront the COVID-19 pandemic, and even gain a global reputation in the field of scientific research dedicated to tracking the pandemic, and its health, economic and social implications.

In this regard, the President of Qatar University said that the universitys researchers have published more than two hundred scientific studies on understanding the Coronavirus and ways to combat it, perhaps the most important of which is the study published by the researchers of the Biomedical Research Center in the New England Journal of Medicine (NEJM) on monitoring mutated strains of the emerging coronavirus and the effectiveness of the (Pfizer) vaccine in combating it.

This study resonated widely in the international press, as it was cited in a private session of the US Senate.

These academic and research achievements were reflected in the Qatar University ranking globally which achieved qualitative leaps over the past years, due to the interdependence of its qualitative and quantitative achievements that are included in the evaluation processes of universities, and last year was another witness to the importance of the achievements made at various levels.

Qatar University also made a quantum leap in the Times Higher Education Foundation (THE) rankings for emerging economies for 2021, ranking 26th out of 606 universities from 48 countries around the world, among emerging economies, for the first time entering Qatar university’s top 30 global universities.

According to the classification, Qatar University has advanced 12 places from last year, and has shown a strong improvement since 2017, when it entered the classification for the first time, at that time, and occupied the 75th position, and the ranking also shows that out of 55 Arab universities, Qatar University ranks third in the Arab world which indicates the strength of its distinction in the region. The university comes in second place in the category of scientific research indicators that assess reputation survey, research income, and productivity.

Qatar University still ranks first in the category of international outlook indicators, which indicates its success in attracting students and faculty from all over the world, and it is a major component of any university looking to make a global impact.

The Times Higher Education (THE) rankings are distinguished by its focus on universities that focus on education, scientific research, knowledge exchange, and their global reputation.

Qatar University has made remarkable progress in the Quacquarelli Symonds (QS) classification of international universities according to specializations for the year 2021, which strengthens its position on the global map in the research and academic fields.

According to the classification, the university scored the best performance in the disciplines of computer science and information systems, chemical engineering, accounting and finance, electrical and electronic engineering, pharmacy and pharmacology, mechanical engineering, aviation and manufacturing, management and business studies, and education, as well as medical, economics, econometric, and interconnected sciences. chemistry, and biological sciences.

Qatar University ranked 101-200 out of 1115 universities worldwide in the annual ranking of The Times of Higher Education (THE) for the year 2021, which measures the impact of the success of global universities in achieving the United Nations goals of sustainable development.

Qatar University participated in 13 sustainable development goals (out of 17 goals adopted by the United Nations member states in 2015), which represent a global call to work to end poverty and hunger, protect the planet, and ensure that all people enjoy peace and prosperity by 2030.

In light of its five-year strategy 2018-2022, Qatar University will continue its efforts to enhance its local and international presence and to achieve its vision of being known regionally for its qualitative distinction in education and research, being the preferred option for science students and researchers, and a catalyst for sustainable economic and social development in the State of Qatar. 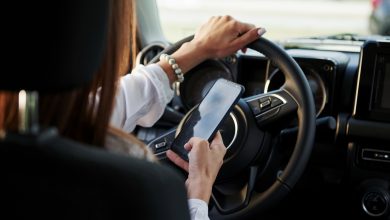 Proposals for heavy penalties for using phone while driving 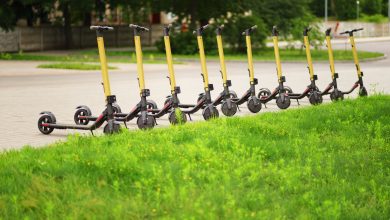