At a time when India is experiencing an unprecedented rise in cases of Black Fungus, and recently White Fungus as well, both caused by the spread of mold in the surrounding environment and unhealthy conditions, a new threat has emerged.

According to Sputnik, India has officially recorded more than 8,000 cases of these fungi , mostly black, which have found a favorable climate in light of the Coronavirus outbreak that has exhausted hospitals and weakened patient immunity.

However, the epidemic-ravaged country is experiencing a new latent risk, which appears to be more deadly than the infection of black or white fungi, a yellow fungus infection, according to a report by the Times of India.

According to reports, the first case of yellow fungus was detected in Ghaziabad, Uttar Pradesh, and although there is little available about the condition, doctors have warned that yellow fungi can be more dangerous than black and white fungi.

Experts suggest that yellow fungus infection, unlike other infections, can be more deadly because of the way it affects the body’s internal organs.

Unlike black and white fungi, yellow fungi begin internally, cause pus leakage, slow wound healing and, in serious cases, can also cause devastating symptoms such as organ failure and severe necrosis. Therefore, it is necessary for patients to ask for help in treating the infection once symptoms begin to be observed.

It is important to know that most fungal infections of this type begin due to unhealthy conditions, such as poor hygiene, contaminated resources (including food), excessive use of steroids or antibacterial drugs or misuse of oxygen.

Patients with associated diseases or using immunosuppressant drugs remain at a higher risk of infection.

Black and white fungus infection can cause irritating symptoms, which can lead to facial deformity and severe swelling, but what makes yellow fungi worse is that they begin to spread inside the body and cause very different symptoms at first.

Fungal infections begin to spread internally, burden vital organs, and leave humans without energy, which can lead to symptoms such as acute lethargy and fatigue.

The spread of fungal infections can also disrupt digestion, and patients can report symptoms such as anorexia and sudden bad eating habits.

Metabolic changes may be symptoms to be seen now, and experts say unusual weight loss may be a sign that a person needs a medical examination, especially if they show symptoms similar to other fungal infections in circulation.

Facial deformity is a typical symptom of black fungus, and experts say serious cases of yellow fungi can also lead to the patient having red and sunken eyes.

It also leads to slow wound healing and eventual necrosis, in some cases, and can also cause serious pus leakage.

Other yellow or fungal infections that are being talked about now are not entirely new or rare, but their increased prevalence due to the conditions caused by the outbreak, which has directly affected the immunity of many, and amvotricin B injections are currently used to counteract them, an antifungal drug, and the only known treatment to fight the infection. 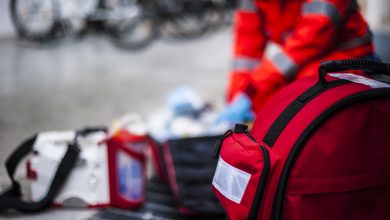 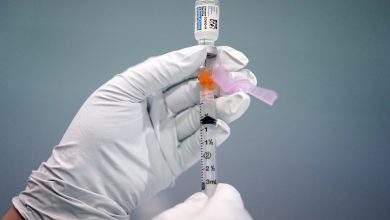 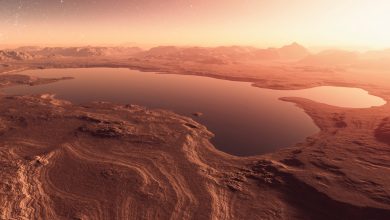