Paris: The Qatar Racing and Equestrian Club (QREC)-sponsored Qatar Prix de l’Elevage will be the feature event of the eight-race card at Toulouse, France on Saturday.

The Group 2,000-metre race for four-year-old and older Purebred Arabian fillies and mares will start at 03:15 pm Qatar time (02:15 pm France time). As many as eight runners will line for honours in the exciting contest seeking to announce themselves as favourites in the biggest summer races including the Doha Cup and the Rayyan Cup, both are Group 1s to be run at Deauville, France in August and are QREC-sponsored as well.

Qatari owners will have a strong representation at Toulouse with three runners carrying the colours of the Al Shaqab Racing and one in the silks of HH Sheikh Mohammed bin Khalifa Al-Thani.

Two of the Al Shaqab Racing’s contenders will be saddled by Thomas Fourcy and his main contender could be JALELA (FR) (Mister Ginoux x Nefertarie) who won her last two outings and both were at Toulouse with a Gr3 P/A success in the Prix Nevada II over a mile last October and a Gr2 P/A victory the Prix Nefta over 2,000 metres last month. Having her latest win over the same course and distance, the four-year-old filly is considered a leading player, who can remain unbeaten for the third time in a row. She will have her regular jockey Jerome Cabre in the saddle.

Fourcy’s second challenger UM TAJ (FR) (Al Mamun Monlau x Dyala). She has been the runner-up in four group races over the same or similar distance and the last of which was at ParisLongchamp in October 2020. The five-year-old mare, to be ridden by Julien AugE, will seek to go one better this time.

Al Shaqab Racing’s third representative is ALKEDRI (FR) (Mister Ginoux x Bise Al Maury). She is trained by Charles Gourdain and will be a key player as well with two group victories in her record. She opened her account of black-type success last September when she won the Gr2 PA French Arabian Breeders’ Challenge-Pouliches over the same distance at La Teste De Buch. Under Jean-Bernard Eyquem, the four-year-old filly will be coming off Gr3 victory as she won the Prix Damas over a mile at Bordeaux Le Bouscat earlier this month.

HH Sheikh Mohammed bin Khalifa Al-Thani-owned ARTEMIS (FR) (Azadi x Ocyrrhoe) will be another group winner in the fray. The five-year-old mare will be saddled by Mrs JF Bernard in her seasonal bow. Her 2020 campaign was quite good and highly promising as it included two runner-up places in Gr 2 PA over 1,900 and a Gr 1 PA 2,000 metres at Bordeaux Le Bouscat and Chantilly respectively. She followed that with Gr3 PA success in the Prix Nevadour over 1,900m metres at La Teste De Buch in August. While she finished sixth, behind UM TAJ, over 2,000 metres at ParisLongchamp when she was last seen in October, she is the type of runners who bounces back quickly and will try to reverse form this time. Olivier Peslier will be her partner.

The other four contenders include fillies and mares who have won or got placed in group races as well. The Jean de Mieulle-trained LAMET SHAMEL (QA) (AF Albahar x Valuta Khan) will be coming off a fourth place in the Group 2 PA Prix De Carthage on the same course and distance last month when she was last seen. The five-year-old mare will be taken by her promising young trainer and jockey Olivier d’AndignE to taste black-type success.

Charles Gourdain will have another representative as he will saddle the five-year-old QAMRIYAH (FR) (General x Vivamaria). She finished sixth behind LAMET SHAMEL on the same course and distance last month and will seek to add group success to her account and jockey Maxime Foulon will make sure to do his best to assist her in realising her target.

The Olivier Trigodet-trained ZARRA STAR (FR) (Azadi x Larissa Star) has been placed twice and successful once in three starts this year. The four-year-old filly finished third, half a length in front of ALKEDRI, in the Gr2 P/A Prix Nefta last month in her last outing. However, she will have to face this contender as well as JALELA again, who was the comfortable winner that day with two and a half lengths to spare. She will be helmed by Antoine Werle.

ELL IE DU PAON (FR) (Dahess x Jade Du Paon) has had three starts, including two this year. Following her first two decent performances over 2,000 metres, she won a 17-runner race over 1,900 metres at La Teste De Buch last month. While the distance is now familiar to the Damien De Watrigant-trained trainee, the four-year-old and jockey Guillaume Guedj-Gay will make sure to make no mistake in the encounter with the principals.

The 2021 edition Qatar Prix de l’Elevage combines class, high quality, challenge and promise; a unique mix, which is guaranteed to produce a thrilling racing event in the full sense of the term. 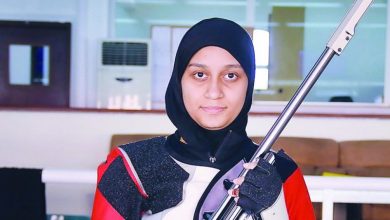 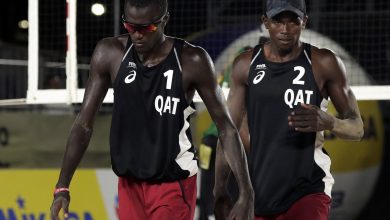 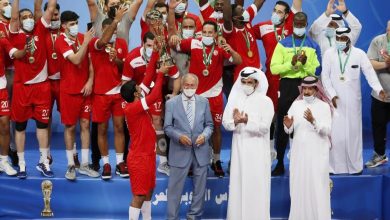 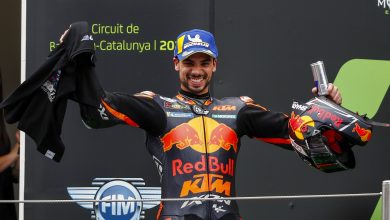 Oliveira wins MotoGP race in front of nearly 20,000 in Spain