BERLIN: Germany will spend about 2 billion euros ($2.4 billion) to support the development of its first quantum computer and related technologies in the next four years, the economy and science ministries said on Tuesday.

The science ministry will spend 1.1 billion euros by 2025 to support research and development in quantum computing, which uses the phenomena of quantum mechanics to deliver a leap forward in computation.

Germany’s Aerospace Center (DLR) will receive the bulk of the subsidies – about 740 million euros – to team up with industrial companies, medium-sized enterprises and start-ups to forge two consortia, the economy ministry said.

Altmaier pointed to applications in areas such as better management of supply and demand in the energy sector, improved traffic control and faster testing of new active substances.

“It’s our goal that Germany will become one of the best players worldwide in the development and practical application of quantum computing,” he said.

The state subsidies involved need the approval of the European Commission, the European Union’s executive, which has urged member states to team up and develop the EU’s first quantum computer in five years, as part of efforts to reduce its dependence on non-European technologies..

Science Minister Anja Karliczek said the government’s goal was to meet the target of building a competitive quantum computer in Germany in five years, and to create a network of companies in the field to develop cutting-edge applications.

“Today, we start the mission quantum computer ‘Made in Germany’ – and now we are ready for takeoff,” Karliczek said.

Guterres: Everyone has Duty to Help Refugees Rebuild their Lives 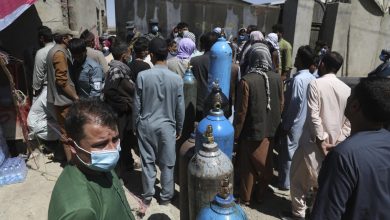 Afghanistan running out of oxygen as COVID surge worsens