Since its emergence in late 2019, Covid-19 has continued to spread around the world, and although more than 1 billion people have been vaccinated, the number of Covid-19 infections and deaths is increasing day by day, so why? Are new strains of the virus playing a role?

“First, because the world is beginning to forget health conditions such as social distancing,, hygiene and all the health conditions that we were following in the early stages of the spread of the virus,” al-Sawaf told Al Jazeera Live.

“Social, political and religious events in some countries have also neglected the health system,” he said.

“In addition, the emergence of new coronavirus mutations that have the characteristics of rapid spread and great lethality,” he said.

“The new Indian strain, which was announced a few days ago, has been talked about since last March, and now 60% are infected with this strain in India, and yesterday a new three-mutation strain emerged,” al-Sawaf said.

“The Indian strain took the bad specifications from the Brazilian strain and the South African strain and added to it some other effects that make it easier to spread and penetrate bodies,” he said.

“There is a covid tsunami hitting India, and this new strain is rapidly spreading and is deadly,” he said.

“They discovered that the virus is developing itself, and each period a new strain will occur, and it is recommended that each country conduct a weekly genetic study of the virus that is spreading because sometimes there are weak mutations, but there are other powerful ones that spread rapidly like the Indian strain,” al-Sawaf said.

India set a new record of 349,691 daily cases of Coronavirus on Sunday in the last 24 hours, bringing the total number of infections to 16.96 million. 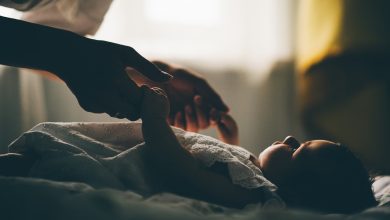