Doha: QNB’s weekly commentary said that the Chinese economy is set to continue its strong recovery from the COVID-19 pandemic, which led to the country’s first economic contraction in decade during the first quarter of 2020.

The report added that Chinas economic strength can be explained by an effective management of the pandemic, robust global demand for electronics, and powerful stimulus policy. The report cited data from the China National Bureau of Statistics which indicate that the country’s GDP grew by 18.3 percent y-o-y in Q1 2021, marking the fourth consecutive quarter of economic expansion. The report discussed three main mean reasons behind the strong recovery.

QNB said that China’s strong growth in Q1 was a function of the “base effects,” it was propped up by low base for comparison in Q1 2020, when the pandemic-induced economic collapse took place. The Qatari bank notes that the expansion is a much-less impressive 0.3-percent growth sequentially.

The report maintains however that, despite the unprecedented COVID-19 shock last year, the Chinese economy is on track to re-gain lost ground.

“As an example, in October 2019, the IMF expected that the Chinese GDP would have grown by 12 percent from that year to the end of 2021. Such projection did not account for the massive

exogenous “black swan event” shock that emerged with the pandemic. However, given Chinas fast recovery, even with the pandemic, the countrys GDP is now expected to grow by 11 percent from 2019 to

The third factor according to the report was that Chinese domestic private consumption remains weak, indicating that post-COVID-19 growth is still over-reliant on state-induced, credit-intensive infrastructure investments. While public investments may have been important to support the economy during the pandemic, they are not expected to be a sustainable source of long-term growth.

The report said that Chinas infrastructure is already highly developed and additional investments in the sector tend to be less efficient, often contributing to create inadequate levels of indebtedness and overcapacity. Economic authorities are therefore looking to promote “higher quality” growth drivers in the future, focusing on consumption, tech exports and private business investments.

“All in all, China is once again proving that its economy is extremely resilient to exogenous shocks. The recovery is now well under way and GDP is expected to grow by 8.6 percent this year,” the report concluded. 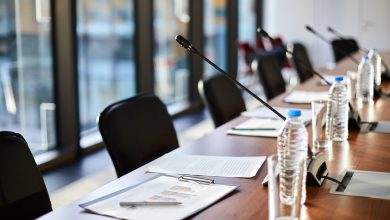