HE Assistant Foreign Minister and Spokesperson for the Ministry of Foreign Affairs Lolwah bint Rashid Al Khater visited the exhibition on this occasion.

For his part, HE Acting Director of the Human Rights Department at the Ministry of Foreign Affairs Dr. Turki bin Abdullah Al Mahmoud and the department’s staff gave an introduction on the department’s work and tasks in promoting human rights, in addition to a presentation of the digital library for human rights that was established, and the training program approved by the department.

Several state entities celebrate the Arab Human Rights Day, which was approved by the Arab League on March 16 of each year, the day on which the Arab Charter on Human Rights entered into force in 2008 after it was approved in May of 2004 at the Tunis summit.

Acting Director of the Human Rights Department at the Ministry of Foreign Affairs referred to the speech of HH the Amir Sheikh Tamim bin Hamad Al-Thani before the 73rd session of the United Nations General Assembly in New York in September 2018, in which HH the Amir said that human development and the protection and promotion of human rights are at the forefront of the State of Qatar’s priorities.

HE Dr. Turki bin Abdullah Al Mahmoud reaffirmed the State of Qatars keenness to cooperate with regional mechanisms that would promote and protect human rights. He stressed that the national legislation issued during recent years reflected Qatars increasing interest in promoting and protecting human rights and joining regional and international human rights treaties.

He praised the institutional efforts, which recently culminated in the issuance of Cabinet Resolution No. 26 of 2019 establishing the National Committee for the Affairs of Woman, Children, the Elderly and People with Disabilities, which comes within the framework of compliance with the recommendations of the monitoring committees to establish an independent central government mechanism concerned with the rights of women, children, the elderly and people with disabilities.

The committee was formed under the chairmanship of the Minister of Administrative Development, Labor and Social Affairs, and the membership of various government agencies in addition to civil society organizations and the National Human Rights Committee, he explained.

Acting Director of the Human Rights Department also referred to the Declaration on Human Rights of the Gulf Cooperation Council, which was adopted by the Supreme Council at the end of its 35th session held on Dec. 9, 2014, in Doha.

The presentation of the staff of the Human Rights Department at the ministry included a number of human rights issues, as Hamad Al Suwaidi, a third political researcher in the department, pointed to the establishment of the National Committee to Combat Human Trafficking to play the role of the national coordinator for monitoring, preventing and combating human trafficking. The committee was formed under the chairmanship of HE the Minister of Administrative Development, Labor and Social Affairs, with a membership of a representative of the concerned authorities in the country, he added.

For her part, head of the human rights agreements department Hanadi Netham Al Shafei stressed that the State of Qatar garnered the highest ratings in the report of the Office of the United Nations High Commissioner for Human Rights in 2019 with 10 percent in the rating related to adherence to presenting reports of the agreements’ committees. She said that the result reflects the state’s commitment to these agreements.

In that regard, Al Shafei said that the Arab Charter on Human Rights is considered one of the most important regional documents on human rights. The charter was accredited in 2004, with the State of Qatar ratifying it in 2009. It aims to establish the principle that human rights are universal, indivisible, interrelated and interdependent.

For his part, Human Rights Advisor in the Department Dr. Mohammed Al Tayeb said that the State of Qatar is preparing a national human rights action plan. He said that forming a committee reflects the state’s growing interest in enhancing the protection of human rights, and its commitment to the resolutions of UN mechanisms. He also said that the action plan is prepared in accordance to the guide of the Office of the United Nations High Commissioner for Human Rights on preparing action plans in the field of human rights and the best practices.

Legal affairs researcher Saoud Al Henzab said that the State of Qatar provided aid to more than 100 countries around the world included humanitarian and developmental aid that was not restricted by geographic range. He added that the State of Qatar sees dialogue between religions as an indispensable tool to build bridges between different societies and peoples that is based on mutual respect, which would help enhance stability. He also said highlighted the establishment of the Qatari committee for the alliance of civilizations, and the Doha International Center for Interfaith Dialogue as noted efforts in that field.

Third secretary at the department Abdullah bin Saif Al Maadadi highlighted the work done by the permanent independent human rights committee of the Organization of Islamic Cooperation, established in 2008, as a leading and independent organization in the field of human rights.

First secretary at the department Abdullah Al Yami highlighted the importance of celebrating the Arab Human Rights Day as it represents the date on which the Arab Charter on Human Rights entered into force, in addition to being an opportunity to raise awareness and education in the field of human rights.

Third secretary at the department Sheikha Al Kubaisi highlighted the importance of connecting the work of the department of human rights with the UN Human Rights Council. She said that the State of Qatar won the membership in the council four times in the past years, and has applied for the council’s membership for the years 2022-2024. 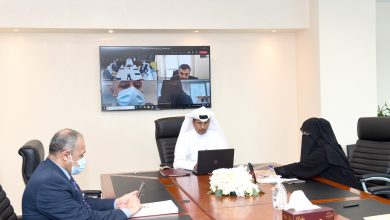 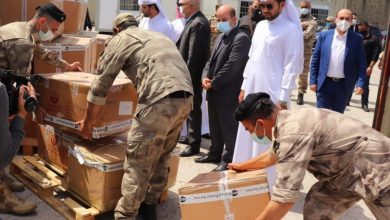