Doha: Qumra, the Doha Film Institute’s (DFI) annual talent incubator for Arab cinema will welcome over 150 international industry experts from 41 countries, joined by a number of prominent local organizations for the seventh edition of the initiative, taking place online from 12 to 17 March 2021.

The Qumra 2021 program includes 30 features, 12 shorts and 6 series including 5 new Qatari features in development. The sessions are presented in two parts: tutorials, workshops, consultations and one-on-one meetings for projects in development; and work-in-progress screenings and feedback sessions for projects in post-production. Qumra supports the script-to-screen journey and beyond, and with the inclusion of VoD and online platforms, allowing filmmakers to look beyond conventional platforms to take their projects to a wider audience.

Chief Executive Officer of the Doha Film Institute Fatma Hassan Alremaihi said: “We are extremely proud to support the outstanding Qumra projects participating this year, and incredibly grateful to the unfailing belief and commitment of the industry experts who share our vision of a vibrant global creative community. Despite a global pandemic, the team at DFI have successfully translated the commitment to supporting promising talent through an innovative new format of Qumra this year.

“From developing concepts to completed projects, Qumra expands on the Institute’s existing support activities by giving filmmakers unprecedented access to leading decision-makers from around the world to turn strong ideas into reality and accelerate the success of standout projects ready to launch. The program’s growing acclaim is a testament to our collective contribution to realizing the ambitious goal of giving volume to unheard voices and showing the world authentic perspectives from the region and the wider world.”

The Doha Film Institute (DFI) is a non-profit independent cultural organization. It is dedicated to film appreciation, education, and the creation of a sustainable film industry in Qatar. DFI’s many initiatives include film and television funding for local, regional and international films, year-round education programs, film screenings, the Ajyal Film Festival and Qumra forum. 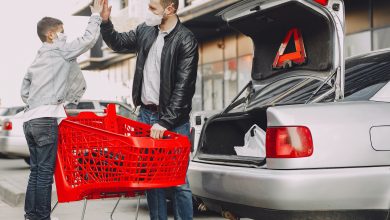