Doha: Twitter announced via a virtual event its plans to launch the pay-for-posts “Super Followers” feature, where users will be able to pay the people they follow for their best tweets.

According to Al Jazeera, with Super features, Twitter will allow users to make money from content that will be exclusive to certain followers.

Samples from the company’s screenshots show that the payment scheme can take many forms, for example, a follower can pay tweeters a few dollars a month to access that user’s exclusive newsletter or to watch special tweets available only to premium followers. They may also be able to join a particular group or receive a badge indicating their support for the tweeter.

The idea that you’re going to pay someone for their exclusive tweets may seem illogical, but a Twitter spokesman told technology website Recode that the goal is to “rethink the incentives for our service.” Basically, the premise seems to be that this pay-for-posts advantage will help build more specific communities around specific topics.

Besides paying for posts, another change is coming to Twitter, a group-like tool called Communities.

Currently, we don’t know much about this feature that hasn’t arrived yet, with Twitter saying more information is coming later this year, but the idea seems to be to provide a more specific and controlled way for communities to come together on Twitter outside the page’s public domain.

“It’s still hard to find people who share your interests in in-depth conversations and communicate directly with them,” a company spokesman told Recode.

“This year, we are making it easier for you to discover, participate and talk to communities that share your interests,” he added.

The new community feature on Twitter was announced at a virtual investor event on Thursday.

None of Twitter’s newly announced features are currently available, but the company says it will reveal more information in the coming months.

The arrival of the “Super followers” and “communities” features comes as Twitter moves to simulate closed features available on other platforms. 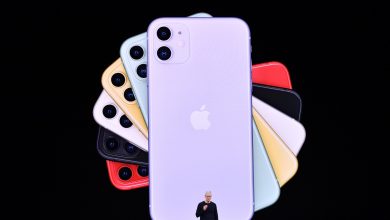