Doha: Under the patronage of HH the Amir Sheikh Tamim bin Hamad Al-Thani, activities of “Doha Capital of Culture in the Islamic World 2021” will kick off on March 8.

ICESCO selected Doha to be the Capital of Culture in the Islamic World for the year 2021 given its ancient history and legacy, the civilizational components and landmarks in the State of Qatar that reflect the Islamic character, and based on the fact that Doha is considered a venue for dialogue, cultures and openness to civilizations. Dohas hosting of this Islamic event promotes the bonds of friendship and respect between the State of Qatar and countries of the world, in particular the Islamic world, and constitutes an opportunity to highlight the State’s cultural diversity and historic monuments, and the human values of Qatar’s culture and its ancient history.

General coordinator of the celebration Hamad Al Athba said that choosing Doha to a capital of the Islamic culture was the result of meeting the conditions that make it a shining Islamic beacon in the sky of the Arab and Islamic world. The State of Qatar is interested in the Islamic heritage in particular, and archaeological heritage and history in general, through the restoration of a number of archaeological areas in the country and paying attention to them, in addition to its constant endeavor to find historic and Islamic artifacts that highlight the Islamic monuments in the past centuries, as is the case in the Museum of Islamic Art.

Athba noted that the program prepared by the Ministry of Culture and Sports in cooperation with the strategic partners and participating bodies aims at promoting and developing a new tourism pattern based on investing in Dohas architectural heritage in attracting visitors from Islamic countries to see the beauty of its landmarks. The program also aims to attract citizens in Arab and Islamic countries to discover the historic Islamic monuments in the various cities of the State of Qatar, which include landmarks classified on the World Heritage List of the United Nations Educational, Scientific and Cultural Organization (UNESCO).

He added that Doha Capital of Culture in the Islamic World 2021 comes in conjunction with the continuous preparations to host 2022 Qatar World Cup and the construction boom country has witnessed in a short period in various fields, especially in the infrastructure, providing a model in building the society and the state.

Secretary-General of Qatar National Commission for Education, Culture and Science Dr. Hamda Hassan Al Sulaiti said that hosting the activities of Doha Capital of Culture in the Islamic World 2021 comes within the efforts exerted by the State of Qatar to spread the Islamic and humanitarian culture, noting that the decision to launch Islamic cultural capitals was issued in Doha twenty years ago when it was adopted by the Third Islamic Conference of Culture Ministers, which was held in Doha in 2001 and provided for the nomination of three cultural capitals in the Islamic world every year, representing the three Arab, Asian and African regions.

Dr. Al Sulaiti noted that the city of Doha has fulfilled all the conditions and standards set by the ICESCO for hosting the event, including that it be a city with a historic heritage and a wide scientific reputation, has distinguished contributions in the cultural and humanitarian fields through scientific, literary and artistic works, and has scientific research centers, manuscript libraries, archaeological centers and actor cultural institutions in the field of revitalizing the cultural life.

For his part, Director of the Culture and Arts Department at the Ministry of Culture and Sports Faisal Al Suwaidi said that Qatar’s hosting of Doha Capital of Culture in the Islamic World 2021 contributes to realizing the Ministry’s strategy for 2018-2022 which seeks to provide a developing cultural environment for the energies of the Qatari society in all its components that sharpens its capabilities in a national renaissance project that would transfer it to the ranks of developed and civilized countries, making the State of Qatar a model to be emulated and anchored for its cultural role regionally and internationally.

He noted a cooperation between all parties within the state, including the strategic partners and participating bodies, resulted in preparing more than 70 diverse events during the current year to reflect the big perceptions of hosting the event and the State in general, which carry many challenges in light of the current health conditions that have not prevented Doha from continuing the work and fulfilling its promise.

The State of Qatar and the Islamic World Educational, Scientific, and Cultural Organization (ICESCO) enjoy a great record of cooperation and partnership since the State’s accession in 1972. The State of Qatar participated in many events, confirming the Qatari leaderships keenness on supporting the organization and making all efforts to remain an incubator and supportive of the causes of the Islamic nation in all parts of the world. 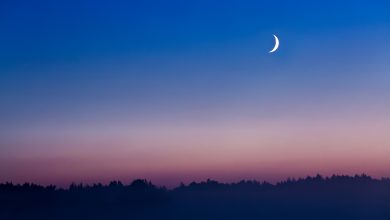