Doha: Sabah Al Ahmad Corridor is one of the most important projects implemented by the Public Works Authority (Ashghal) as a new lung of Doha.

In statements to Qatar News Agency (QNA) on the sidelines of the ceremony held Wednesday on the occasion of inaugurating Sabah Al Ahmad Corridor, officials in Ashghal stated that 60% of the material used in the projects were locally manufactured, noting that the project will lead to a great traffic flow in Doha and will contribute significantly to facilitating access to six of the 2022 FIFA World Cup stadiums.

Manager of Highway Projects Department at Ashghal Eng. Badr Darwish confirmed that the opening of Sabah Al Ahmad Corridor coinciding with the celebration of the National Day and Liberation Day Anniversary of the State of Kuwait comes as a consolidation of the fraternal relations between the two brotherly countries and a culmination of the efforts exerted by the State of Kuwait for reunification and the achievement of the Gulf interest.

Speaking to QNA, Eng. Badr Darwish noted that the main road was opened to traffic months ahead of schedule, noting that the construction work of the project was not affected by the coronavirus pandemic.

He praised the efforts of the State which resulted in the completion of the project works as soon as possible, indicating that 60% pf the material used in the implementation of the project were locally made, based on Ashghal’s keenness on relying on the local product, whether through homemade materials, or Qatari companies, in line with the State’s drive to support the local product.

He noted that the project included 6,300,000 cubic meters of excavation, backfilling and paving works as well as the use of approximately 1,442,000 tons of asphalt and 1,520,000 cubic meters of reinforced concrete. The infrastructure lines installed include 220km of communication lines, about 470 km of power lines, 205km of drainage lines extension and about 77km of treated sewer lines.

He stated that Sabah Al Ahmad Corridor is considered as lung of Doha as it will contribute greatly to ease traffic congestion in Doha in general, especially for those coming from south to north, as the road is an ideal alternate route to Doha Expressway and February 22nd Street, with better traffic flow, as the commuter from HIA through this road will reach Umm Lekhba Interchange on Al Shamal Road in less than 18 minutes, while the same journey through Doha Expressway and 22 February Street takes about 50 minutes, which means cutting 70% of travel time.

The new road is also a main link for those coming from the south of Qatar to its north through Doha city, as it will integrate Doha Expressway with its southern part (Al Wakra Parallel Road) and linking to Mesaieed Road through Al Thumama Stadium Interchange, which is considered a distribution point to the Doha Expressway on one hand, and to Sabah Al Ahmad Corridor on the other hand.

Highlighting the special features of Sabah Al Ahmad Corridor, Eng. Darwish said that the new road is the first road in Qatar to be named Corridor and it is written on signboards in distinctive calligraphy similar to Al Majd Road, to distinguish it from the rest of the names of roads and streets in Qatar.

He noted the integration of Mesaimeer Bridge, Bu Hamour Bridge and Cable-stayed Bridge, noting that the Mesaimeer Bridge extended along 1600 meters, and the Bu Hamour Bridge of extended along 900 meters on the corridor to facilitate free flow traffic from the south of Sabah Al Ahmad Corridor towards the cable- stayed bridge over Haloul intersection and Faleh Bin Nasser interchange.

Speaking to QNA, Eng. Al Emadi said that the implementation of this project was accompanied with newly developed service roads and perpendicular roads connecting with the Corridor, so that total project work reaches to an approximate length of 41 kilometers.

He praised the government which spared no effort to complete the works as fast as possible using local materials in the implementation of the project at an estimated rate of 60% of works.

He noted that the old roundabouts and signaled intersections along the corridor are converted into 18 multi-level interchanges, 30 bridges and 15 underpasses to provide free flow traffic. Sabah Al Ahmad Corridor also includes construction of pedestrian crossings including 7 bridges and two pedestrian underpasses, besides 50.5 km long bicycle and pedestrian paths to ensure safe movement of people, in addition to beautification and tree plantation works along an approximate area of 355,642 square meters.

As for health facilities, Eng. Al Emadi said that Sabah Al Ahmad Corridor, by linking with the highway network in the country, provide best way to reach health facilities around the route including Sidra Medicine Hospital, Mesaimeer Health Center and Al Thumama Health Center. The corridor also facilitates access to many educational institutions including institution in the Education City, besides many schools and nearby institutes.

Speaking to QNA on the sidelines of the inaugural ceremony, Eng. Al Darwish noted that the 1200m long Cable-Stayed Bridge was designed to construct without columns up to a distance of 150 meters, taking into account all safety factors while constructing the bridge, including supporting the bridge with about 120 cables and 754 precast concrete pieces of more than 200 tons in weight and setting up 20 columns and 16 pillars to reach the height of the highest point from the bridge to 30 meters.

He stressed that this indigenous cable-stayed bridge will be a great leap in the traffic culture of Doha due to its strategic location above Haloul interchange and Faleh bin Nasser interchange on Salwa Road, where it will catch traffic coming to and from Hamad International Airport and will reduce traffic pressure on parallel roads such as Wholesale Market Street and Doha Expressway.

Eng. Al Darwish shed light on the interchanges and tunnels along the Sabah Al Ahmad Corridor, noting that Al Waab Interchange will be reopened after converting it from signaled intersection to a three level interchange to provide improved traffic flow in all directions. The interchange facilitates access to important roads such as Doha Expressway, Salwa Road and Sabah Al Ahmad Corridor. It consists of 3 bridges and a ground level signaled junction on Al Waab Street. The interchange will also provide traffic flow to neighborhood areas such as Al Waab, Fereej Al Soudan, Al Sadd, Mehairja, Al Rayyan and Muaither, where there are many educational institutions and health facilities, commercial outlets and residential neighborhoods. The interchange will also facilitate access to a number of sports facilities such as Khalifa International Stadium, Jassim bin Hamad Stadium (Al Sadd), Ali bin Hamad Al Attiyah Hall and Aspire Zone, in addition to nearby metro stations along the Golden Line such as Al Sudan Station and Al Waab Station.

On Murraikh Interchange, he said that it is integrated with Al Waab Interchange, after converting Lekhwiya Roundabout into a two-level interchange. It is considered as a major access road providing parallel traffic to Al Waab Street and connecting traffic from Doha Expressway in the direction of Sabah Al Ahmad Corridor and Al Khufoos Street to Al Furousiya Street, reducing traffic pressure on Al Waab Street. Murraikh Interchange is also connected with Al-Mokafaha Interchange that connects Sabah Al Ahmad Corridor with Al-Rayyan Road, which will reduce the parallel traffic movement on Doha Expressway and 22 February Street.

Eng. Al Darwish added that the corridor project also includes Al Rayyan Underpass, the longest and deepest two-way underpass with a length of 2.1 km, extending below Lebday Interchange (Al Mokafaha Interchange) at a depth of 25 meters. The underpass connects traffic coming from Al Waab, Murraikh interchanges and Makkah interchange in Al Luqta area without the need to use Al Rayyan Road.

The project also includes Makkah Interchange which consists of a bridge with four lanes in each direction, ensuring a free flow traffic between Al Rayyan and Al Gharrafa, and a signaled intersection that facilitates access to Al-Luqta area.

He noted that Umm Lekhba Interchange is the largest interchange in Qatar, with a length of 11 km, and it is the first in Qatar in highest number of levels, consisting four levels and nine bridges that provide free traffic flow in all directions. It also includes the second highest bridge in Qatar with a height of 30 meters.

“Umm Lekhba interchange is also significant in its position as the north gate to Doha city and a distribution point of traffic due to its strategic location. The interchange is located at the northern entrance to Doha city, where the heavy traffic movement to and from Doha towards Al Shamal direction, and it is located in an important spot where Al Shamal Road intersects with Sabah Al Ahmad Corridor,” he continued.

In addition, the interchange is located in densely populated neighborhoods with many big commercial outlets, many governmental institutions, educational and health facilities, as well as big shopping complexes and markets. The interchange can accommodate more than 20,000 vehicles per hour, he added. 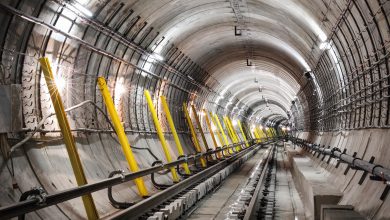 Qatar Prepares For Major Leap in Project and Construction Market 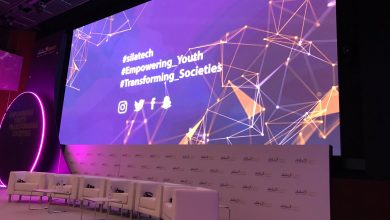