Doha: Chair of the National Health Strategic Group on COVID-19 and Head of Infectious Diseases at Hamad Medical Corporation Dr. Abdullatif Al Khal said that the State of Qatar was able during the past year to flatten the curve of COVID-19 infection, significantly reduce its spread among society members, and maintain a low rate of infections and deaths, indicating that a remarkable increase with an accelerated pace in the number of infections, the reproductive factor of the virus, and daily hospitalizations rate were recently recorded, which may be an early indicator of a possible second wave.

In a press conference for the Supreme Committee for Crisis Management on Wednesday evening, Dr. Al Khal noted that this increase comes in light of increasing concerns due to the emergence of new strains of the virus capable of spreading at a faster pace, indicating that the Ministry of Public Health (MOPH) relies on six main indicators to monitor the extent of the pandemic, which are the main factors in making decisions to impose or lift restrictions.

He explained that these decisions include the general rate of positive daily examinations, the rate of positive examination in random surveys, the number of daily severe infections that are hospitalized, the number of daily critical cases that are admitted to intensive care units, the cumulative rate of infection for 14 days in every 100,000 people, and the reproductive number.

These indicators are monitored weekly to predict the possibility of a new wave of the pandemic, thus MOPH recommends to re-impose new restrictions to prevent this from happening, then these indicators are monitored every two weeks to decide to move to the next level, staying at the same level or returning to the previous level, Dr. Al Khal said, adding that this depends greatly on the commitment of community members and their adherence to the imposed procedures.

Dr. Al Khal warned that the number of daily infections in Qatar has gradually increased since the middle of last month among Qataris and residents of professionals and members of their families, and attributed most of the cases of infection to mixing in private places such as social visits, weddings, and parties, while infections through public places are still limited.

Dr. Al Khal pointed to an increase in the percentage of positive daily examinations, which rose to 3.4 percent, which is double what it was two weeks ago, expressing concern for the increase in the number of infections that require hospitalization, which constitutes a burden on the health system.

He added that the number of critical cases requiring admission to intensive care has also increased, which may lead to an increase in deaths, indicating that there are currently more than 5,700 active cases, 481 of which are hospitalized with severe complications, in addition to 55 critical cases in intensive care units. He further added that that the number of daily infections more than doubled compared to December.

Chair of the National Health Strategic Group on COVID-19 and Head of Infectious Diseases at Hamad Medical Corporation Dr. Abdullatif Al Khal explained that the coronavirus is constantly mutating during its transmission from one person to another, which leads to the emergence of new strains, noting that the rate of mutations increase with the increase in the number of infections, and some of them make the virus more contagious and more deadly.

He said that two different strains of the virus were recently detected in the United Kingdom and South Africa and spread to more than 70 countries in the world. Some of these strains reached the Gulf countries, and it is very likely that they have reached Qatar, stressing the need to follow precautionary measures more than ever before to limit the spread of the virus even if the vaccine was taken.

Dr. Al Khal explained that due to the increase in infections, hospital admissions and intensive care cases, it was decided to impose a package of restrictions to slow the chain of transmission of the virus in society and to flatten the second wave. He said that the plan to re-escalate the COVID-19 restrictions which was approved by the Supreme Committee for Crisis Management in October, is based on an assessment of health risks and social and economic interest, taking into account the consultations between the various ministries in the country. The plan is also based on the experiences gained during the first wave and includes 4 levels, each of them includes a set of restrictions to curb the spread of the pandemic. The level has been chosen based on a set of epidemiological indicators to suit the severity of the pandemic.

Due to the increase in the infection cases, Dr. Al Khal said that it was decided to apply restrictions from the second level of the plan with some exceptions according to severity, noting that the first level includes imposing restrictions on high-risk activities first, and the second imposing restrictions on activities with a moderate to high risk. The third level, includes more restrictions in the event that the infection rates do not decrease after applying the first and second levels, while the fourth level is considered the most strict as it imposes a complete closure, which some countries have resorted to.

Dr. Al Khal reviewed the action plan to re-impose the restrictions that will be implemented starting tomorrow (Thursday), except for the restrictions on the weddings which will be implemented starting Sunday. He reviewed in details the package of restrictions for gatherings, transportation, outdoor spaces, professional sports, education and health, including education centers for people with special needs, special training centers, nurseries and childcare, as well as business and entertainment.

He noted that despite the strictness of some imposed restrictions, their application will be in the interest of everyone. Nevertheless, there will be an increase in infections in the coming days and that these restrictions will become effective if everyone worked together and abided by the rules as the only way to break the chain of infection and control the second wave as required.

Dr. Al Khal stressed the importance of adhering to preventive measures more than ever before in order to reduce the height of the second wave, presenting a set of precautionary and preventive recommendations that must be followed to avoid infection, such as wearing masks throughout the time outside the home, even in the event of receiving the vaccine, maintaining social and physical distancing, avoiding large gatherings, closed and crowded places, and constantly sterilizing hands.

He also advised the elderly and those with chronic diseases to avoid going out of the house unless necessary, as they are more likely to have complications from infection, while making sure that they get vaccinated.

Brigadier General Al Muftah confirmed that the Ministry of Interior will implement the decisions taken today by the esteemed cabinet, and the MOPH decisions through the precaution cell formed by the Ministry’s security departments, along with coordinators from other relevant authorities, indicating that mobile and foot patrols will be intensified in residential and commercial areas to arrest violators of the precautionary requirements.

Regarding social events and the requirements for holding weddings, Director of the Public Relations Department at the Ministry of Interior Brigadier Abdullah Khalifa Al Muftah explained that the decisions issued require the need to submit a request to hold wedding parties at the nearest security department as of next Sunday, indicating the need to follow all precautionary requirements during the holding of such events including wearing a mask, maintaining a safe distance, and installing the Ehteraz application for all who are in the place.

Brigadier General Al Muftah stated that the General Directorate of Information Systems will, during the coming period, add this request to the Metrash application, where the public will be able to apply online, explaining that this service will be announced as soon as it becomes available in the application.

For his part, Assistant Undersecretary for Trade Affairs at the Ministry of Commerce and Industry Saleh bin Majed Al Khulaifi underlined that the measures announced by the Cabinet today aim at protecting the society and the commercial institutions alike, while maintaining the business continuity.

He underlined that these measures came to support and stimulate the activities that maintain precautionary measures, while tightening the control over high-risk activities.

Al Khulaifi explained that the capacity will be reduced in a number of activities, especially the crowded ones, calling on restaurants and cafes to participate in the “Qatar Clean” program in cooperation with the National Tourism Council.

He noted that the Ministry will carry out field visits to restaurants and coffee shops to inspect their procedures and preparations and to ensure that they are compatible with the precautionary measures, adding that restaurants that meet the highest health and safety standards will be able, through its participation in the “Qatar Clean” program, to increase their capacity.

Al Khulaifi urged the commercial stores to increase their electronic services as much as possible, noting the remarkable boom in the field of e-commerce during the last period, and stressing the Ministry’s support for companies to complete this vital trend.

He stressed the need for all private sector companies to adhere to the precautionary measures to avoid any penalties stipulated in the Communicable Diseases Law and the Commercial Licenses Law.

He warned that the Ministry will intensify inspection tours to ensure the community members commitment to the precautionary measures, and will issue violations for the violators and refer them to the competent prosecution.

Responding to a question about monitoring the commercial establishments and ensuring their compliance with the precautionary measures, Assistant Undersecretary for Trade Affairs at the Ministry of Commerce and Industry Saleh bin Majed Al Khulaifi said that the Ministry is making sure that the precautionary measures and capacity requirements are applied in all commercial establishments such as commercial complexes, gyms, restaurants, beauty salons and others, through field visits by the Ministry’s inspectors. 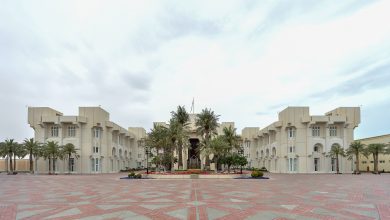 Amir Sends Condolences to the Custodian of the Two Holy Mosques 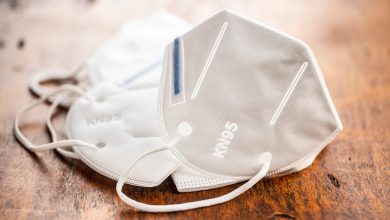