Doha: Al Sailiya and Al Ahli shared points after a goalless draw in Week 15 of the 2020-21 season QNB Stars League at the Al Ahli Stadium on Wednesday.

Al Ahli, with their second draw this season, have a tally of 23 points whereas Al Sailiya, following their fourth draw, are now on 19 points.

Al Sailiya played with 10 men almost all through the game as their Iraqi striker Muhanad Ali (Mimi) received a red card for a foul on Al Ahlis Mohammed Al Naimi in the second minute.

In the ninth minute, Mohammed Diame opened up with a solo effort from the Al Sailiya box, but the tall strikers powerful shot caught a deflection and flew past the goalmouth.

Three minutes later, Al Ahlis Hernan Perez produced a similar effort from the edge of the box, but even his shot caused just a little flutter in the Al Sailiya ranks.

Al Sailiyah also wasted little time in creating chances in the 13th minute. Rami Fayez produced a close-range shot that was blocked by a defender and then team-mate Tiago Bezerra also aimed at the goal, but his shot hit the outside of the net from close range.

In what could be described as a lucky escape for Al Ahli, Rami curled in a free-kick that was parried by keeper Yazan Naim over the crossbar in the 26th minute.

Close to the end of first half, Diame produced another dangerous shot from the edge of the box, but this time keeper Claude Amine flicked the ball above the crossbar in the 40th minute.

A few seconds later, Al Ahlis Nabil El Zhar came up with a spectacular drive from outside the box. The ball dipped on keeper Amin before sailing past his right without causing any damage.

Early in the second half, Tiago Bezerra headed home off a corner kick but his deflection landed on top of the Al Ahli net. In the 50th minute, Al Ahlis Perez also headed from close range, but keeper Amine parried the ball with a jump.

On the hour mark, Perez charged into the Al Sailiya box and unleashed a left-footed drive that crashed into the outside of the net. In the 70th minute, Tiago of Al Sailiya ramped up the pressure on the boys in white but his powerful shot from the edge of the box was deflected by keeper Yazan.

Ten minutes later, El Zhar clipped a shot just as he neared the Al Sailiya box, but his drive was blocked by an Al Sailiya defender. 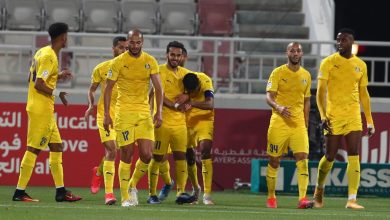 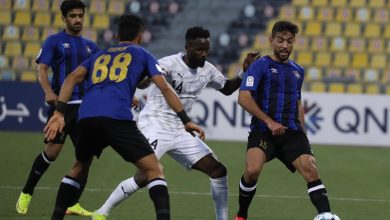 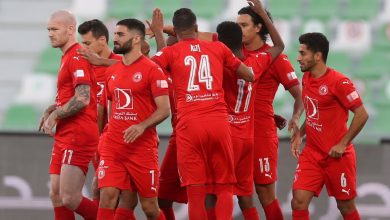 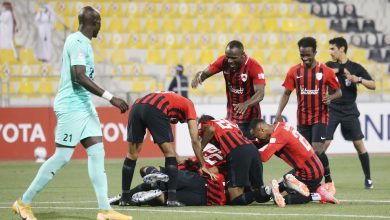