Doha: Our champion Nasser Saleh al-Attiyah is facing a new challenge today at the Dakar International Rally 2021, which is currently being held in Saudi Arabia, through the 737-kilometre 7th stage of the Rally which is the Marathon Stage, including 471 special stages between Hail-Skaka.

Our hero Nasser al-Attiyah is welcomed by the people of Saudi Arabia, especially in Hail, which witnessed the sixth stage and also will witness the stage of the day, as well as the welcome of the people of the city of Al-Khatta, and our hero Al-Attiyah posted on his social media accounts especially Instagram and Snapchat videos of the people of Saudi Arabia welcoming him and the great hospitality for our world champion where he interacted with them and exchanged greetings, thanking them for the good reception with the promise of doing the best in order to win the title of the rally, and our hero Al-Attiyah also raised Qatari and Saudi flags in the middle of a large celebration.

Throughout the previous stages, the people of Saudi Arabia were keen to publish clips of our hero Al-Attiyah during the races, wishing him success in achieving the Dakar 2021 title. Al-Attiyah is in second place in the overall standings with french navigator Mathieu Bomel on board the new Toyota Hilux with a total time of 22.19.56 hours, 5.53 minutes behind the 13-time French leader Stéphane Peterhansel (7 in the car category and 6 in motorcycle), with his navigator and compatriot Edouard Bolanje on board the Mini Cooper with a total time of 22.14.03 hours, Carlos Sainz of Spain, a three-time champion, and his compatriot Lucas Cruz are in third place with a total of 22.54.42 hours and 40.39 minutes behind the leader, and Poland’s Jakob Perzigonski finished fourth with a total time of 23.50.58 hours, while South African Brian Paraguanath finished in the top five with a total of 24.04.35.

Our hero Al Attiyah managed to win 3 consecutive stages in the last 6 rounds of the rally, the second, third and fourth, as he won the prologue, but that was not enough in the overall ranking, especially since he wasted more than 12 minutes in the first stage won by The Spaniard Carlos Sainz, while our hero Al Attiyah came fourth in the fifth stage and third in the sixth stage with a narrow difference with The Frenchman Peter Hansel, who has not yet achieved any victory.

Our champion Nasser al-Attiyah’s team was keen to prepare the car again for the most difficult challenge today, as the drivers will not get any help in Skaka, and they will have to rely on themselves only, in the first part of the marathon stage.

This special stage consists of three sections; the first is approximately 100 kilometres long with lots of sand and dunes, and participants will have to be cautious on the issue of fuel consumption,

The first phase will end with a series of rocky plateaus and a mix of fast and winding sections, and then a final section which is quicker that ends in Skaka, where participants will be alone and will have to carry out the necessary maintenance and repair work with their hands, and without the assistance of the Team, last year things were very clear with all the participants who couldn’t finish the whole phase, they won’t be allowed to go to the overnight camp and they won’t be able to help their friends, so everyone should be very careful during these two days.

With six rounds remaining, Al Attiyah will be able to make up regarding his experience in dealing with difficult challenges and our champion is very optimistic to narrow the gap with the leader and pounce on the lead.

Meanwhile, the driver Khalifa Saleh al-Attiyah competes in the T4 (SSV) class with his Italian navigator Paolo Siska, with great enthusiasm after he managed to deliver a remarkable performance achieving the title of the sixth stage, and has already achieved the second place of the fifth stage, to be in ninth place in the overall standings with a total time of 29.24.23 hours and a difference of 2.19.54 hours from the leader Polish driver Arun Domzal.

In the same category «T4», the Qatari team consisting of Ahmed al-Kuwari with his navigator and compatriot Nasser al-Kuwari on board the Yamaha (YXZ) 1000 R, where he currently occupies 33rd place in the overall standings, and seeks to provide better performance in order to be in advanced positions. 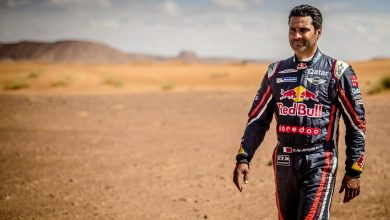 Nasser Al-Attiyah: That is why I won second place in the Dakar Rally 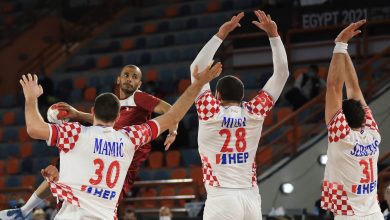 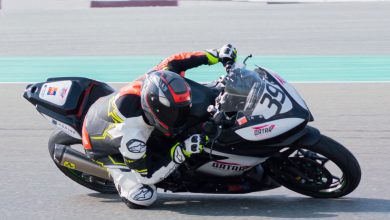