Riyadh: Qatari driver Nasser Saleh al-Attiyah yesterday won the prologue phase of the 43rd edition of the Dakar International Rally, which is hosted by Saudi Arabia for the second time in a row, with 555 competitors in various categories of drivers and navigators, and amid precautionary measures due to the spread of the coronavirus.

The Dakar Rally, which sees 12 stages at a distance of 7,500 kilometers starting and ending at Jeddah, kicked off yesterday with a parade in Jeddah with a total length of 11 kilometers, with 288 participants, and al-Attiyah was able to win it after The fastest time record at this stage with 5 minutes and 48 seconds to go first on the track of the first special stage tomorrow, while South African Brian Paraguanath finished in second place, and Saudi driver Yazid Al Rajhi in third place with 8 seconds to go from the first place, Poland’s Jakob Brzezinski finished fourth, ahead of his teammate Bernhard Tin Brinky.

By winning the show stage, Al Attiyah has strengthened his record in the number of wins in the rally stages, which reaches 36 stages, and is scheduled to open the course of the first stage tomorrow, which is held in Jeddah – Bisha for a distance of up to 622 kilometers of which 277 km special stage, with an open and fast track at the beginning, and then the contestants will have to be careful in the middle with the appearance of many rocks and stones.

Al-Attiyah will be the most prominent candidate to win the rally title in this version this season after he was close to winning the title last season but he finished second and therefore is looking for the title strongly in search of a fourth achievement in the history of this rally after having already won the title three times in 2011, 2015 and 2019.

Al-Attiyah faces great competition from Spain’s Carlos Sainz, the title holder, and French Stéphane Peterhansel, who has won 13 titles in cycling and motor vehicles, including seven times in the car category and six in motorcycles, as well as compatriot Sebastian Loeb returning to the Dakar Rally for the fifth time in his career.

Al-Attiyah prepared for the Dakar Rally in sufficient time where he participated in Hail rally in Saudi Arabia where he was crowned , while he finished second in Hail rally II to finish second in the World Cup of Bahada despite having only two rounds, as he has already achieved the title of Al-Andalus Desert Rally which saw the participation of 55 drivers.

Nasser al-Attiyah said he was happy with the good start in the Dakar Rally by winning the opening stage, saying, in a press statement after the victory, “We are ready to compete tomorrow. “We look forward to winning the first stage and getting an extra morale boost to continue the long rally.”

“Things were good for us today. We hope to continue on this throughout the rally where we are waiting for difficult stages and competition with the most prominent drivers in the world, but I have a great enthusiasm for a strong start and promise tomorrow,” he said, noting that the previous version was very difficult after he was close to winning the title, but he suffered holes in his tires 11 times, and he looked forward to the rally and winning it.

Qatar is also represented in this edition by Khalifa Saleh al-Attiyah, who is participating for the first time in the T4 (Side by Side) category with his highly experienced Italian navigator Paolosiska in the Dakar Rally, on board his car (Cannes-M) from the south team.

An integrated Qatari team consisting of Ahmed Fahad al-Kuwari will also participate for the second time in the Dakar Rally, along with navigator Nasser Saadoun al-Kuwari, who is the first full Qatari team to participate in Dakar, on board his Yamaha (YXZ) 1000 R, in the T4 class. 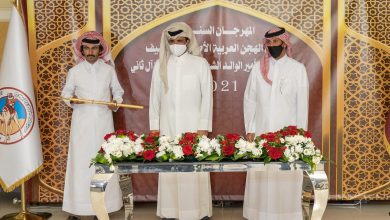 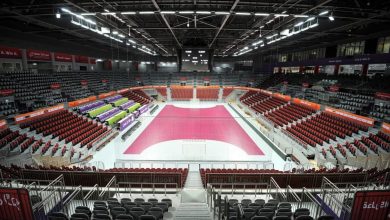