Doha: Citizens and company representatives said they have difficulty providing old currency notes from the fourth issue category for any transactions they are doing at the moment, because the ATMs do not accept the new banknotes. They said that they may have to look for old banknotes in groceries, shops and others to provide the amount possible to enable them to run their business until the completion of the programming processes carried out by banks, cheques owners, who deal with the leasing authorities and so on mentioned to Al-Sharq that their balances may become exposed during the month of January because they are unable to deposit the supplementary amounts they add to cover the cheque dues with the banks.

They said that through their inquiry about the matter, the authorities explained to them that there are procedures for banks to complete the programming process for ATMs so that the new banknotes from the category of the fifth issue are accepted, which may take at least a week, especially since the ATMs were not ready at the time of the announcement of the new cash categories to carry out any process for depositing new banknotes after they are issued.

According to Al-Sharq follow-up, it will take time for all banks to prepare the equipment to carry out this process, i.e. accept the deposit process for new currencies, because banks did not receive new banknotes before the national day so that they could carry out the necessary programming for all banknotes. According to al-Sharq information, there are about 400 ATMs per bank in different parts of Qatar. The authorities had sent messages via mobile devices to their customers about their self-service requests to use banknotes from the previous version when paying through self-service devices, instead of the newly issued papers because they cannot be used in their self-service devices.

Ooredoo has sent similar text messages to its customers asking them to use banknotes from previous issues when paying through its self-service devices, and banks did the same when they informed their customers via text messages that they could not deposit new categories of currency through cash deposit devices, indicating that updates are being made to accept the new currency.

The banks said that deposits in the old currency through the devices are possible, and can also visit branches to deposit the new currency, where customers will be notified as soon as the deposit is ready through its devices. According to the follow-up”, the banks are conducting the process of programming at ATMs in all seriousness to complete the process of receiving the deposit of new banknotes in all categories, including the new issue of the category of 200 riyals.

A number of citizens called on the financial sector in the country to speed up solving the problem of depositing the new currency in the atms of various banks, adding to that self-payment machines for various entities, which to this day are still going in the old currencies, which decreased their presence in the market significantly during the last stage, which prompted customers to look to find it in different places and replace it in order to clear their financial transactions, demanding the reprogramming of ATMs and modernization in line with the reception of the modern currency, whether This was by replacing the old Riyal and permanently canceling it at fairs and paying those wishing to collect the new currency by changing their money in banks instead of the ATMs that exist throughout the country, or working to create a double clearance of atm deposit transactions, which gives us the freedom to deal with all the banknotes in the local market.

Speaking to Al-Sharq, Mr. Rashid al-Marri was surprised by the delay of officials in the financial sector in the country in programming automated banks to accept the new currency and make deposits, which are now only done through old currency, which is an obstacle that would hinder financial operations in the country, pointing out that the tellers are not the only entity that is not able to deal with the new currency, adding to that self-payment devices for various companies, which have not yet been adapted to modern banknotes, although from nearly two weeks since its launch, he called on the authorities responsible for this sector to intervene and find a solution to this problem in the most effective time possible.

Al-Marri added that many are now looking for the old currency in groceries in order to clear financial transactions, especially those who are not familiar with the technology from them, and do not know the methods of transferring new funds through applications and sites put forward by banks in the past months, saying that the best solution to get out of this circle is to work on the programming of tellers and introducing them on the barcode of the new currency in order to facilitate deposits for clients, especially since the presence of new currency in the market is considerable, which means the possibility of worsening the crisis in the market in the next period.

For his part, Mr. Ibrahim Al Jaber believed that maintaining the possibility of depositing old banknotes in automated banks makes sense in the light of their stay in the market until now, but it is unacceptable to exclude the new currency from these transactions until now, as it is no longer possible to put money in their bank balances from the date of the new issuance, delaying the progress of many projects and financial transactions, setting the example of what happened to him personally two days ago, when he failed to deposit a certain amount of money In his balance through ATMs, which forced him to wait in banks and adopt the traditional method of passing through the service office, he lost a lot of time that he could use to do other things.

Al Jaber said that the authorities responsible for the financial sector in the country may be right to preserve the right to deposit old currencies, but they remain required to open the door to dealing with modern banknotes, which are now trading heavily in the market, saying that the best solution to get out of this crisis and achieve the interest of all is through the creation of a mechanism that enables us to dual deposit, and gives us the ability to clear our procedures with modern or old papers, which will not be difficult for those who are watching the financial field In the country, they have previously succeeded in establishing exchanges that deal not only with local currencies but also in foreign currency, including the euro and the dollar, at the level of the various national banks that have all the needs in order to repeat this process on the Qatari riyal in both old and new issues. 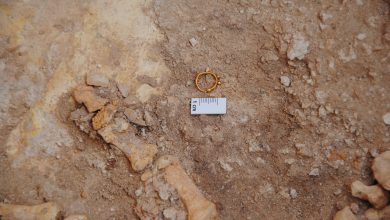 Female camel and her baby sacrifice along the remains of important figures .. Discoveries in Qatar date back to 300 BC 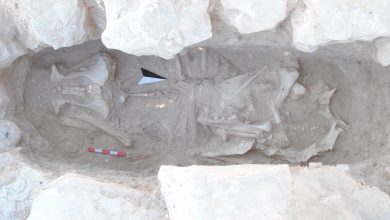 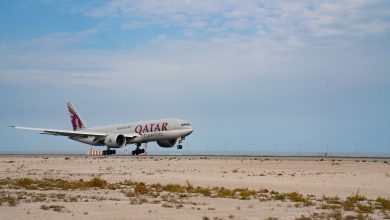