Doha: Dr. Yousef Al-Maslamani, Medical Director of Hamad General Hospital at HMC, revealed a new mechanism that is being worked on in the application of “EHTERAZ” for those who received vaccination against Covid-19, stressing that the arrival of the vaccine will be one of the most important reasons for the return of life to normal.

And regarding the possibility of traveling abroad after receiving the vaccination, Dr. Yousef Al- Maslamani explained – during an interview with the “Social Distance” program on Qatar TV on Monday evening – that it depends on the method of receiving the vaccine, as the vaccine is obtained in two doses. the first dose and then 3 weeks after it a second dose is received, and one week after the two doses, the person is immune to the virus and can travel safely.

On the change in the application of EHTERAZ, Al-Maslamani revealed that work is now under way on a method to inform people that this person is immune to the virus, through the application.

How the vaccine works

He explained that a person is at risk of contracting coronavirus if he does not receive the two doses on time, and after one week of the second dose he becomes immune to the virus, and pointed out that getting the first dose makes the person have very simple immunity, because this vaccination is stimulating the body to release antagonists and time must pass to form these antigens.

He added: After the first dose, the body starts sorting the antibodies, then after the second dose the body is more stimulated and produces more antibodies, and after a week the antibodies in the blood are sufficient to eliminate the virus if it enters the body.

“The numbers are encouraging, in the first week, and the numbers are gradually increasing,” Al-Maslamani said. He pointed out that the target groups of vaccination in the first stage are those over the age of 70 and those with chronic diseases as well as frontline health care providers. He added: Since the vaccination began last Wednesday, there has been an increase in people over the age of seventy and those with chronic diseases to get vaccinated, and almost all health care providers.

Regarding the fear of the vaccine, he explained that Qatar has scientific standards in evaluation, which are very strong by the way, and are used to know the quality of vaccination, and it does not depend on rumors of social media.

Regarding what is being raised about the side effects of the vaccine, Dr. Al-Maslamani said: Everyone who took the vaccine, whether those over the age of seventy, or those with chronic diseases, or those working in health services, did not suffer from any complications or side effects.

On the new strain of Coronavirus that appeared in Britain, he stressed that all the information available so far is that this strain is a routine change that occurs to viruses, and that it is scientifically proven so far that this strain will not change in affecting people’s lives.

He added: The mutation in viruses is a natural thing, the British have discovered that it made the virus transmissible between humans faster, and they say that part of it sticks to the cell in a stronger way than before, thus it spreads faster, and there is no information proving that this virus is more dangerous or causes more deaths or it causes anything else, and all the information available so far is that it is rapidly spreading, indicating that the vaccine manufacturer (Pfizer / BioNTech) confirms that this vaccination is suitable for this virus even after mutating.

Dr. Yousef Al-Maslamani thanked the members of the public in Qatar for their cooperation during the past months, adding: Thanks to their commitment to the precautionary measures and the instructions of the Ministry of Health, we were able to reduce the spread of the epidemic, pointing out that the arrival of the vaccine will be one of the most important reasons for returning to our normal life. 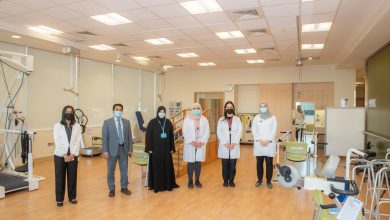 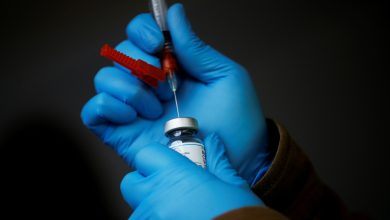 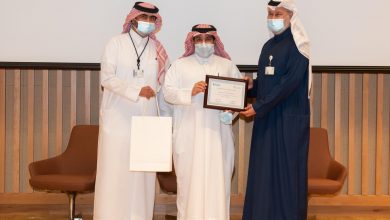