The first inaugural meeting was launched with the attendance of highly distinguished businessmen and hoteliers in the State of Qatar as founding members of the Qatar Hotels Association which will operate under the umbrella of the Qatari Businessmen Association, to create a common platform for exchanging views, uniting the efforts of the hotel sector leaders in Qatar and launching initiatives and events for the development of this sector.

The meeting began with a presentation on the vision and objectives of Qatar Hotels Association, its work plan, and its strategy during the coming period, where HE QBA Chairman Sheikh Faisal bin Qassim Al-Thani started the discussions by explaining that Qatar Hotels Association will work under the umbrella of the Qatari Businessmen Association, and it seeks to include all Qatari hotels, foreign hotels operating in Qatar and Qatari hotels operating abroad, to work on developing them, increasing their contribution to the development and support of the state’s hotel sector and raising it to international standards, in addition to holding events and seminars to promote the sector in Qatar and attract regional and global investors.

For his part, Hussein Al Fardan expressed his interest in the importance of establishing Qatar Hotels Association, as to this day, there are no associations that represent hotel owners in the State of Qatar, and act as a unified voice to reflect their aspirations and the challenges facing them or represent them locally and internationally in conferences and exhibitions.

Sheikh Khalid bin Thani Al-Thani also highlighted that the establishment of a hotel association under the umbrella of the Qatari Businessmen Association will provide the opportunity for QHA to participate in specialized domestic and international conferences in the hotel sector, to obtain insights on new trends and regulations concerning the sector.

Sheikh Mohammed bin Fahad Al-Thani said for his part, that the global health crisis and its economic repercussions on the hotel sector, created an urgent need to unify the efforts of hotel sector representatives to exchange views and ideas and make joint decisions.

During the meeting, Sheikh Fahad bin Hamad bin Jassim Al Thani stated that “The hotel industry is one of the most important pillars of the tourism industry, and establishing a hotel association would support the success of the hospitality sector and increase its contribution to the tourism development.”

Nasser Sulaiman Al Haidar, also pointed out that Qatar Hotels Association is the first leading private association in the hotel sector in Qatar, that seeks to represent all hotels in the country, including hotel operating companies and tourism facilities in addition to Qatari hotels abroad, stressing the importance of establishing the Association now, especially with the preparation of the upcoming 2022 World Cup events, and working together to represent the authentic Qatari hospitality.

The Founding members also discussed the proposed activities of Qatar Hotels Association, such as preparing periodic reports and newsletters to analyze the main economic indicators of the hotel sector and the business environment in the State of Qatar, securing legal advice, obtaining special offers and prices, preparing training courses, working to organize conferences for the hotel sector and social events to gather members and sector representatives, attending trade fairs at the regional and international levels, providing intellectual property protection services, and issuing economic reports on the sector.

The founding members also reviewed an economic report on the hotel sector and the challenges it faces due to the global health crisis of COVID-19, with an analysis of its economic performance and a presentation of indicators of the operational performance of the sector during the current year. The report also included the forms of support packages provided to the hotel sector in some countries. 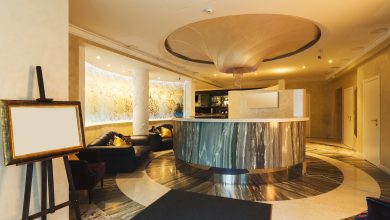 Qatar’s Minister of Finance in Cairo to open the St. Regis Hotel

Katara Hospitality Announce Plans to Establish About 60 Hotels by 2030 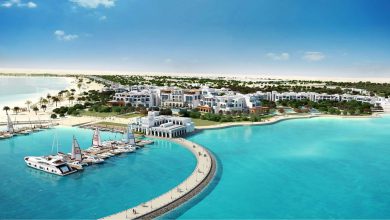