Doha: Major General Salem Fahad al-Hababi, commander of the Center for Military Performances and Music and general coordinator of the military parades of the National March, confirmed that the national march parade, which will take place on December 18th to mark the national day, will start at 9:00 a.m. and last for 48 minutes, pointing out that preparations for this show took a great time and effort from all the participating forces.

He said in a press statement on the sidelines of the national march rehearsal that took place on the Corniche, yesterday morning, that preparations for this important event began last October, through the pedestrian competition, which represents the main tributary of the military parade, especially that there is a series of new performances that are being performed for the first time this year, pointing out that the committee supervising the parade made great efforts in order to ensure that the national march is presented in its best shape and befitting this auspicious occasion dear to the hearts of all the people of Qatar. <<The number of blocks participating in the presentation is about 20 blocks of selected symbolic units from participating parties that have been trained over the course of a month and a half continuously.>> 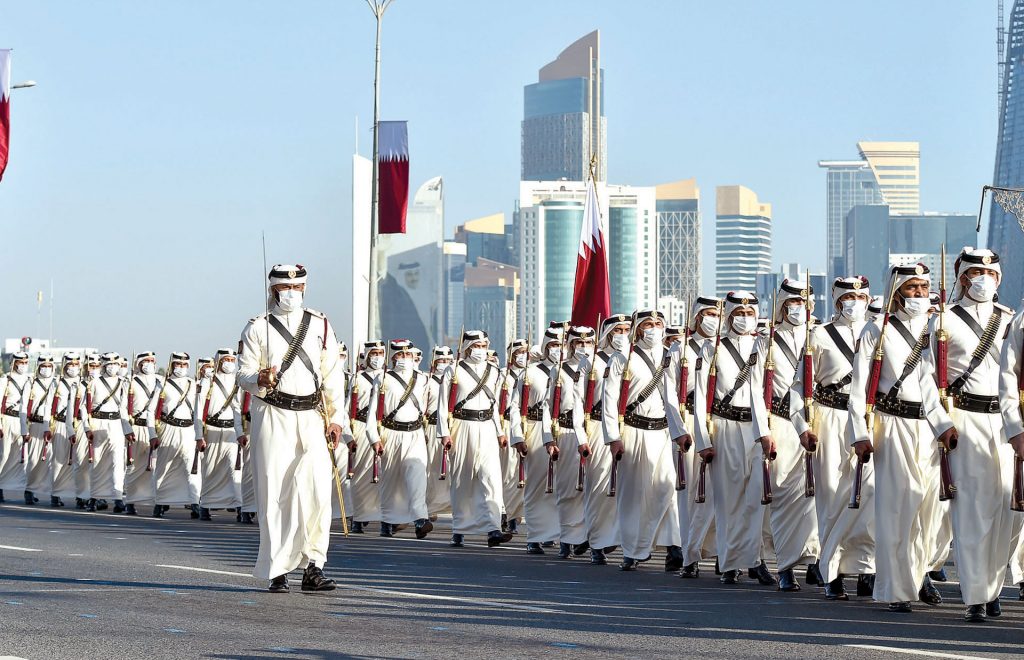 The commander of the Center for Military Performances and Music and the General Coordinator of the National March’s Military Parades said the march will include an impressive air show consisting of a large number of aircraft of the Qatar Emiri Air Force, whether they are fighter jets newly entered to serve in the Air Force or cargo planes and other missions.

He said the Air Force will present new shows that will come as a surprise to all citizens and residents of Qatar, where Qatari pilots will showcase their skills and competence in this field. He stated that the organizing Committee sought to reduce the number of members of the public who will be in the stands as a precautionary measure due to the spread of the Corona “Covid-19” pandemic in order to maintain the health of all. Meanwhile, he said that seat points in the seats had been identified taking into account the social spacing, with all other precautionary measures such as the wearing of masks and the use of sterilizers.

Major General Al Hababi pointed out that the audiences who will follow the performances through television screens will enjoy the performances in a great way, as there are a large number of cameras distributed at the site of the celebration that monitor and transmit all the details of the national march with extreme accuracy. He stressed that the organizing committee of the national march stressed the application of all the instructions of the Ministry of Health to the forces participating in the march, where all measures and health precautions were taken to preserve our sons participating in the march, whether members of the armed forces or other parties involved from the spread of the coronavirus. 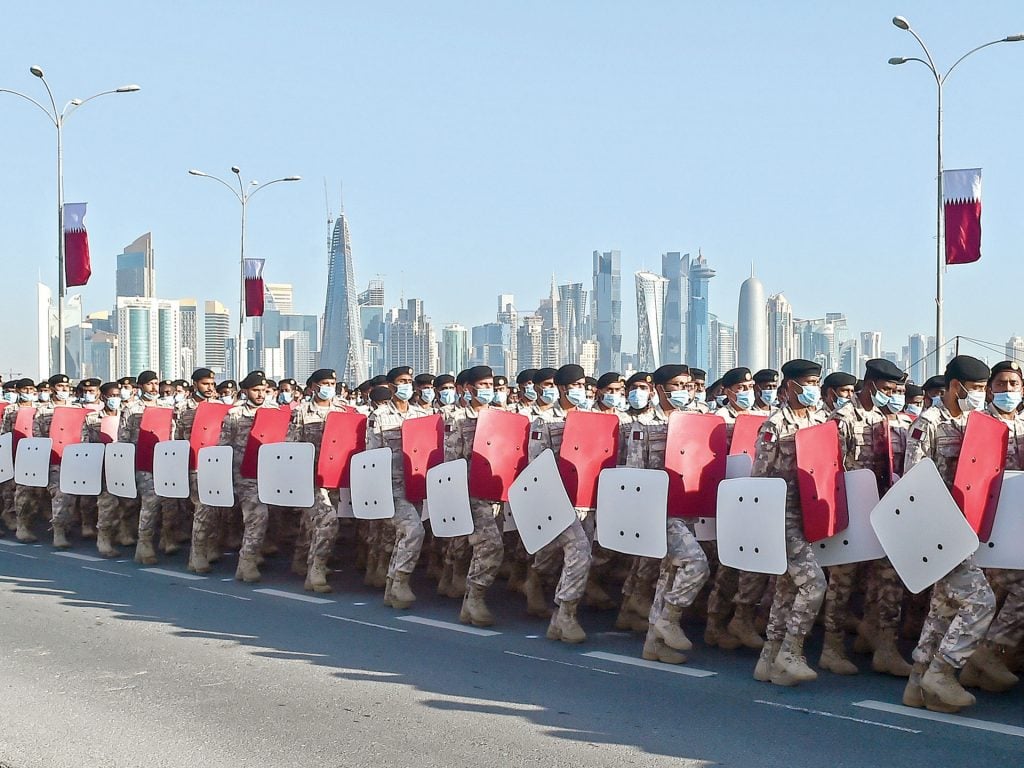 In this regard, he stated that all necessary medical examinations had been carried out for all the participating forces, and stressed the need to wear masks and gloves and use sterilizers for all, since the beginning of the training and during rehearsals as well as in the presentations to be presented on the national day.

With regard to the news concerning the presentation of military vehicles in the national march, Major General Salem Fahd al-Hababi confirmed that there will be distinguished military shows for many vehicles and armored forces, including modern vehicles that have recently entered service, as well as there will be participation of the old vintage vehicles that have worked in our armed forces since its inception. 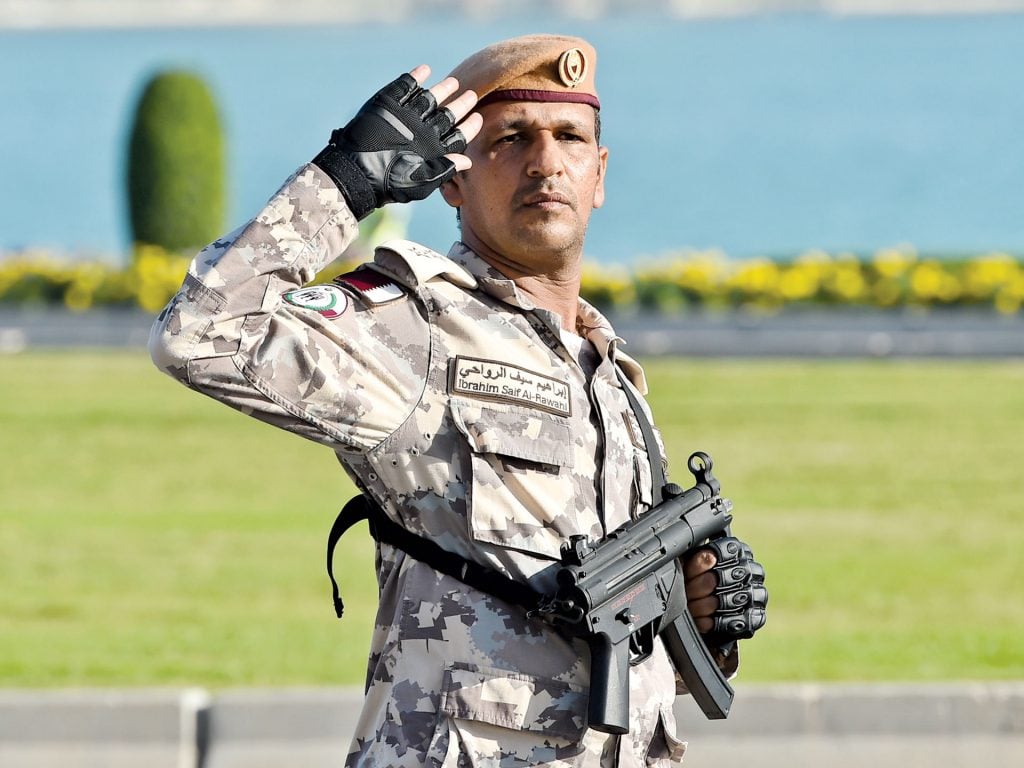 He noted the participation of a number of military colleges in the national march, including The Mohammed Bin Ghanem Al-Ghanem Naval College, The Leader Mohammed Bin Abdullah Al-Attiyah Air College and Ahmed Bin Mohammed Military College.

And about the maritime performances, Major General Fahd al-Hababi said that the navy will participate in special and interesting performances inside the distant waters and will be transported through the displays scattered along the Doha Corniche in addition to the television screens, pointing out in this context that these shows will be far inside the water and invisible to the eye due to the decision of the organizing committee to use the waters near the beach in the fireworks shows.

He noted the participation of paratroopers in the national day performances represented by troops of the armed forces as well as the internal security force of Lekhwiya, pointing out that they participated in many international competitions and received many international and regional awards, noting that The State of Qatar has paratroopers at the highest level, and their performances during the ceremony will surprise the public

Major General Al Hababi revealed that the national day march will witness the presentation of a distinguished song from the Qatari armed forces to the medical staff, in recognition of the armed forces’ diligence and recognition of their hard work during the difficult period that we have experienced during the past months as a result of the outbreak of the Corona pandemic. 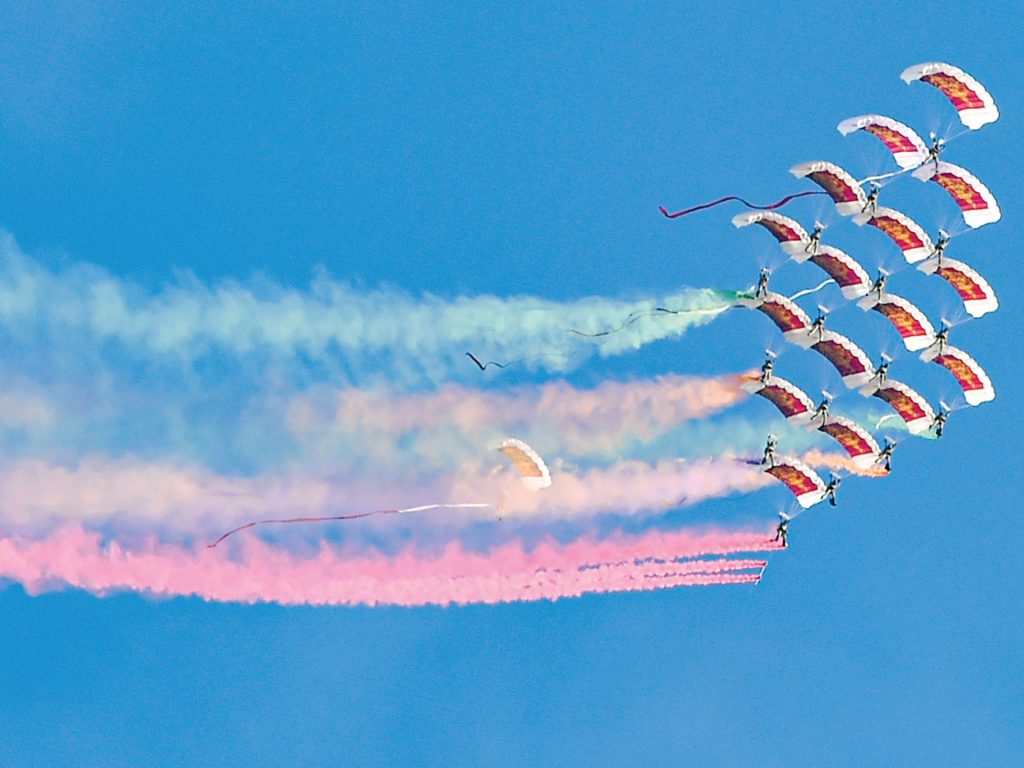 Major General Al Hababi explained that this anthem is one of the surprises of this year’s national march celebrations, adding « There is a group of representatives of the medical staff from Hamad General Hospital and the Red Crescent numbering 300 volunteers including doctors and nurses will participate in the march and have been keen to put them at the front of the parade line. He reported that 200 of the participating volunteers belonged to Hamad Medical Corporation, while the other 100 belonged to the Qatar Red Crescent.

The commander of the Center for Military Performances and Music and the General Coordinator of the Military Parades of the National March said: One of the other surprises of this year’s national march is “Surprises of The Flag”, which is an integrated group of infantry troops that will display a set of footage indicative of the national day, and the words of His Highness Sheikh Tamim bin Hamad Al Thani, the Amir of the country, and express the solidarity and loyalty shown by the Qatari people to the wise leadership.

The show will last about two and a half minutes and the footage will be filmed by drone cameras and then displayed on the screens at the celebration site as well as on television screens, where the audience will not be able to see it with the naked eye because it is supposed to be seen from above so viewers will enjoy it more.

On the new updates that will be witnessed this year in the celebration, other than the anthem dedicated to the medical staff and the display of the Flag group, Major General Al-Hababi said: There is a silent display with weapons for several minutes that will be presented by all the infantry blocks of the armed forces participating in the show and all the troops will present the show as if it were a single group on the Corniche.

Major General Al Hababi stressed that there is a constant concern for renewal in the national march show every year and what he called a strong jihad with the soul in order to create presentations and shows because the search for the best is not easy. 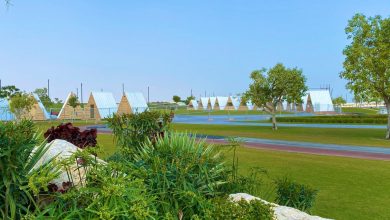 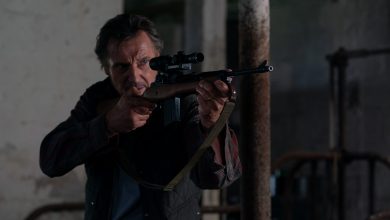 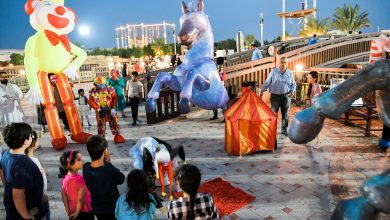