Doha: The CEO of Hassad Food Company Eng. Mohamed Badr Al Sada, confirmed that the National Day celebrated on Dec. 18 of each year is a commemoration of the founding of the State by the founder Sheikh Jassim bin Mohammed bin Thani, who set the rules for the modern State of Qatar, to become under his leadership a cohesive, unified and independent state.

In an interview with the Qatar News Agency (QNA) on this glorious occasion, Al Sada noted that the celebration of this day represents a valuable opportunity for all members of society to get to know the founders of the State of Qatar and celebrate their memory, as well as providing an opportunity for people to express feelings of love, pride, gratitude and pride in the Qatari national identity.

On the other hand, he pointed out that Hassad Company and its subsidiary companies, since the beginning of the Coronavirus (Covid-19) crisis, have coordinated continuously with the competent authorities in the country to take all necessary preventive measures and protocols in all facilities, farms and factories affiliated with Hassad Company, in order to ensure the preservation of the health and safety of all employees and the society as a whole, and to ensure the effective flow of the production process, to avoid any shortage of the basic products that we provide to the local market.

Al Sada pointed out in a related context about the most prominent achievements of the company, that in line with Qatar National Vision 2030 and the strategies set to achieve food security, Hassad has expanded its investment portfolio, which included doubling local production in its most important food sectors, and financing the development of central markets to form integrated marketing platforms, as well as establishing a number of local companies, in addition to acquiring parts in major international food companies, with the aim of supporting the needs of the local market and contributing to achieving food security for the State of Qatar.

In terms of the company’s international investments, he explained that Hassad Company has developed its investment strategy and acquired shares in major international food companies such as Sunrise Foods International, the largest company in the world of organic grains and oilseeds, which is owned by the Turkish Tiryaki Agro Foods Industry Company, as well as investing in the fish sector in Sultanate of Oman, in the Global Marine Production Company, which will target the local market and global markets.

He stressed that this investment is a strong addition to the company’s other investments in the Sultanate of Oman, such as Asaffa Foods Company, which is the largest poultry project in the Sultanate of Oman, as its products include fresh and frozen chicken, while the company is currently undertaking huge expansions to double its production by next year, to become one of the largest poultry producers in the region.

Hassad Company owns a percentage in the Arab Company for Livestock Development (ACLD), which aims to develop and promote livestock and related industries in Arab countries, as it has established about 38 projects and a number of successful subsidiaries since its establishment.

In addition to its main activity in the field of investment in the local and international food sector, the CEO of Hassad said that the company plays a major and effective role in crisis management, as it has provided huge numbers and quantities of basic products to the local market from the first day of the blockade through daily air shipments, in addition to sea shipments, as well as the opening of new land-sea lines from Turkey and Azerbaijan, which are used by the private sector until now.

He stated that on the first day of the unjust blockade, Hassad Company was assigned a very important role, which is to urgently provide all the basic foodstuffs for the Qatari market, as the work team in this regard immediately coordinated with more than 10 countries whose products are distinguished with high quality, and the first shipments of these products reached the shops and the central market on Jun. 6, 2017.

He added that the work team subsequently provided commodities on a daily basis through air, sea and land-sea cargo, until the volume of food provided by the company sometimes reached 1000 tons per day of vegetables and dairy products.

With regard to local investments, Al Sada said that Hassad company has financed the development of the central markets (Al Sailiya, Al Wakrah and Umm Salal) and the establishment of a market company to manage food establishments, in order to develop integrated marketing platforms, to meet the needs of all groups, the producer, the merchant and the consumer, and to contribute to achieving self-sufficiency.

Hassad also financed the development of central markets at a cost of QR 400 million, of which QR 100 million were invested in the new automated slaughterhouse in Al Wakrah Central Market, noting that the central markets are air-conditioned, which ensures the preservation of the quality of products during the daily auctions and showrooms, in addition to providing a suitable environment for consumers to shop, priority is being given to the local product with the aim of contributing to achieving self-sufficiency.

With regard to marketing agricultural products, he explained that Hassad Company launched in 2018 Mahaseel for Marketing and Agricultural Services as one of its subsidiaries, to support local farmers by marketing their production, with the aim of increasing the volume and quality of local production and raising the burden of marketing on farmers.

Mahaseel Company is currently marketing 30 varieties of local vegetables, through 44 outlets for major consumer complexes in the country, and it is reported that more than 200 local productive farms are currently registered with the company to benefit from the marketing and agricultural services that the company provides to farmers.

In the poultry sector, Hassad Company has also massively developed production operations through the Arab Qatari Company for Poultry Production- Al Waha, which Hassad owns 46 percent of it and supervises its operations. He pointed out that in the post-blockade period, Hassad had developed a plan to develop operations and increase production in Al Waha Company, divided into two phases. In this regard, it has completed the operation of the first phase of the expansion, which led to an increase in the local production of chilled poultry from 7 million to 10 million chickens annually, as well as the end of the expansion of the laying section, where production reached 110 million table eggs, compared to 55 million before expansion.

In the field of feed sector, Engineer Al Sada said that Hassad company has invested in the past years about QR 100 million in the local feed sector, through Aalaf Qatar (one of its subsidiaries), which it established in 2017 after the unjust blockade on the State Qatar, with the aim of supporting the local livestock sector.

Hassad also announced its intention to invest QR 200 million in the fodder production sector over the next three years, to produce 25,000 tons per year of green fodder, by developing additional 15 new axes on an area of 1,200 hectares, with the aim of supporting the local livestock sector to contribute to achieving sufficiency.

He noted that Aalaf Qatar is currently producing the basic products needed by the local market in the company’s farms in Arkiyah, Al-Sailiya and Al-Riffa on an area of 900 hectares, where in this regard it produced more than 8,500 tons in 2019, and seeks to produce 10 thousand tons during the current year, in addition the company supplied more than 100 thousand tons of primary feed materials (barley, soy and corn gluten), which currently covers about 30 percent of the market need. In addition to providing 8,000 tons of feed supplements and imported green fodder during the past year, he said that the company will supply 200,000 tons of primary feed materials during the current year with the aim of covering more than 50 percent of the local market’s needs.

With regard to the dates sector, Al Sada noted that Hassad owns the largest dates factory in the country, as it produces approximately 3,500 tons annually. On the other hand, he emphasized the company’s keenness to support research and development efforts, as it carried out in late 2019 cooperation with some institutions to launch an experimental greenhouse to provide water and increase local agricultural production, in one of the greenhouses belonging to Hassad Company in Al Shahaniya.

It is noteworthy that when implementing the innovative water saving system, and using fertilizer recipes specially prepared for agriculture in the State of Qatar, in the experimental greenhouse, the company will be able to increase production by about 20 times the average in the country in addition to reducing water consumption by 90 percent, which will contribute to the development of the local agricultural sector. 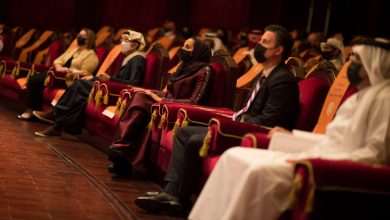