Hassan Al Haydous (third minute), Abdelkarim Hassan (14th minute), Baghdad Bounedjah (71st minute) and Akram Afif (77th minute) scored for Al Sadd, who moved on to 22 points with their seventh victory and an unbeaten record, the only team to do so thus far in the tournament.

Al Wakrah’s goal came in the 69th minute in the form of an own goal by Akram.

The Wolves were in attacking mode from the start and they cruised to an early lead, with Al Haydous finding the target with a placing shot off an assist from Abdelkarim.

The left-back then turned the taker of a goal with a long shot, with Santi Cazorla setting him up.

Al Sadd dominated the rivals and could have scored more had it not been for bad luck.

Akram almost scored at the stroke of half-time whistle as his chip shot hit the crossbar. This was after Al Haydous chipped the ball over the bar.

Akram had a goal ruled out for offside in the 41st minute.

Al Wakrah’s real chance came in the 45th minute, but Lucas Mendes’ long-range shot crashed against the right upright and Mohamed Benyettou was off-target with the rebound.

The Blue Wave had two other opportunities. Murad Naji’s free-kick was stabbed out by Al Sadd goalkeeper Meshaal Essa barshim and Cristian Ceballos sent his shot wide of the target.

Al Wakrah lifted their game in the second half and soon Boualem Khoukhi effected a goalline save off a shot from Ceballos. However, they could reduce the margin when Akram headed Ceballo’s free-kick into his own goal even as Ousmane Coulibaly too jumped high for the ball.

But Al Sadd were unrelenting and added two quick goals. Bounedjah found the mark with almost a solo effort and then Akram deflected in Abdelkarim’s cross to make it tough for Al Wakrah. 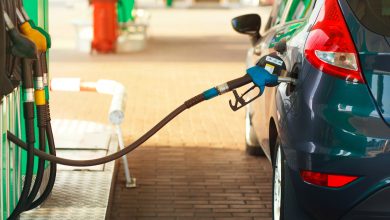 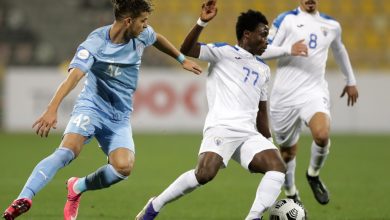 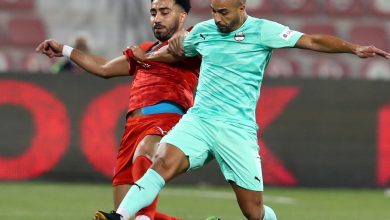 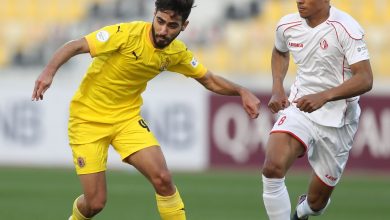