Doha: HE Minister of Commerce and Industry Ali bin Ahmed Al Kuwari said Thursday that the trade volume between the State of Qatar and EU members reached $7 billion in the first nine months 0f 2020, representing more than 12 percent of the State of Qatar’s total trade with the world.

His Excellency was speaking during a teleconference meeting held with ambassadors and representatives of EU countries, in the presence of HE Director of European Affairs Department at the Ministry of Foreign Affairs Ambassador Salem Abdullah Al Jaber and representatives from the World Trade Organization (WTO).

Al Kuwari highlighted the strength of ties between the State of Qatar and the EU, noting the growth in trade ties despite the economic implications of the Coronavirus (COVID-19). His Excellency said that the EU managed to maintain its status as a strategic trade partner to the State of Qatar, given it is the second biggest trade partner for the country.

He said that the volume of trade exchange with the European Union countries during the first nine months of this year amounted to about $7 billion, which represents 12.3 percent of the total trade volume of the State of Qatar with the countries of the world. The European Union countries are also the second source of Qatari imports, which amounted to about 23.2 percent of total imports during the same period.

He pointed out that the State of Qatar signed a number of important commercial and economic agreements with EU members. The two sides signed 14 commercial, economic and technical cooperation agreements, and 12 agreements to encourage and protect mutual investments with the countries of the European Union, and the Ministry of Commerce and Industry also chairs 8 joint committees with a number of European countries.

He noted that the State of Qatar has 50,000 residents from the EU, with 95 percent working high-skills jobs. There also three commercial attaches in Geneva, London, and Paris, with more expected to follow in other EU countries.

HE the Minister of Commerce and Industry also said that the State of Qatar invested $71.2 billion in Europe, with $31 billion of these invested in EU members. He also noted that the number of European companies operating in the State of Qatar reached 2129, with 307 of them 100 percent owned by the European side.

HE the minister said that the state reacted quickly to the impact the Coronavirus pandemic had on supply chains worldwide by supporting the private sector, ensuring the functioning of the financial system, and ensuring the budget does not become stretched. His Excellency praised the measures taken to support the economy, including the QR75 billion economic package that provided support to the private sector.

HE the minister also reiterated the State of Qatar’s commitment to enhancing international cooperation to ensure trade remains an engine for economic recovery. The country also increased its efforts in improving its logistics capabilities by relying on its modern infrastructure to enhance its commercial and investment role regionally and internationally.

HE the minister also stressed that the State of Qatar shares the EU’s view in the importance of maintaining a multilateral trading system.

The meeting also reviewed bilateral relations between the State of Qatar and the EU, and means of expanding cooperation in the fields of joint interest. 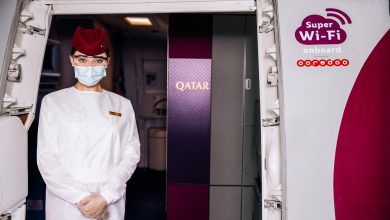 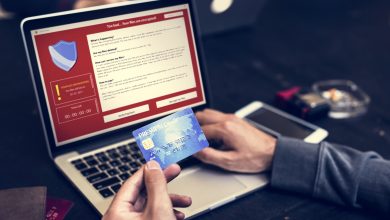