Doha: A report by the Gulf International Forum highlighted that France, under President Emmanuel Macron, has made its foreign policy more active throughout the Middle East and North Africa, noting that Qatar has strengthened its relations with France in a number of areas, including defense cooperation, industry, education and culture, as well as the development of Qatari investments in France.

The report of the Gulf International Forum, translated by “Al Sharq”, said that Qatar succeeded in developing deep relations with France, and indicated that defense cooperation was an important sector in their bilateral relations. Since Macron assumed office, Qatar has purchased 36 Dassault Rafale fighter jets from France. It is the most advanced military aircraft in Paris. Also, under Macron, the two countries signed an accord in February 2019 to strengthen cooperation on security and economic issues. Clearly, the Qatari leadership pushed for strengthening its relations with France in various fields, and the positive relations between Doha and Paris contributed to the awarding of the French energy giant, Total SE, a contract worth 470 million US dollars in January 2020 to build the first solar power plant in the country.

In the same year, Paris and Doha launched the Qatar-French Year of Culture 2020 to enhance cooperation between museums and cultural societies in the two countries, as Doha continues to enhance its image in France, a process that can be said to have started since 2012 when the Qatar Investment Fund acquired the French football club Paris Saint. Germain.

The latest figures indicate that the amount of Qatari investments in France reached about 25 billion euros, including the contracts signed by the two countries for the operation and maintenance of the “Doha Metro” project and the “Lusail Tram” project for the next 20 years. The contract was signed with the “RTP” and ” SNCF, the two leading French transport companies. This is in addition to the major and strategic energy projects between Qatar Petroleum and France’s Total, most of which span 25 years.

The volume of trade exchange between Doha and Paris reached 14 billion riyals, equivalent to 3.5 billion euros, and this reflects the strength of economic activity between the two countries and the development of economic relations. France is Qatar’s seventh economic partner. The volume of Qatari investments in France amounted to about 25 billion euros, and there is Qatari interest in more investments and taking advantage of investment opportunities in the French market. France is considered one of the preferred destinations for Qatari investors abroad.

Doha is one of France’s most prominent trading partners in the Arab Gulf region, and it is also a destination for French companies in the region, as there are more than 200 French companies investing in various sectors in the Qatari market, and French companies continue their work in projects related to the infrastructure of the World Cup facilities and stadiums. In football in Qatar in 2022 … and notable contracts were signed between the two countries, worth more than 16 billion euros in the fields of defense, transport, aircraft and pollution control during the visit of the French President to Doha in December 2017.

The importance of these relations

The report indicated that France is seeking to play a leading role in the foreign policy of the European Union after Britain’s exit from the European Union. In general, France’s role in Gulf affairs and Iraq is growing. The region provides France with increasing economic opportunities as the GCC countries continue to implement their economic diversification strategies. At the same time, Macron’s willingness to increase defense cooperation with members of the Gulf Cooperation Council and Iraq in the region greatly explains the countries’ desire to strengthen their relations with Paris. 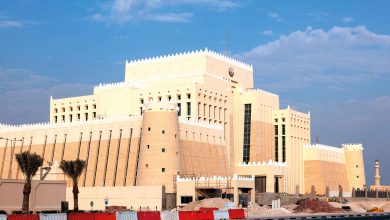