Positive results from AstraZeneca’s COVID-19 vaccine trial boosted hopes of a faster end to the pandemic as several countries announced plans to start inoculating their citizens, even as Europe prepared for Christmas with restrictions on family gatherings and instructions not to hug.

* The United States and Germany said they could start inoculating their citizens by next month, while Britain is on track to make COVID-19 vaccines widely available by next spring after the shot developed by Oxford University and AstraZeneca was up to 90% effective in trials.

* British Prime Minister Boris Johnson set out new measures to replace a lockdown in England from Dec. 2, as Germany headed towards an extension of its “lockdown lite” for another three weeks.

* Millions of Americans are defying health warnings and traveling ahead of the Thanksgiving holiday on Thursday.

* The top US infectious disease medical association said that Gilead Sciences Inc’s antiviral drug remdesivir should be used for hospitalized COVID-19 patients despite a WHO recommendation last week against its use.

* Indonesia reached a grim milestone of more than half a million cases, with hospitals in the country’s most populated province edging closer to capacity.

* Hong Kong warned the epidemic is rapidly worsening with silent transmission chains feared amid a rise in asymptomatic infections.

* Saudi Arabia’s health ministry said that COVID-19 vaccines will be free for all people living in the kingdom, state TV reported.

* Nigeria will bar passengers who fail to follow the country’s COVID-19 protocol from flying for six months, an official said.

* There is a risk that the poor and vulnerable will be trampled on in the stampede for coronavirus vaccines, the head of the World Health Organization said, adding $ 4.3 billion was needed urgently for a world vaccine-sharing scheme.

* Brazil’s biomedical center Fiocruz hopes to start producing the AstraZeneca vaccine against COVID-19 in December or January, while São Paulo’s health secretary expects regulatory approval for the use of a vaccine developed by China’s Sinovac by January.

* The European Union, Canada and 11 other countries agreed to measures such as eliminating export curbs they believe should form the basis of a global deal to help tackle COVID-19 and future pandemics.

* Stocks brushed against last week’s record high on Monday before trading little changed and an index of commodity prices touched its highest since March as more vaccine-positive news gave investors hope economic activity could resume globally at a faster clip than has been thought.

* A COVID-19 vaccine may not be widely available until next summer and households could struggle over the next several months without more government aid, Richmond Federal Reserve Bank President Thomas Barkin said. 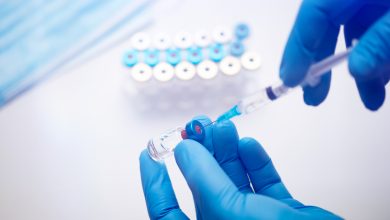