CAIRO: Egyptian antiquities officials on Saturday announced the discovery of at least 100 ancient coffins, some with mummies inside, and around 40 gilded statues in a vast Pharaonic necropolis south of Cairo.

Colorful, sealed sarcophagi and statues that were buried more than 2,500 years ago were displayed in a makeshift exhibit at the feet of the famed Step Pyramid of Djoser at Saqqara. 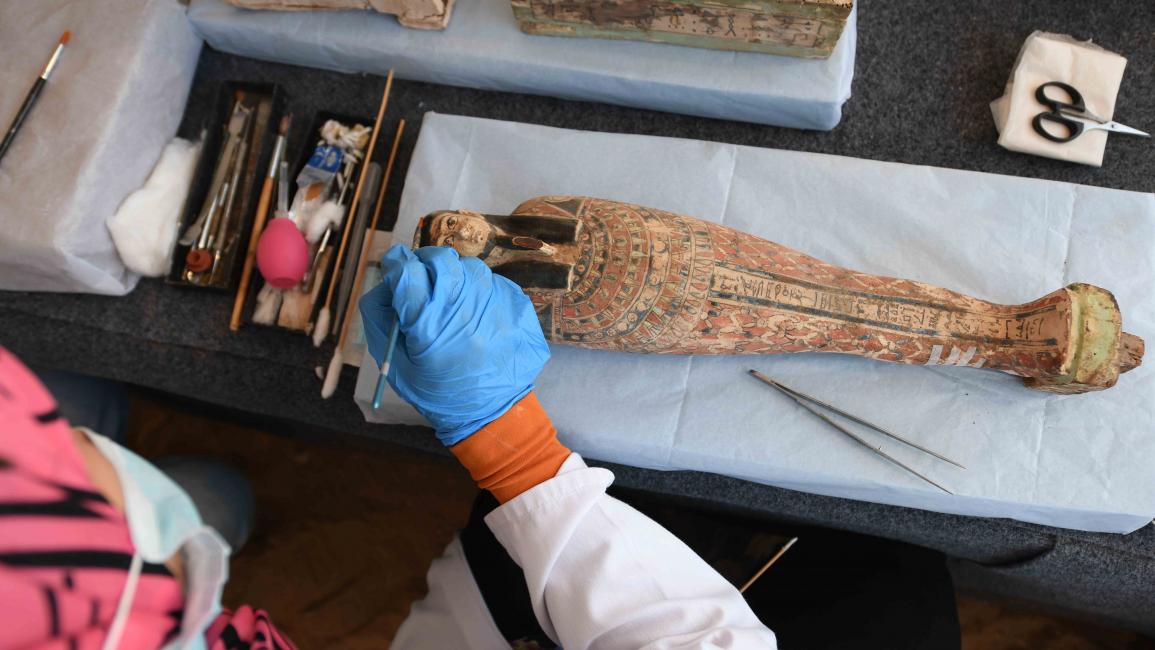 Archaeologists opened a coffin with a well-preserved mummy wrapped in cloth inside. They also carried out X‐raying visualizing the structures of the ancient mummy, showing how the body had been preserved.

Tourism and Antiquities Minister Khaled el-Anany told a news conference that the discovered items date back to the Ptolemaic dynasty that ruled Egypt for some 300 years – from around 320 B.C. to about 30 B.C., and the Late Period (664-332 B.C.). 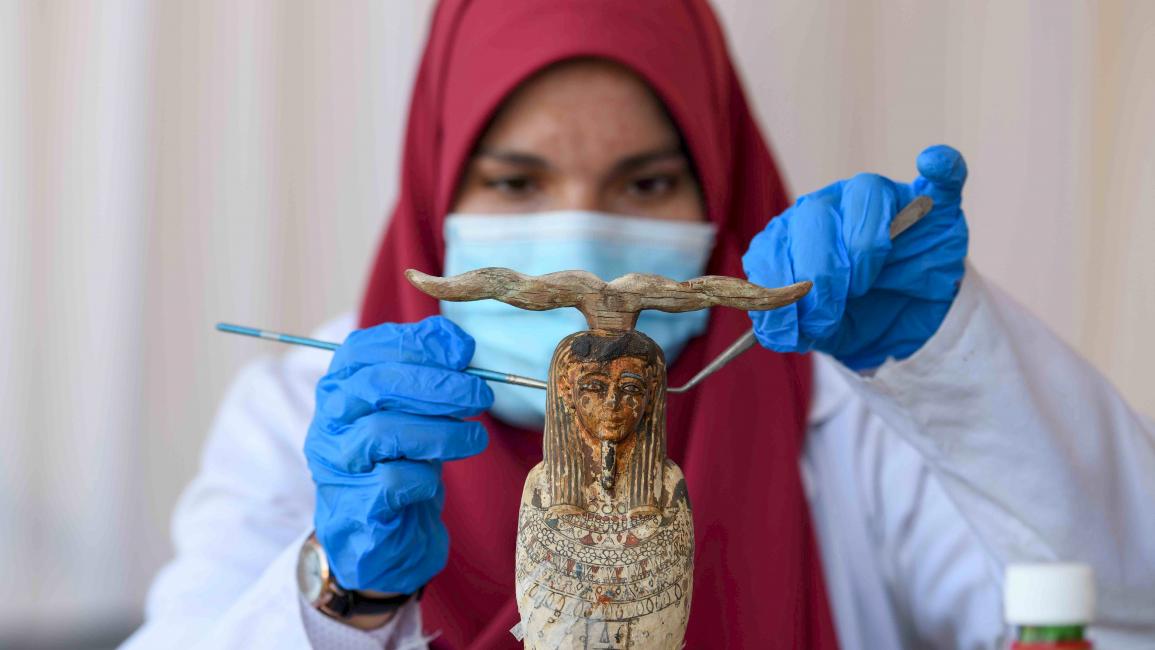 He said they would move the artifacts to at least three Cairo museums including the Grand Egyptian Museum that Egypt is building near the famed Giza Pyramids. He said they would announce another discovery at the Saqqara necropolis later this year.

The discovery at the famed necropolis is the latest in a series of archaeological finds in Egypt. Since September, antiquities authorities revealed at least 140 sealed sarcophagi, with mummies inside most of them, in the same area of Saqqara. 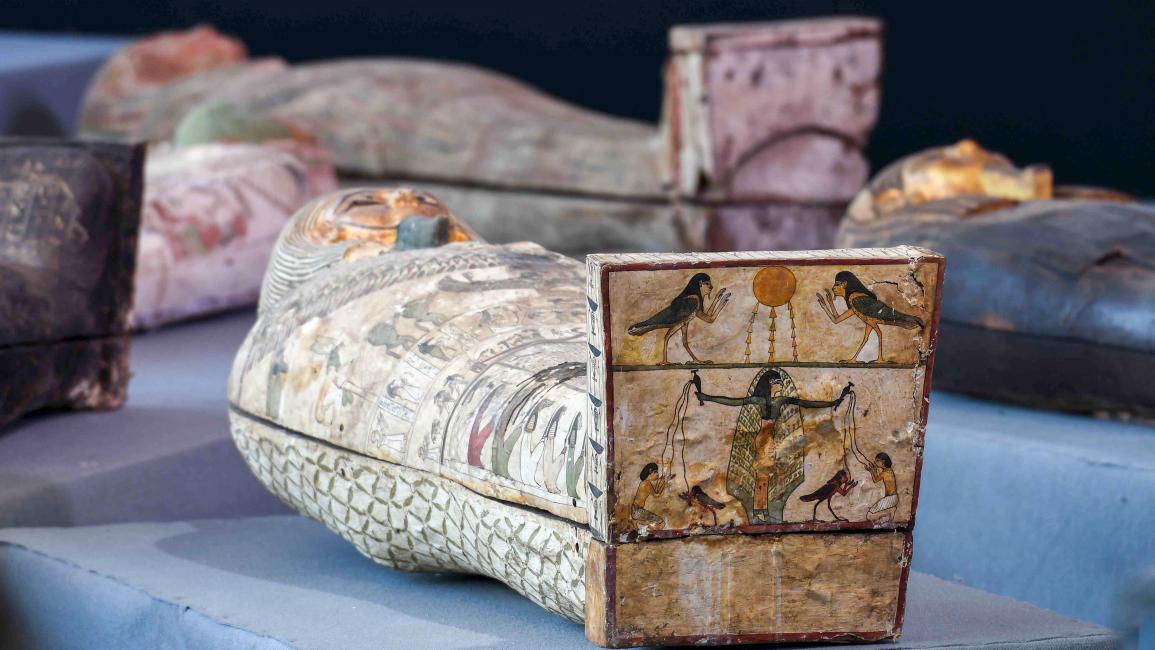 The Saqqara site is part of the necropolis at Egypt’s ancient capital of Memphis that includes the famed Giza Pyramids, as well as smaller pyramids at Abu Sir, Dahshur, and Abu Ruwaysh. The ruins of Memphis have designated a UNESCO World Heritage site in the 1970s.

Egypt frequently touts its archaeological discoveries in hopes of spurring a vital tourism industry that has been reeling from the political turmoil following the 2011 popular uprising that toppled longtime autocrat Hosni Mubarak. The sector was also dealt a further blow this year by the coronavirus pandemic.