TURIN, Italy: Barcelona played some of its best soccer in a while to win 2-0 at Juventus on Wednesday in a Champions League match that offered plenty of entertainment even though the absence of Cristiano Ronaldo prevented a highly anticipated matchup between him and Lionel Messi.

Ronaldo was out for the game, more than two weeks after the Juventus forward initially tested positive for the coronavirus. Álvaro Morata, who scored twice against Dynamo last week, again replaced Ronaldo but frustratingly had three goals ruled out for offside.

Messi converted a late penalty for Barcelona after Ousmane Dembélé had given the visitors the lead in the 14th minute.

Barcelona took the sole lead of Group G, three points above Juventus. Dynamo Kyiv and Ferencváros have one point each after drawing 2-2 on Wednesday.

Barcelona has been in turmoil this week after losing the “clásico” 3-1 at home to Real Madrid last weekend, while club president Josep Maria Bartomeu and his entire board resigned on Tuesday.

But the scoreline could have been worse for Juventus if the visitors had been more clinical with their chances.

Barcelona almost took the lead with less than two minutes on the clock as former Juventus midfielder Miralem Pjanić forced a save from Wojciech Szczęsny before Antoine Griezmann’s follow-up bounced off the left post.

It didn’t take the visitors much longer to break the deadlock. Messi played a great ball over the top to Dembélé on the right flank and he cut inside before unleashing a shot which was deflected into the far top corner.

Juventus thought it had leveled instantly but Morata’s effort was ruled out for offside.

Barcelona almost doubled its lead in the 23rd minute when Griezmann played a delightful backheeled flick to release Messi but the Argentina international fired wide of the right post.

Morata had another effort ruled offside and Szczęsny again came to his side’s rescue late in the first half with two saves in quick succession to deny first Messi and then Griezmann.

Morata finally appeared to get his goal 10 minutes into the second half when Juan Cuadrado acrobatically volleyed Federico Chiesa’s cross back into the box and the former Real Madrid forward turned it into the back of the net.

But after a lengthy check by the video assistant referee, and with both teams back in the center of the pitch waiting to kick off, that too was ruled out for offside.

Juventus defender Merih Demiral was sent off with five minutes remaining following a second yellow card and Barcelona sealed the result shortly after when Federico Bernardeschi crashed into the back of Ansu Fati and Messi fired the penalty into the top left corner.

De Jong gets only goal as Sevilla beats Rennes

SEVILLE, Spain  – Luuk de Jong scored the only goal as Sevilla beat Rennes 1-0 for its first win in Group E of the Champions League on Wednesday.

De Jong struck in the 55th minute with a shot from near the penalty spot after a long cross by Marcos Acuña from the left flank.

In the other group match, Chelsea won 4-0 at Krasnodar. Sevilla and Chelsea had drawn 0-0 in their opener. They lead the group with four points each, with Rennes and Krasnodar tied with one point each.

It was Sevilla’s first win after four matches in all competitions. Rennes’s winless run was extended to four games.

Sevilla, the defending Europa League champion, dominated from the start and created numerous scoring opportunities throughout the match at an empty Ramón Sánchez-Pizjuán Stadium in Seville. Rennes goalkeeper Alfred Gomis made a few great saves to keep the

score even in the first half, but De Jong finally broke the deadlock with an impressive run to meet Acuña’s precise cross.

Sevilla had more than 20 attempts on goal against only a couple by Rennes. The Spanish club hit the crossbar with shots from Munir El Haddadi in the first half and Joan Jordán in the second.

Rennes lost defender Daniele Rugani because of an injury less than 20 minutes into the match.

Sevilla had lost two straight games in the Spanish league, with its last win coming against Levante on Oct. 1. Rennes hadn’t won in its last three matches, which included a 1-1 home draw against Krasnodar in their Champions League opener.

In the next matches, Sevilla hosts Krasnodar on Nov. 4 while Rennes visits Chelsea.

The Germans, who lost their opener to Lazio, controlled the game from the start but carved out few chances before Vyacheslav Karavaev inexplicably wrestled Thorgan Hazard to the ground for Sancho to score from the spot.

Haaland added a second in stoppage time with a powerful run.

Borussia are on three points with Zenit bottom of the group after two defeats in two games. Club Brugge and Lazio are top on four points.

The hosts, buoyed by their derby win over Schalke 04 on the weekend, had possession from the start but could not break past a deep-lying Zenit.

Norwegian striker Haaland had their best chance of the first half when his powerful shot flew just wide after captain Marco Reus missed two good chances of his own.

After pressure straight after the restart, Dortmund quickly ran out of ideas on how to crack open the Russian defence.

With Zenit gradually growing bolder, it looked like the Germans would have to settle for a draw until Hazard was brought down and Sancho sent the keeper the wrong way and Haaland sealed the win.

Dortmund next travel to Club Brugge on Nov. 4 while Zenit host Lazio.

BRUGGE, Belgium  – Veteran goalkeeper Pepe Reina produced a couple of decisive saves to help Lazio to a 1-1 draw at Brugge in their Champions League match on Wednesday.

The 38-year-old Reina was given a starting role in the absence of Thomas Strakosha. With Brugge pushing hard to break the stalemate in the second half, Reina’s pedigree and experience helped keep the visitors afloat.

The game was played without fans following a government decision to reintroduce a spectators’ ban at sporting events in a bid to slow down a new surge of COVID-19 infections in the country. The virus also played havoc with Lazio’s preparations as the Serie A side

There was a cautious start and neither side created clear-cut chances in the first 10 minutes. Seeking a first home win in the group stage in almost 15 years, Brugge gradually took control, only to be caught cold by Joaquin Correa’s opener in the 14th minute. The forward was left unmarked outside the box and made the most of the slack defending to fire a precise shot past Brugge goalkeeper Simon Mignolet.

The goal did not demoralize the hosts, who had a good chance to level 10 minutes later after Krepin Diatta accelerated down the right flank and found Charles De Ketelaere in the box, but the midfielder lost his balance and shot wide.

Lazio closed the spaces well but gave up a penalty just before the interval after Spanish right-back Patric tackled Mats Rits round the waist. Referee Anthony Taylor consulted VAR, awarded the penalty and Hans Vanaken sent Reina the wrong way to level the score in the 42nd.

Brugge enjoyed a good spell after the break. Emmanuel Dennis was set up with a through-ball and came close as he directed a shot between Reina’s legs, but the Lazio ‘keeper squeezed his knees and diverted the chance away. The former Liverpool goalkeeper was decisive again in the 64th when he parried a fine header from Rits with a diving save. Brugge created two more chances in the following minutes but could not find a way through.

Mignolet was as important for Brugge, winning a one-on-one with Sergej Milinković-Savic at the conclusion of a counter-attack in the 77th to keep the teams level.

MANCHESTER, England  – Marcus Rashford came off the bench to score an 18-minute hat trick as Manchester United thrashed Leipzig 5-0 in the Champions League to earn a second straight win to open the group stage on Wednesday.

After making a name for himself off the field through his campaign against child poverty during the pandemic, Rashford excelled in his day job with a trio of well-taken finishes after entering as a 63rd-minute substitute.

England forward ran onto a first-time pass from Bruno Fernandes and slotted home to make it 2-0 in the 74th, building on the first-half opener by Mason Greenwood that made the 19-year-old forward United’s second-youngest scorer in the Champions League after Wayne Rooney.

Rashford’s quick feet saw him charge through Leipzig’s open defense and drive in his second goal in the 78th and, after Anthony Martial made it 4-0 from the penalty spot, the France striker teed up Rashford to completed his hat trick in the second minute of injury time.

It was the heaviest loss in Leipzig’s 11-year history.

United opened Group H with a 2-1 win at Paris Saint-Germain and can look forward to a double-header with Istanbul Basaksehir either side of the upcoming international break, knowing two wins could allow the team to seal qualification for the knockout stage.

A change of shape by manager Ole Gunnar Solskjaer saw United switch to a diamond formation and it worked wonders at Old Trafford, with the recalled Paul Pogba surging through midfield and setting up Greenwood for a well-taken opening goal in the 21st minute. 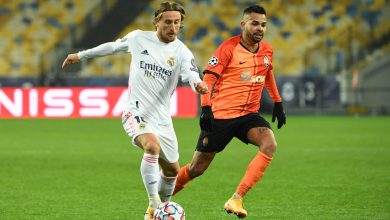 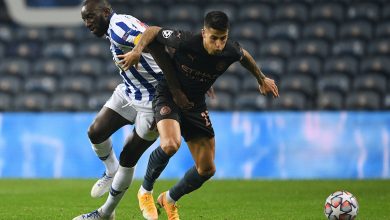 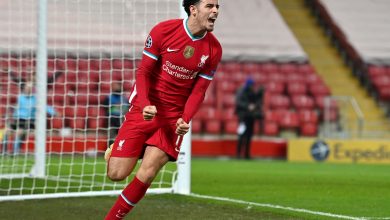 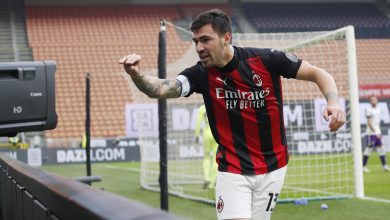