Doha: The customs of some peoples carry many anecdotes and wonders that astonish other peoples of the world … especially that some of them extend for hundreds of years and are based on myths and illogical ideas.

Some of these customs have become over time suitable for holding festivals and entertainment events held annually that attract tourists and represent an additional source of income for these peoples.

Let’s take a quick look at some of the strangest customs of people in the world, and remember that what may seem very strange to you is normal for some people. 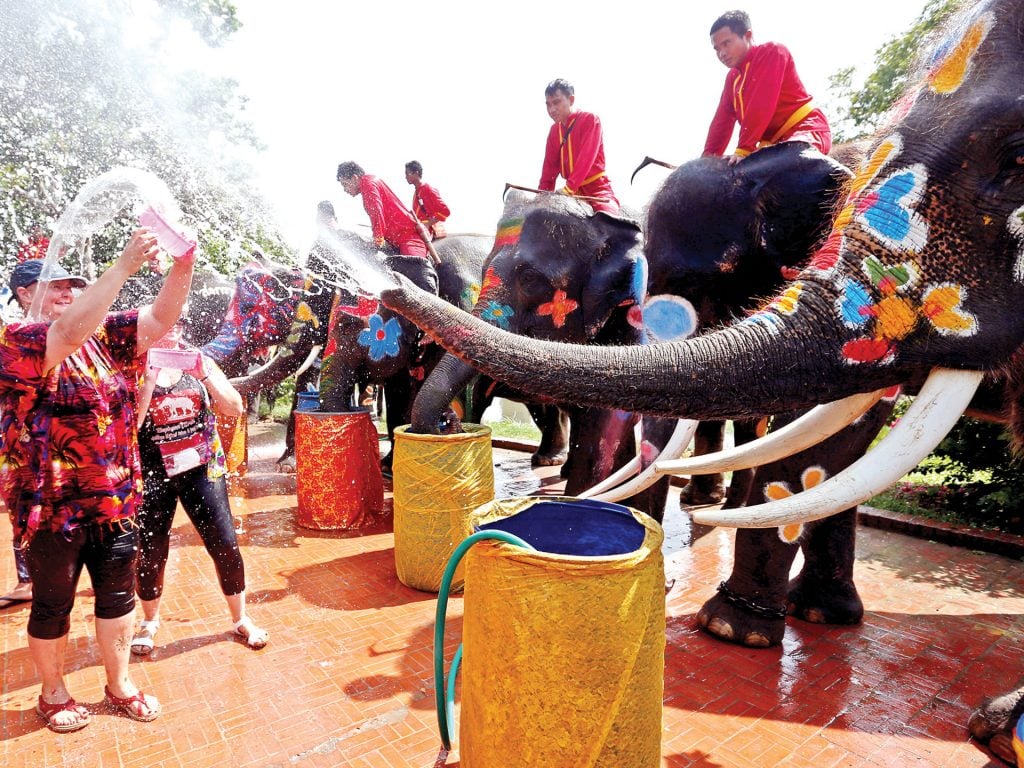 If you are in Thailand during the 13th, 14th or 15th of April of each year, be aware of the water war that you may encounter while passing the roads. But you must know that spraying water in Thailand does not mean hostility, but rather a sign of affection, love and a desire by the locals to involve you in the Water Festival or water celebrations in Thailand, which are called The Songkran festival, meaning in Thai Songkran.

And it was named by this name as a metaphor for the time in which this famous celebration is held, as the month of April of each year has been determined to be the beginning of the Thai New Year, specifically on the 13th, 14th and 15th of April of each year, and at this time of the year the temperatures in Thailand are higher than their rates. It reaches 38 or 40 degrees Celsius in some southern areas of the country and in Bangkok it may reach 37 degrees Celsius, and therefore it is said in Thai (up nam), meaning in Arabic, bathing, due to the high temperature associated with humidity as well. 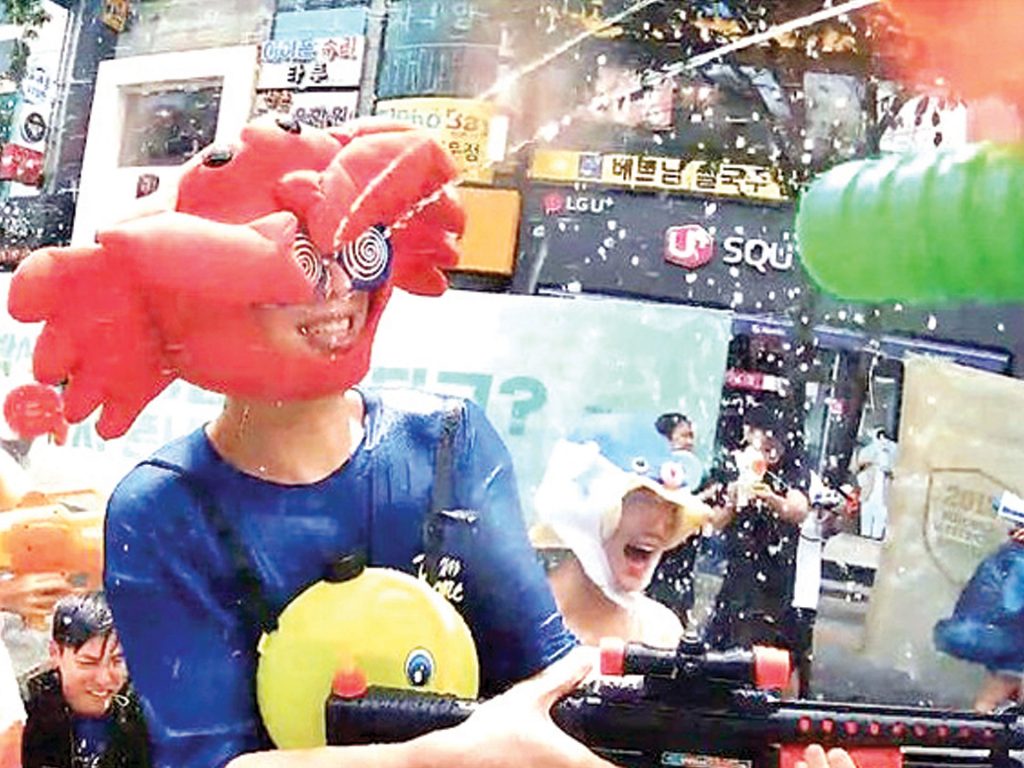 This fun festival expresses itself clearly, as it is a water pistol on hot summer days amid the streets full of music and celebrations in addition to a lot of wet clothes! 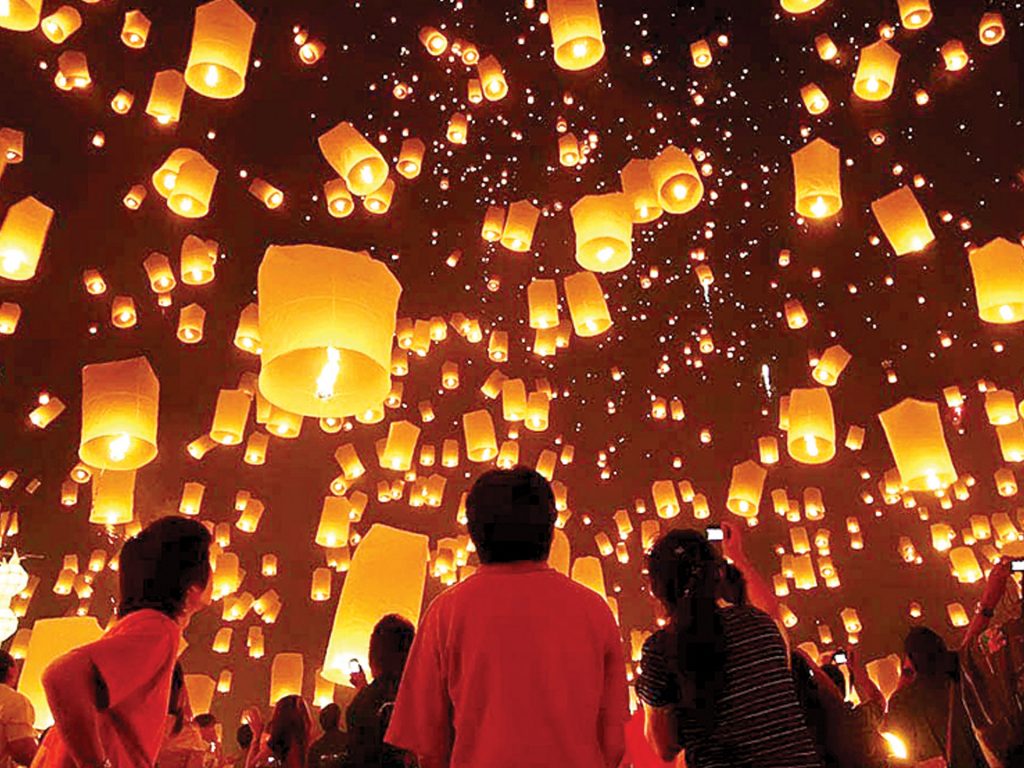 The most beautiful festival is the Lantern Festival on the island of Hawaii. If you have the opportunity to witness this festival yourself, we guarantee you beautiful sights that will not be erased from your memory. 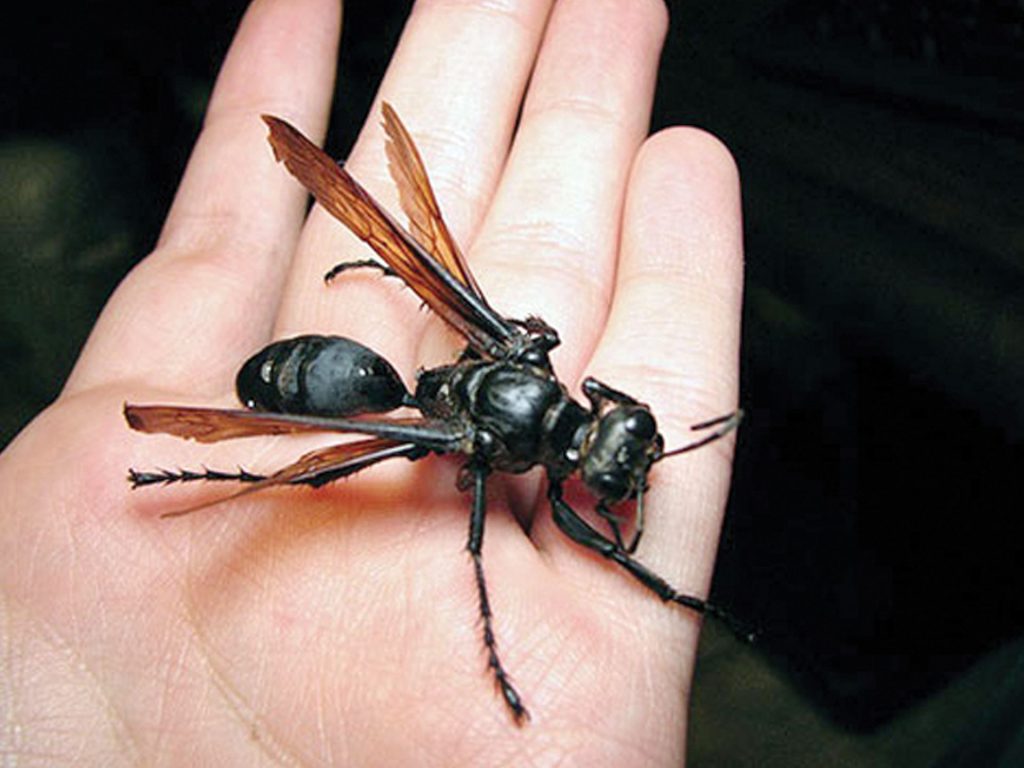 According to the beliefs of the Satyr Maui tribe who live in the Amazon forests of Brazil, a boy does not become a man until he can withstand the bites of an army of the bullet ant.

The sting of this type of ant is one of the most painful insect stings, with some saying it feels like a bullet. And the celebration includes boys putting their hands-on gloves filled with these ants as they dance.

And this ritual is not only held once, but is repeated so the boy can handle the painful bites without crying. The day a boy endures this torture without a single tear is the day he becomes a man and is celebrated by the tribe.

This annual celebration takes place in many English villages and towns in the month of January each year, and falls on the Tuesday following “Plow Monday”.

According to the tradition, a local man wears a straw suit that makes him look like a huge bear, and then wanders around the village or town accompanied by revelers who dance and sing around him, as the celebration is supposed to mark the beginning of the agricultural season every year. At the end of the ceremony, the used straw suit is burned, and another one is made later for the celebration the following year.

Night of the Radishes – Mexico 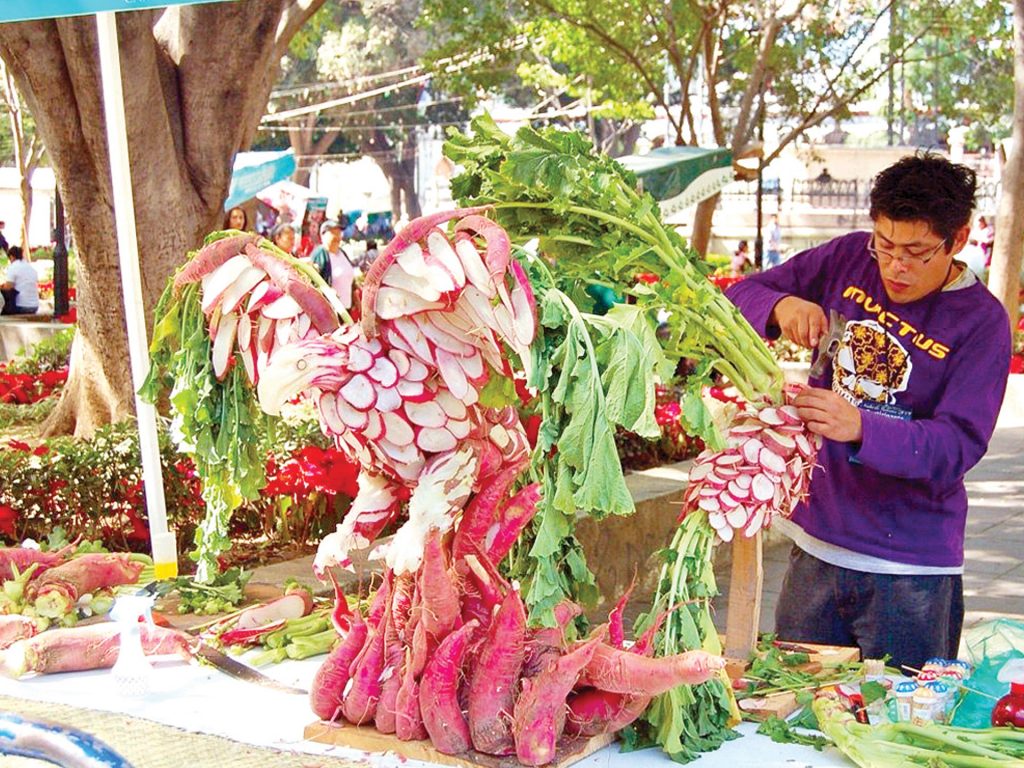 In the month of December of each year, the Mexican city of (Oaxaca) holds an event known as the Night of Radish, where many amateur and professional contestants alike meet, and compete in engraving on radish to make small masterpieces from it, and although the idea seems very funny, the results are very distinctive The enthusiasm is intense despite the relatively small prize (roughly $ 650).

As is well known, this event originally started as a way to attract customers to the annual market, but with time the event began to take its own identity and became an independent event held for entertainment and competition in the first place.

Like many other Chinese regions, the famous city of Hong Kong has its share of legends and celebrations related to it.

Every year, an annual festival is held in April or May, with traditional Chinese statues being carried and wandering the streets.

The origin of the festival goes back to a famine that struck the island in the eighteenth century, where legend talks about the fact that the famine continued until the residents carried statues and wandered in the streets, pleading for good luck