Doha: An affiliate of Qatar Petroleum (QP) and the UK’s National Grid Grain LNG entered into a long-term agreement for LNG storage and regasification capacity.

The 25-year agreement will enable the QP affiliate to utilize the Isle of Grain LNG receiving terminal in Kent from mid-2025, by subscribing to the equivalent of up to 7.2 million tons per annum (mtpa) of the terminal’s future throughput capacity. 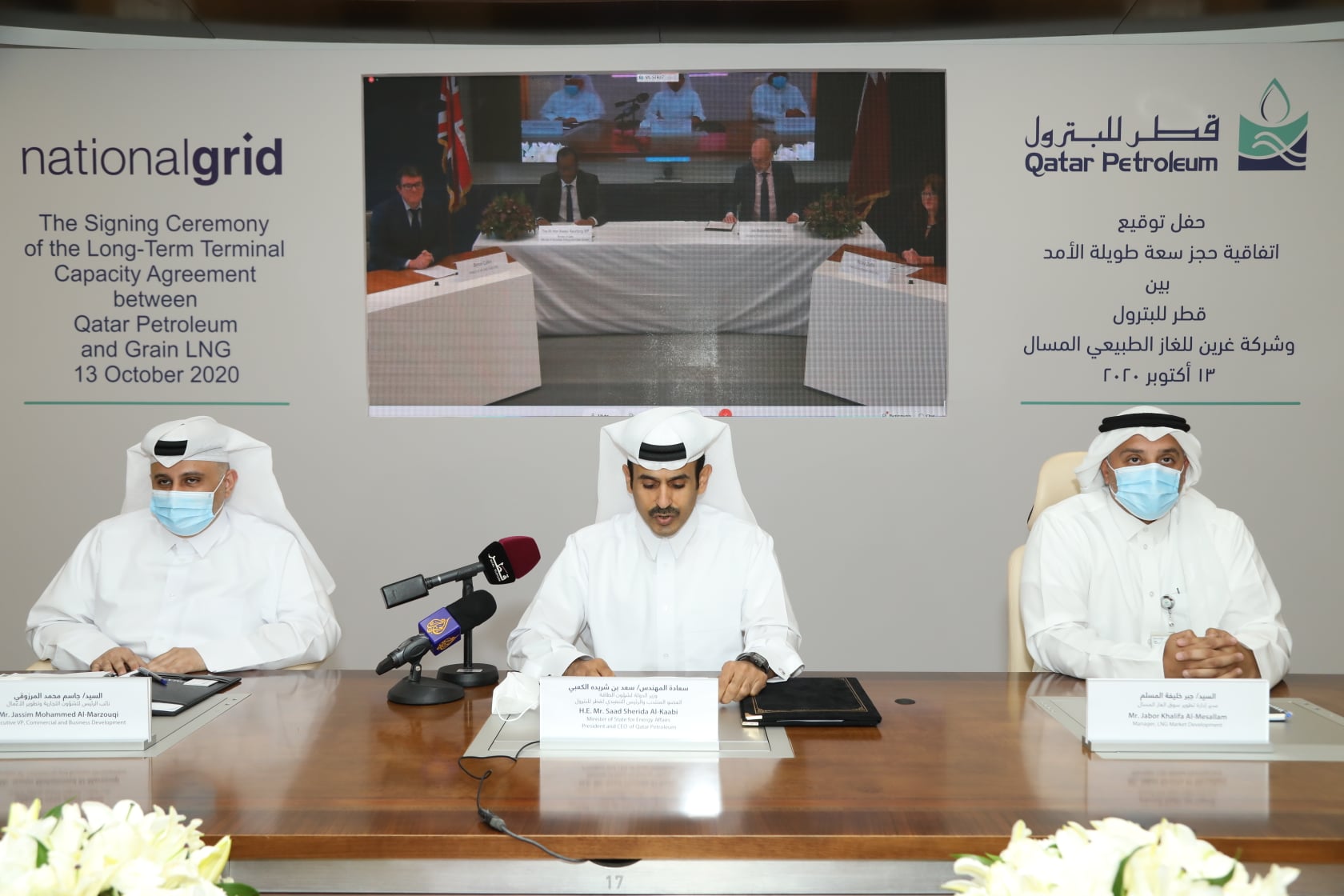 The agreement marks the conclusion of Grain LNG’s competitive “Open Season” process, which started in November 2019, and is a significant milestone for the future of Europe’s largest LNG import terminal.

The agreement was signed by the Minister of State for Energy Affairs, and President and CEO of Qatar Petroleum, H E Saad Sherida Al Kaabi, and Jon Butterworth, the Managing Director of National Grid Ventures, during a virtual ceremony held yesterday. The ceremony was attended by the Rt. Hon. Kwasi Kwarteng, Minister of State for Business, Energy and Clean Growth in the UK, and senior executives from both sides.

In his comments during the ceremony, Minister Al Kaabi said: “By entering into this agreement, we are reaffirming our commitment to the UK’s gas market. We believe this agreement will facilitate a greater role for LNG as a reliable, economic, and environmentally friendly source of energy in the UK.” 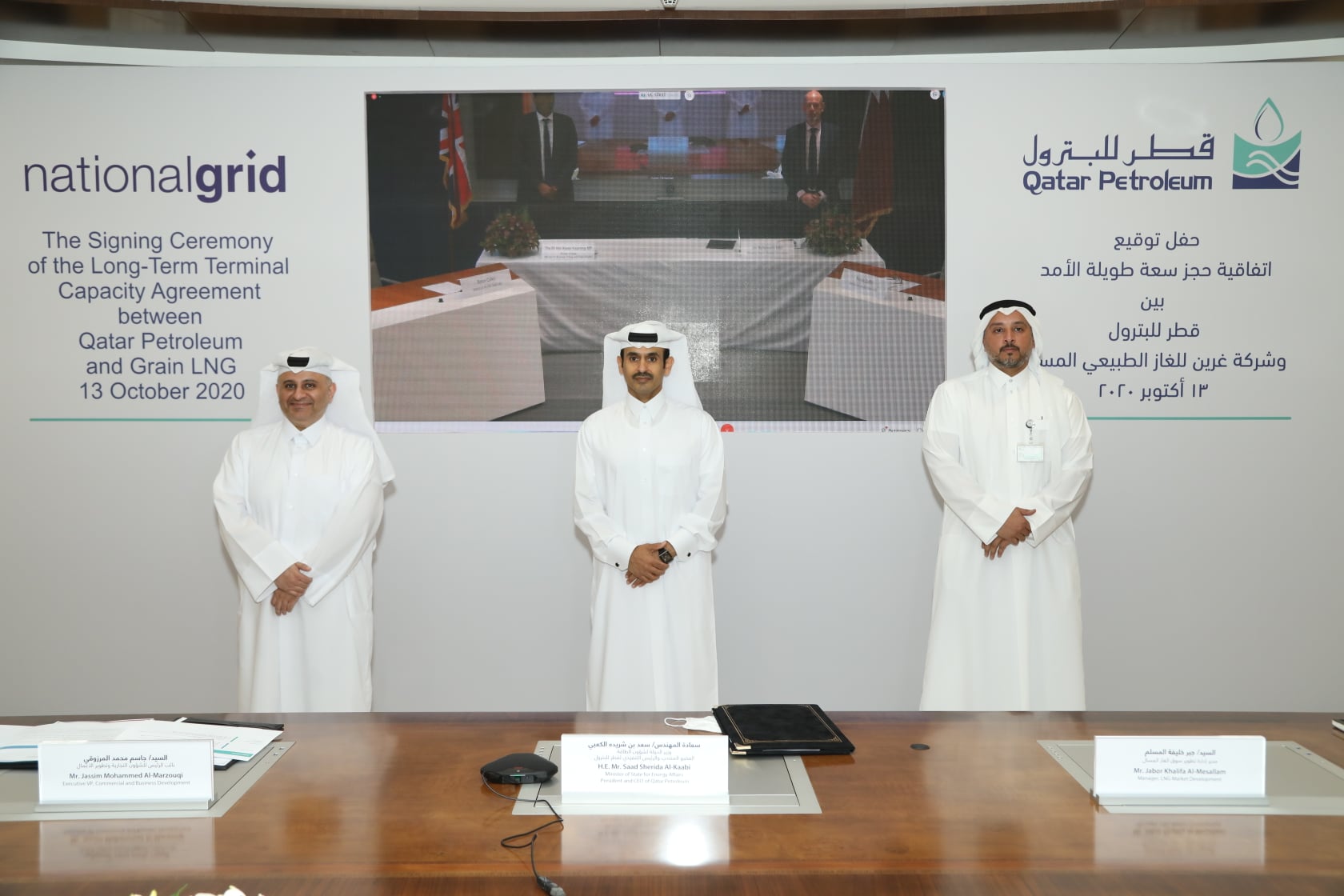 Al Kaabi also highlighted the strong cooperation between Qatar and the UK in the field of energy, as well as the importance of this agreement. “Our agreement with Grain LNG will strengthen our position in support of advancing greater access to secure, flexible, and reliable gas supplies for all customers in the UK. I would like to commend National Grid for a very transparent and successful Open Season process, and look forward to further cooperation to strengthen our relationship”, the Minister added.

On his part, Jon Butterworth said: “Today is an important day for UK gas security, for Grain LNG, and for the community around the Isle of Grain. LNG imports play a critical role in making sure the UK has the gas it needs, when it needs it. This agreement ensures that Grain LNG will continue to offer the UK a flexible and reliable supply of gas to complement the growth of intermittent renewable generation. It also secures the future of a facility that is a significant contributor to the economy on the Isle of Grain. I look forward to working with Qatar Petroleum in the coming years and to continuing to operate a world-class asset that market participants and UK consumers can rely on.” 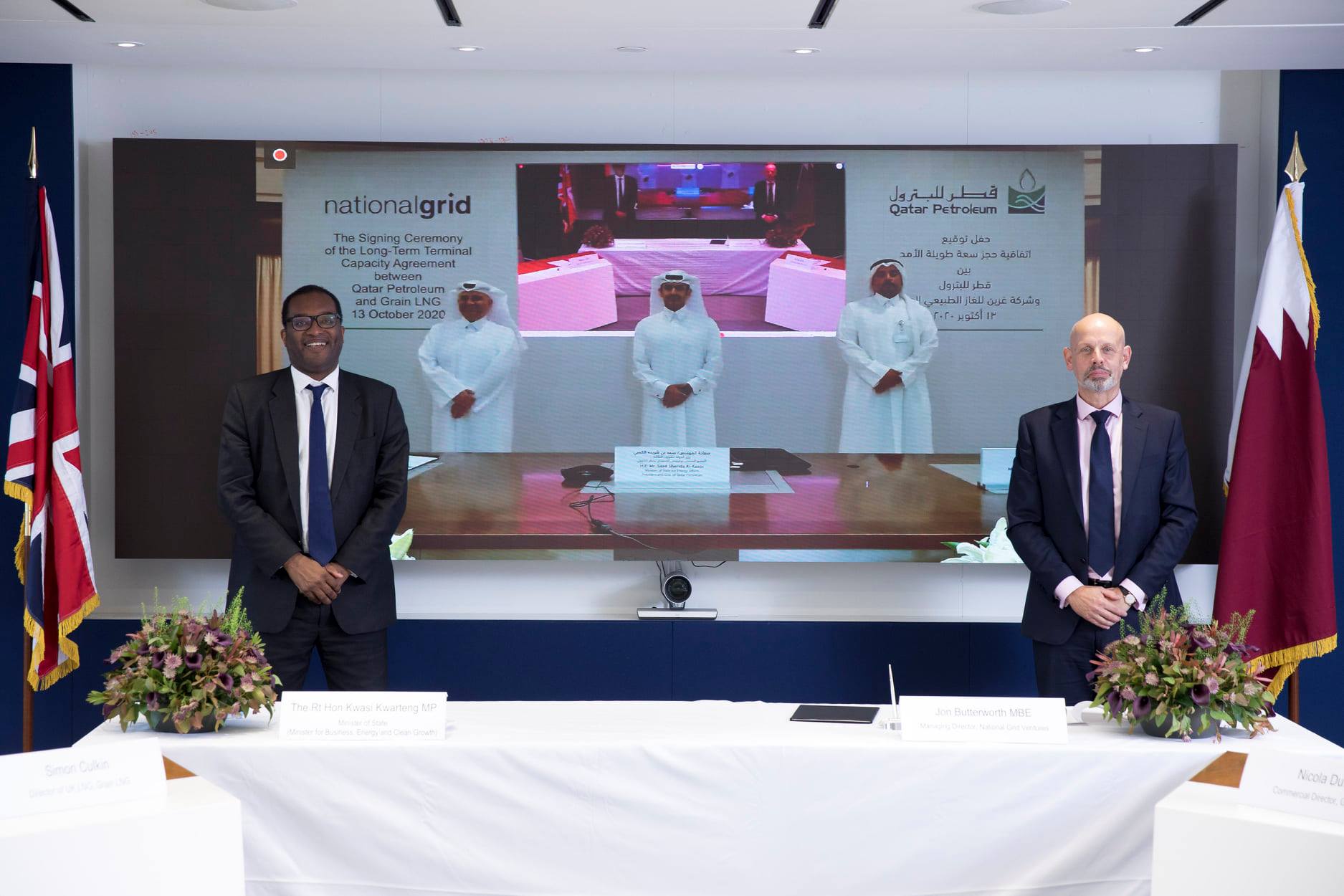 Located on the UK’s southeast coast in Kent, the Isle of Grain LNG Terminal commenced operations in 2005 and is regulated by the Office of Gas and Electricity Markets (Ofgem). The terminal is currently able to store and deliver enough gas to meet at least 25 percent of the UK’s gas demand. It has 1,000,000 cubic meters of LNG storage capacity spread across 8 tanks and an annual throughput capacity of 20 billion cubic meters of natural gas. The terminal is operated by National Grid Grain LNG Limited, which has over 30 years of experience in the LNG industry and a best in class safety record.

Today’s agreement will allow National Grid to expand its facilities with, amongst others, an additional tank and associated vaporizer capacity, bringing its future annual throughput capacity to 25 billion cubic meters of natural gas. 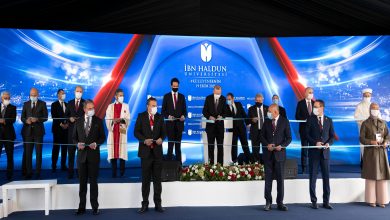 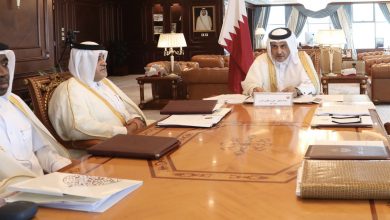