Madrid: A group of researchers from the Spanish universities of Granada and Seville and the Multi-Tech School in Lausanne, Switzerland, have announced new discoveries at the Alhambra in Granada, Spain.

The researchers once again ascended to al-Hamra Hill with a new approach to the Muqarnases of the Palace of Beni al-Ahmar al-Nasrin, the famous Islamic archaeological landmark overlooking the Bayazine district since the centuries of the Andalusian-Islamic period of Spanish history. They returned with a new methodology to the famous Muqarnases of The Black Square, which, in the first instance, relied on the study of the most important images and drawings available from the 17th to the 20th centuries. In light of it, theoretical drawings were placed on the computer, according to the geometric bases discovered in the Muqarnases in study. The Muqarnases were then surveyed in three-dimensional scanning to be thoroughly examined to determine their current state and to identify the transformations that have taken place over the past centuries.

“For the first time, this study documents and analyzes details that have not yet been known in the scientific literature,” said Professor Antonio Gameth of the University of Seville, one of the supervisors of this applied research on the Alhambra Muqarnases.

The researchers’ efforts were crowned in discovering new technical elements previously unknown, including the mismatch of all the Muqarnases, contrary to what was customary to the experts, the variation of the pieces in their formation, as well as the discovery of geometric distortions that affected the original Andalusian design.

They were able to accurately identify the pieces that are not known to date in these Muqarnases, the original and the outsider, and the transformations that have taken place over hundreds of years.

The study by these researchers allowed a more accurate and better understanding of the architectural rules that Muslim architects in Andalusia built this historical era, recognized for its aesthetic and functional superiority globally.

The Alhambra is a historic cultural landmark in the Spanish city of Granada, classified as a world cultural heritage by the United Nations Educational, Scientific and Cultural Organization (UNESCO). The Most Bizarre Events and Festivals Around the World 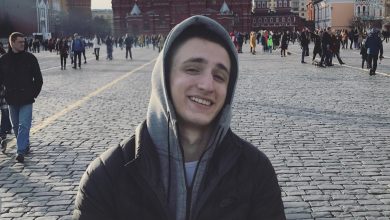