On Tuesday, the 2020-2021 school year kicked off in 283 public schools and kindergartens, 334 private schools and kindergartens, with schools adhering to precautionary measures and safety guidelines issued by the Ministries of Education and Health, where students were received during the first day, their temperature checked before entering the school, and distributed to their new classes, and all schools ended the distribution of books to students safely, by placing the books sanitized on each student’ table.

Principals of schools confirmed to Al-Sharq that the attendance of students during the first day of study did not exceed 50%, which was highly expected, since a large segment of parents and students still have fears of coming to school, and here comes the role of the school in communicating with these students and educating them and reassuring them that the course is going normally and safe for all, expecting students to commit to attend the school according to the schedule during the second or third week maximum, after fully reassuring that the school is a safe environment, so the Ministry of Education and Higher Education has instructed that absence sought not be counted during the first two weeks.

They added that the Ministry of Education is in constant contact with the higher school administrations, in order to coordinate, ensure that schools comply with precautionary measures, and to fill the shortcomings, in an effort to organize a completely safe school year for our students, as well as the readiness to activate the distance education system starting next year, pointing out that the first day saw the organization of students in classes and their awareness of precautionary measures, and the school day ended early.

Mr. Yousef Al Abdullah, director of Al Wakra High School for Boys, said that the school received students of the tenth grade on Tuesday morning, and was divided into 20 divisions, each division does not exceed 12 students to achieve social distancing, pointing out that the first class included educating students about precautionary measures and distribution of textbooks and rotational schedule, while diagnostic tests were conducted for students during the second, third and fourth classes, especially as students completed the second semester last year through distance learning because curriculums were reduced due to the circumstances. Therefore, the next academic year will see diagnostic tests to identify the educational gap, and the development of treatment plans to fill these gaps, especially for the sixth, ninth and tenth grades.

He continued: “We finished yesterday sending the rotational schedule for students based on the weekly quota sent by the Department of Educational Guidance, which determines the number of weekly classes per subject in the school, and through the platform of distance learning, pointing out that the school administration and the Ministry of Education put the interest of the student and security and safety as a priority and a necessity. The books were received early for distribution immediately during the first three days of schooling, so that the student feels stable, and the educational plan is immediately initiated.”

He pointed out that the Department of Health and Safety of the Ministry of Education and Higher Education met with the principals of public schools online, and all operational plans related to the implementation of health and safety guidelines in schools were agreed upon and implementation mechanisms, with the development of the plan to educate students during the first three days of school, and stressed that the school administration will take into account the safety of students, during their days in school, by adhering to all precautionary measures, distributing students to classes, dividing the class into two divisions, obliging students to wear muzzles and using hand sanitizers constantly, and commit to physical distancing.

Khalifa al-Mannai: The majority of students attended in private cars in compliance with the instructions

Mr. Khalifa Al Mannai, principal of Khalifa High School, praised the commitment of students to social distancing and the achievement of the requirements and obligations of the Ministries of Education and Health on the first day of their new year school, as well as wearing muzzles and using sterilizers, and the presence of each student with his personal tools, and avoiding touching each others of the traditional ways of saying hi, as well as students bringing personal food from homes, where the school closed the canteens on the instructions of the Ministry of Education.

He said that the break was divided into two periods for each group of classes so as to reduce the traffic and work to take into account the social spacing, stressing that the number of students in each class does not exceed 15 students, and the supervisors of school buses were warned that the number of students in each bus doesn’t exceed half the number scheduled, pointing out that the students attended the morning of the first day by their personal cars or through the cars of their parents, as was the return through buses, where the school has 9 buses, other than 3 for support students.

And about the medical excuses received by schools from students with chronic diseases, the principal of Khalifa High School said that the school has so far received 90 apologies for attending school days either for students or for one of their family members with chronic diseases, as we expect the number to increase in the coming days, pointing out that the certificates provided for a documented medical apology from Hamad Hospital, demanding parents to encourage students to attend school days, because it has a large positive impact on the academic level of students, which improves the performance of students in the tests that students will undergo during the coming periods.

He stressed that the school is keen to take into account the 56 students of support from the first and second levels, as well as the students of integration, estimated at 19 students, where they are treated with great care, whether by health requirements or within the classroom and the provision of escorts and their buses, stressing that they are great positive energies that must be exploited for the benefit of the nation and society to give them their right to full education.

Yousef al-Jassim: Distributing books to students in a safe way

Mr. Yousef Al Jassim, principal of Jaber Bin Hayyan Elementary School, said that the first day of school went more than excellently, and students were received from the gate and their temperature was measured before entering, and the commitment of many students to wear muzzles was noted, pointing out that the students were distributed to the classes, and during the first day the number of students in each class did not exceed 7 students, while they were divided so that in each class there will be 12 to 15 students, but he fully understands the absence of many students during the first week.

Al Jassim added that the school will be in constant contact with students and their parents, especially those who did not attend during the first week, in order to reassure them and urge them to bring their children to school only two days a week to complete the educational process properly, as well as to inform them of all precautionary measures taken by the school for the safety of our students, from obliging the faculty to wear muzzles, measuring the temperature of all those entering the school, maintaining social distancing, and constantly urging students to wash their hands with water and soap disinfectant, and use sterilizers provided by the shool on the roads and outside classes.

He pointed out that the school has been working for two weeks to equip the school through the guidance boards and divide students on the classes of the school in accordance with the directions of the Ministry, and a special committee was formed to monitor the implementation of the requirements and health precautions both on the teaching and administrative staff as well as students, noting that during the last period swabs were taken for all employees of the school, where all the results came negative and no one has been proven to be infected with the coronavirus.

He noted that the school does not receive any of the parents, as text messages were sent in all administrative and academic procedures for their children, informing them that communication is by phone or e-mail of the school. 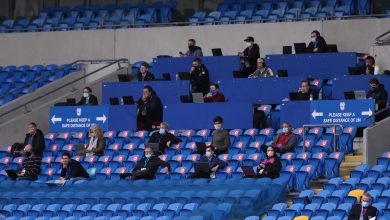 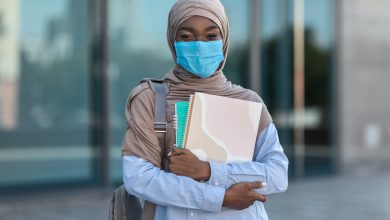 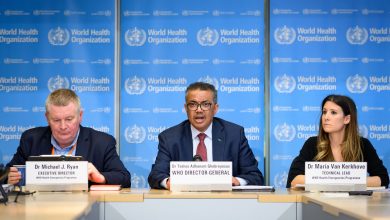