The Doha Municipality participated yesterday in a panel discussion organised by the General Secretariat of the Organisation of Arab Cities, via video conferencing, about supporting the city of Beirut, providing moral support to the Lebanese people, and developing a mechanism for the reconstruction and restoration of damaged historical buildings and structures, following the explosion of the Beirut port recently.

Director of Doha Municipality and Chairman of the Institution of the Arab Cities Award, Eng. Jamal Matar Al Nuaimi affirmed the solidarity and support of the city of Doha, its residents, and the Qatari people in general, to the city of Beirut and all its residents, who have borne the effects and consequences of the terrible explosion that occurred in the Beirut port on August 4.

He said that the painful incident that Beirut witnessed, shook the feelings of hundreds of millions around the world, and it hurt Arab peoples heart who have historical, civilisational and cultural ties to Lebanon, as one of the most important cultural influences in the Middle East and the Arab world. It is rich in cultural activities such as a free press, theatres, publishing houses, art galleries, museums and international universities.

He highlighted the active participation of the Beirut Municipality, a member of the Executive Council of Arab Towns Organisation (ATO) , in the Arab Cities Award competitions, which are based in Doha, during its previous sessions, whether through its participation in the award branches, or the participation of its specialised experts among the members of the arbitration bodies that carry out the process of selecting the winners of these awards.

Eng. Jamal Matar Al Nuaimi indicated that the State of Qatar stood by the Lebanese Republic, as Qatar rushed to establish an air bridge to transport aid that includes field hospitals and medical supplies to Lebanon, in addition to launching many popular initiatives for charitable and humanitarian organisations as an expression of solidarity with the Lebanese people in their ordeal.

He added that everyone is fully confident that the city of Beirut, through the efforts of its loyal people, will be able to overcome this great ordeal, to return to what it was, effective and influential in its Arab, regional and international surroundings. 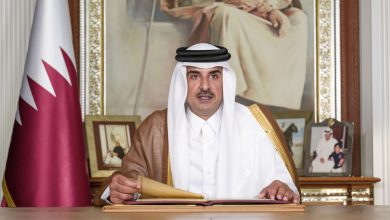