Qatar Red Crescent Society (QRCS) has concluded its 2020-Adahi project under which sacrificial animals were distributed to a total of 141,128 beneficiaries in all over the world.

Under a theme of ‘Offer Your Sacrifice’, QRCS personnel distributed the meat of 1,000 sheep as Adahi Qurbani to 1,211 families and 2,672 laborers. Meat rations were home-delivered to 60 vulnerable families living in remote areas of the country.

Musa Al Othman, Public Relations Manger at Widam, praised the cooperation with QRCS on the Adahi project for the third year consecutively. He emphasised the company’s full support to the charitable project, which met the needs of poor families.

“We are committed to the highest standards of providing and slaughtering Adahi animals as per the health and religious requirements. We look forward to continuing our partnership with QRCS towards the social and humanitarian goals of this noble project,” said Al Othman.

Internationally, the project was implemented in five countries (Palestine, Sudan, Somalia, Chad, and Ethiopia), with a total of 131,190 displaced persons, victims of disasters, poor widows, and orphans.

Overall, they received 8,590 animals, including cows, sheep, and goats, depending on availability in the respective countries.

These food provisions constituted a message of love and compassion from the benevolent donors in Qatar. The project has a dual benefit for both the donors and recipients. While being an act of worship, it is of great value to the needy who cannot afford to purchase high-quality food for their families. Also, it shows how others care for them and want to share with them the joy of Eid Al Adha, out of solidarity and unity.

According to the final report, the following activities were done in cooperation with National Societies in beneficiary countries.

Palestine received 80 cows, which produced a net of 14,710 kg of meat, to 7,355 families (44,130 persons) in the cities and villages of the West Bank, as well as villages in northwestern Jerusalem.

The project covered 2,000 poor families with widows, orphans, or displaced persons in Sudan. As much as 500 sheep were distributed to 12,000 beneficiaries in Khartoum and some states of the region of Darfur.

The Adahi project brought happiness to 4,000 Somali families, or 24,000 persons, in Mogadishu, Banaadir, Hiran, Kismayo, and Gardo. After hard times due to the recent floods, the meat of 4,000 goats provided good nutrition for their children, amid high rates of malnutrition.

Over 2,510 families found their food during the Eid Al Adha in Ethiopia. Prayers were sent to the charity payers of Qatar from 15,060 beneficiaries, who received 2,510 sheep and goats in Oromia. 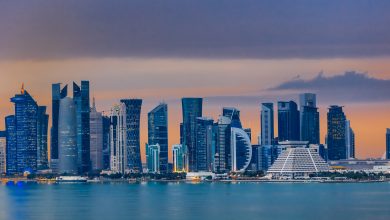