The time of fundraising TV programme was extended for 15 minutes to give opportunity to more people to extend their helping hand for this noble deed.

A total of QR65,244,865 donations were made by individuals, banks and companies operating in the country. The major donors after generous donation of H H the Amir include Commercial Bank of Qatar (CBQ) and Qatar Islamic Bank (QIB) as each of them donated QR1m. Barwa Bank donated QR500,000, Ahli Bank contributed with QR300,000.

The Group donated QR400,000. Many companies including healthcare, eateries etc contributed as per their capacity.

The fundraising campaign was organised by the Regulatory Authority for Charitable Activities (RACA) in cooperation with Qatar Charity (QC) and the Qatar Red Crescent Society (QRCS), to support Lebanese people, following the tragic disaster that struck the port of Beirut. The campaign is in line with the position of the State of Qatar towards the Lebanese people.

A number of scholars, humanitarian activists and representative from local charity organizations were guests of the programme who encouraged people to extend their helping hand for their brothers in Lebanon at this tough time.

Professor Dr. Ali M Al Qaradaghi, Secretary-General of the International Union of Muslim Scholars and Vice-Chairman for European Council for Fatwa and Research lauded H H the Amir for his generous donation.

“This is really very honourable stand of H H the Amir and this is not the first time as Qatar is known for supporting people of different countries in their tough times,” said Al Qaradaghi.

He called upon residents – citizens and expatriates — to make generous contributions. “This is our duty extend helping hands to our brothers in Lebanon.”

Farah Barri, acting charge d’affaires of Lebnon Embassy in Qatar during her intervention to the fundraising program on telephone thanked H H the Amir for his generous donation.

She said that Qatar is among those country which dispatched assistance first to Lebanon as it is well known for supporting other countries.

“We – a team from QRCS – visited the site of the incident to assess the situation of need. Medical assistance and food supplies were dispatched for the affected of the blast,” said Al Hammadi. 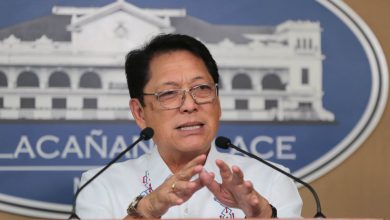